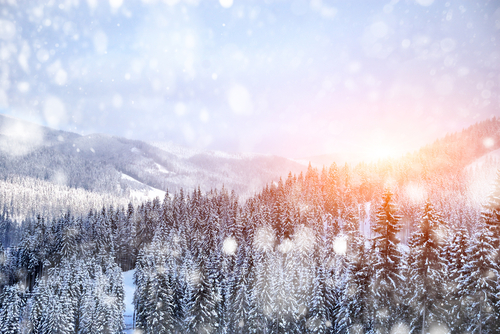 The story of Yusuf AS is a unique one among the stories of prophets in the Qur’an. Yusuf AS is the son of Yaakub AS, grandson of Ishaq AS and the great-grandson of Ibrahim AS. The uniqueness of his story is that it is the only story of a prophet that is told in entirety in a single surah in the Qur’an, Surah Yusuf, Chapter 12.

This is the most detailed and fascinating story in the Quran, involving both human weaknesses such as jealousy, hatred, pride, passion, deception, intrigue, cruelty, and terror as well as noble qualities such as patience, loyalty, bravery, nobility, and compassion. We learn about Yusuf’s AS joys, troubles and sorrows, and move with him through the years of his life as he arms himself with piety and patience, and in the end emerges victorious.

Yusuf AS is revered for his noble character and outstanding beauty. As stated by Prophet Muhammad SAW, “Yusuf and his mother were given half of all the beauty in the world.” (Tabari)

Yusuf AS was young boy, handsome, happy and very much loved by his father. He lived in the house with his younger brother Binyamin and 10 older half-brothers. Qur’anic accounts make it clear that Yusuf AS excelled his brothers as the sun outshines the stars, as might indeed be expected since he had been chosen by Allah for prophethood. It was his very excellence that gave his half-brothers cause for envy and enmity.

It was clear to his brothers that he was dearer to their father than themselves. As a prophet, Yaakub AS naturally recognised the excellence of Yusuf’s AS character and his spiritual gifts and hence he cherished him like a treasure among his other sons.

Yusuf AS relates his dream to his father.

Yaakub AS listened attentively to his beloved son and his face shone with joy, for Yusuf AS related a dream that spoke of the fulfilment of a prophecy. Yaakub AS immediately grasped the meaning of his son’s vision – that Yusuf AS would be the one to carry the ‘Light of Allah’s house”. However as quickly as the joy had sprung into Yaakub’s AS face, it vanished, and he cautioned the innocent lad to keep what he had seen to himself.

He said, “O my son, do not relate your vision to your brothers or they will contrive against you a plan. Indeed Satan, to man, is a manifest enemy. (Qur’an 12:5)

These words suggested that Yaakub AS had had sufficient evidence of his sons’ enmity towards the young Yusuf AS to make him concerned that they might scheme against him. The ten older brothers were already jealous of their younger brother. They recognised their father’s particular affection for him. Yaakub AS was a prophet, a man dedicated to submission to One True God and he treated his family and his community with fairness, respect and equitable love; however his heart was drawn to the gentle qualities evident in his son Yusuf AS. Yusuf’s AS younger brother Binyamin, at this stage of the story, was too young to be involved in any of the trickery and deception brewing.

Yaakub AS informed Yusuf AS the meaning of what he had seen, clearly an auspicious future that was in store for his beloved son.

And thus will your Lord choose you and teach you the interpretation of narratives and complete His favour upon you and upon the family of Yaakub, as He completed it upon your fathers before, Abraham and Isaac. Indeed, your Lord is Knowing and Wise.” (Qur’an 12:6)

These words would serve as a reminder to Yusuf AS that no matter what difficulties he might face, all things are in the hands of the All-Knowing, All-Wise Lord, who is indeed the Best of Planners. Yusuf’s AS story inspires us with a feeling for the depth of Allah’s power and supremacy and the execution of His rulings despite the challenge of human intervention.

Yusuf AS heeded his father’s warning. He did not tell his brothers what he had seen. It is well known that they hated him so much that it was difficult for him to feel secure telling them what was in his heart and in his dreams.

YUSUF AS AND HIS BROTHERS

The brothers of Yusuf AS did not like that he should become the only centre of their paternal love. The jealousy the brothers felt toward Yusuf AS blinded their hearts, disoriented their thinking and made small things seem insurmountable, large things seeming insignificant. They decided to get rid of him. One of them suggested that he should be put to death but the others did not agree with him because it was a terrible thing. Then another brother proposed to throw him into a pit. All of them unanimously voted in favour of this scheme.

“Kill Yusuf or cast him out to [another] land; the countenance of your father will [then] be only for you, and you will be after that a righteous people.” (Qur’an 12:1)

But one among the ten brothers was of a better nature. He suggested, “Do not kill Yusuf but throw him into the bottom of the well; some travellers will pick him up – if you would do [something].” (Qur’an 12:10)

The other nine brothers agreed to this plan and laid the plot. They believed, in their blindness, that the absence of Yusuf AS would remove him from their father’s thoughts.

They approached Yaakub AS with a plan to take Yusuf AS into the desert with them, on the pretext of letting him play and enjoy himself. Fear leapt into Yaakub’s AS heart. He suspected treachery and expressed his fear that a wolf would take Yusuf AS. Yaakub AS attempted to protect the son whom he loved so dearly.

He said, “Indeed, it saddens me that you should take him, and I fear that a wolf would eat him while you are of him unaware.” (Qur’an 12:13)

The brothers protested falsely, “If a wolf should eat him while we are a [strong] clan, indeed, we would then be losers.” (Qur’an 12:14)

Yaakub AS was powerless to protect his beloved son indefinitely from his brothers’ evil – or indeed from anything else with which his Lord might see fit to test him.

At the same time, Yusuf’s AS vision had made it clear that a very special future lay ahead of him. Because of this Yaakub AS possessed the assurance that no matter what troubles might befall Yusuf AS during his life, he would reach the exalted rank that had been promised through his vision. The final outcome, arranged by his Lord, would be for the best. Even though separation and sorrow would now come upon him and his beloved Yusuf, nothing could destroy Yaakub’s AS certainty and trust in Allah’s wisdom and mercy. And he surrendered himself inwardly to whatever the All-Wise Lord might decree.

Shaytan works in subtle and deceitful ways, and with his words, Yaakub AS unwittingly supplied his sons with the perfect reason for Yusuf’s AS disappearance. The brothers immediately knew they would blame Yusuf’s AS disappearance on a wolf, and this became part of their dastardly plan. Eventually Yaakub AS agreed and the treacherous brothers took the unsuspecting Yusuf on their journey into the desert.

As soon as they departed and went to a distance, they started swearing and abusing him. They humiliated him and threatened him. Then they agreed to throw him into the depth of a well. The brothers felt secure in their plan that a traveller would find Yusuf AS and sell him into slavery.

As Yusuf AS called out in terror, the brothers took a small goat or sheep from their flock, slaughtered it and wiped the blood over one of Yusuf’s AS garments. Completely consumed by their jealousy, the brothers took an oath to keep their foul deed secret and walked away pleased with themselves.

CRYING IS NOT EVIDENCE OF THE TRUTH

And they came to their father at night, weeping false tears. It was dark, and Yaakub AS was sitting in his house anxiously awaiting the return of Yusuf AS. The sound of ten men crying confirmed his deepest fear. The darkness of the night was matched only by the darkness in their hearts. The lies rolled easily from their tongues and Yaakub’s AS heart constricted in fear.

“O father, they cried, “indeed, we went racing and left Yusuf with our things, and a wolf devoured him.” Then observing Yaakub’s AS disbelief, they added: “But you would not believe us even if were truthful!” And to convince that they were not lying, they produced his shirt with false blood upon it. (Qur’an 12:16-18)

We can only imagine Yaakub’s AS feelings at that point: his terrible anxiety over Yusuf’s AS unknown fate – had his brothers then killed him, so that this blood was really his? – and at the same time, his horror at the naked evil that he saw so clearly within his sons. And although he was their father and a prophet, he had no power to deal with them. There were ten of them, acting as a body in their wickedness, entirely out of his control, impelled by the worst of all ill feelings, envy.

Yaakub AS had already understood and accepted that some calamity would befall his beloved son. He knew his sons were lying. It is said that they forgot to tear the clothes, and it is said that the forgetfulness never lets a lie prosper. The signs of suspicion arose and so they could not convince their father about their claim, but what were his options? At the same time, there was Yusuf’s AS vision like a bright beacon of hope, assuring him that his dearest son would live to see a distinguished future.

Yaakub’s AS trust in Allah did not waver. “Rather, your souls have enticed you to something,” the noble prophet said to his sons, surrendering his will and purpose to his Lord, “so patience is most fitting And Allah is the one sought for help against that which you describe.” (Qur’an 12:18)

NEXT: PROPHET YUSUF (AS) – PART II – ORDEALS, TRIALS AND TEMPTATIONS

The Ant of Suliman (AS)

Isa (Jesus) AS Part I

Prophet Ibrahim (AS) – Part I

subhanallah. what a great story.