Every year, the Holy month of Ramadan provides us with the opportunity to eliminate unhealthy eating patterns and gives our overburdened digestive systems a much-needed break. During this sacred month, the rituals of fasting, night prayer, and reading the Holy Qur’an on a daily basis can have a transformational effect on our overall sense of well-being and contentment.

However, now that the blessed month of Ramadan has passed and the Eid ul-Fitr festivities are over, here are 10 tips for maintaining the incredible health benefits and habits that you worked so hard to gain in Ramadan.

Try fasting two days a week after Ramadan. Scientific research has shown that intermittent fasting is beneficial for the body and mind. Studies have shown that periods of intermittent fasting speed up the process by which the wastes left by dead and damaged cells are removed from the body. Scientists believe the failure of the body to get rid of this excess waste regularly results in an increase in the appearance of chronic diseases, especially those associated with ageing, such as cancer, diabetes and cardiovascular disease.

Fasting has also been shown to result in physical and mental benefits, such as improved memory, sleep, concentration and increased energy. Occasional fasting has also shown to accelerate the activity and growth of nerve cells.

To follow the sunnah of the Prophet ﷺ, try to fast on Mondays and Thursdays. Abu Hurayrah رضي الله عنه‎  reported that the Messenger of Allah ﷺ said:

“Deeds are presented on Monday and Thursday, and I love that my deeds be presented while I am fasting.”
[Tirmidhi]

Also, try fasting the 6 days of Shawwal. There are enormous spiritual benefits to fasting in Shawwal.

“Whoever fasts during the month of Ramadan and then follows it with six days of Shawwal will be (rewarded) as if he had fasted the entire year.”
[Muslim]

Make a habit of eating 2-3 regular meals a day (similar to Ramadan), rather than 6 small ones. The sensation of hunger between meals, contrary to popular belief, can be of great benefit to our physical health. According to a study published by PLOS ONE, the sensation of hunger may actually protect against Alzheimer’s disease.

The feeling of hunger can also have spiritual benefits too. Ibrahim ibn Adham said:

Keep eating those dried fruits that you made a habit of eating during Ramadan.

Dried dates and figs are both excellent source of iron, fiber and antioxidants that protect against harmful free radicals, which are associated with ageing. If you have a sweet tooth and must have dessert after meals, have three dates instead of a dense, nutrition-deficit piece of chocolate cake.

“He who eats seven ‘Ajwa dates every morning, will not be affected by poison or magic on the day he eats them.”
[Bukhari]

Practise the 80/20 rule and eat only until you are 80% full. A good way to do this is to eat slowly, so you are aware of your satiation level while you eat. Eating on the go or while watching television are surefire ways to overeat and hinder your body’s ability to properly digest what you consume.

During Ramadan, the ritual of fasting allowed us to consciously recognise our body’s hunger and satiation signals. Therefore, avoid returning to mindless eating habits and most importantly beware of overeating, as the Messenger of Allah ﷺ was reported to have said:

“The people who most eat their fill in this world will be the most hungry on the Day of Resurrection.”
[Ibn Majah]

5. Use the Rule of Thirds

Ramadan was an excellent opportunity to learn how to plan our meals carefully and avoid the after-iftar slump that hindered our ability to pray taraweeh comfortably. After Ramadan, use the rule of thirds to keep your daily energy levels up and prevent the sense of heavy-headedness that often follows a heavy meal.

“A human being fills no worse vessel than his stomach. It is sufficient for a human being to eat a few mouthfuls to keep his spine straight. But if he must (fill it), then one third of food, one third for drink and one third for air.”
[Ibn Majah]

The excessive consumption of sweets that followed the long days of fasting in Ramadan and that were a big part of Eid celebrations may have taken its toll on your digestive system. Try adding a probiotic supplement to your daily regimen to replenish the levels of good bacterial flora in your intestines. Studies have shown that probiotics can also help keep colds and infection at bay as well as improve women’s health and metabolism.

Do not neglect your emotional health; rather, look to continually strengthen it. One of the things we miss the most when Ramadan is over is that feeling of well-being and satisfaction after days and nights dutifully immersed in soulful supplication, night prayer and reading the Holy Qur’an. Meditation has been proven by researchers to be highly therapeutic for individuals suffering from depression, anxieties, phobias and addictions. It is no wonder then that a month spent in spiritual ‘spring cleaning’ has such a calming and restorative effect on our state of mind and level of contentment.

One way to rekindle the feeling of spiritual well-being is to wake up 20-30 minutes before Fajr for the night prayer and dua (supplication).

Also, do not forget to make the practice of reading the Qur’an and performing dhikr an intrinsic part of your day.

Keep the sadaqah flowing and reap the mental health rewards of giving. If you were supporting disadvantaged families in Ramadan, continue to do so after Ramadan. The act of giving, whether of your finances, skills or time, is extremely rewarding not only in the Hereafter but also here on Earth. Evidence has shown that small gestures of kindness or more significant ones, such as volunteering in the community, can substantially increase your overall sense of happiness and satisfaction.

“The example of those who spend their wealth in the way of Allah is like a seed [of grain] which grows seven spikes; in each spike is a hundred grains. And Allah multiplies [His reward] for whom He wills. And Allah is all-Encompassing and Knowing.”
[Qur’an: Chapter 2, Verse 261]

Remember that you are a role model for others in your life, whether they are your friend, sibling or children. Therefore, Ramadan was a great opportunity to model great behaviour for young children. It also allowed them to witness the fruits of delayed gratification after a long day of fasting.

And if you are a parent, remember that your eating habits and behaviour will shape your child’s attitude towards food for the rest of their life. Be a good role model and demonstrate a healthy approach towards making food choices and performing regular exercise.

10. Abstain From Smoking and Make Exercise a Priority

For smokers intending to quit, Ramadan was an ideal time to gradually stop smoking and eventually curb the harmful habit altogether. Once Ramadan is over, if you are a smoker, do not give in to the temptation of having a cigarette after meals. Continue to replace this addictive and toxic habit with healthier ones such as exercise.

Stay motivated with positive self-talk, pat yourself on the back for making good food choices and make exercise a priority by sticking to your workout schedule. During exercise, your body releases endorphins, serotonin and dopamine that together improve your mood, keep you feeling healthy, fit and strong.

“There are two blessings in which many people incur loss. (They are) health and free time (for doing good).”
[Bukhari]

Finally, always remember that great health maximizes productivity in all areas of your life. Make your health a priority, treat it as a blessing and you will begin to see amazing benefits, In sha Allah.

Source: Brought to you by the Productive Muslim, read more here. 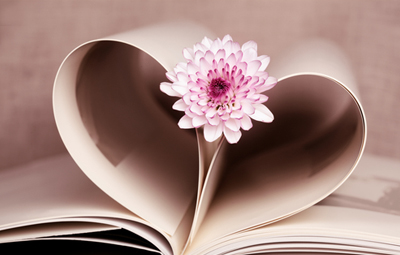 Invest in Your Spiritual Productivity During Non-Praying Days 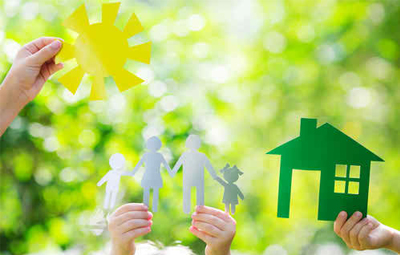 50 Productive Ramadan Activities For The Youth 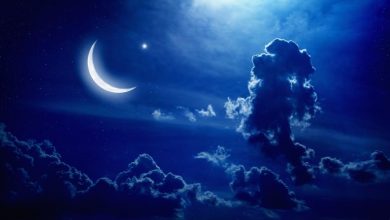