Fatimah RA was the youngest daughter of Prophet Muhammad SAW and his wife Khadijah RA.

The Prophet SAW was reported to have said that, “The best women in the entire world are four: the Virgin Mary, Asiya the wife of Pharaoh, Khadijah Mother of the Believers, and Fatimah daughter of Muhammad.”

Fatimah RA was also bestowed with two titles; “az- Zahra,” which means “The Resplendent One,” in reference to her radiant face. She also had the title “al- Batul,” referring to her pure character. If we examine her short life, we can see that she was an inspiration, one who embodied the qualities of courage, loyalty, humility and selflessness.

Fatimah RA was around the age of five when her father received Prophethood. As a young girl, she demonstrated her fearlessness on one particular occasion when she visited the Masjid Al- Haram with the Prophet SAW. As he began to pray, a group of Quraysh gathered around him. A member of the clan fetched the remains of a slaughtered animal and threw it on the shoulders of the Prophet SAW whilst he was prostrating. Fatimah RA however did not stand back; she removed the filth from her father and angrily lashed out at the enemies. A girl, who was not even ten years old, silenced a group of brutes.

Early on, Fatimah RA experienced and witnessed a great deal of sadness and hardship. Firstly, there was her sisters’ departure following their marriage. Furthermore, her sisters Ruqayyah and Umm Kulthum suffered severe mental torture as they were both married to the sons of Abu Lahab, the Prophet’s SAW uncle and staunch enemy.

Then the family and followers were forced to leave their home as the persecution at the hands of the Quraysh intensified. Life became very tough as the Quraysh practically banned food and any contact with the Muslims. Shortly after the boycott, Fatimah suffered one of the greatest tribulations with the death of her mother.

Fatimah RA was well known for her compassionate and gentle personality. She was generous, helping the poor and needy; often she would give her food away even if it meant going hungry herself. She lived a very simple and humble life, without any care for luxuries.
This humble existence continued throughout her marriage to Ali Ibn Abu Talib RA. Unlike her sisters’ husbands, Ali RA was poor and both he and Fatimah RA had to work very hard. On one particular occasion, life became so unbearable that they went to the Prophet SAW to ask him for servants. Rather than giving them servants, the Prophet SAW taught them to recite Subhan Allah, Al Hamdulillah, Allahu Akbar after each prayer and before going to sleep. In many ways, their marriage had more barakah; it was based on piety and righteousness, and above all, they had the blessings and dua of the Prophet SAW.

Fatimah RA eventually gave birth to four children. The Prophet SAW was very close to his grandsons, Al-Hasan and Al Husayn, and would often be seen with them.

Despite being busy with family life, Fatimah RA still dedicated herself to the Muslim community in Medina. Along with other women, she played a key role in the Battles of Uhud and Trench, such as tending to the wounded and preparing food.

Fatimah RA passed away at the age of 29 during the month of Ramadan, just less than five months after her father died. Such strong and pious women are true role models for both Muslim men and women. 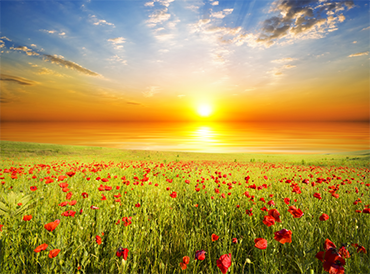