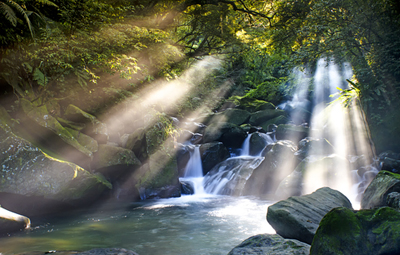 Once the haze of anger cleared, Qabeel realized that he did not know what to do with his brother’s corpse. He was paralysed. Arrogance gave him another disease, which was ignorance, leading him to become a slave to his inner shaitan. Qabeel did not feel this agony with humbleness, for if he had done so, he would have turned to Allah for repentance. Instead, he regressed into a deeper mistake, which was to be arrogant towards Allah, rather than seeking His mercy and repentance. The cycle of Iblis in Paradise against Adam AS and Hawwa was repeated.

Allah solved Qabeel’s predicament, by sending a crow, which scratched the ground to educate him how to hide the body. Qabeel, realising the utter shame of his ignorance that even a crow knew better than he did said: “Woe to me! Am I not even able to be as this crow and hide the dead body of my brother?” (5:31)He then buried his brother in the earth – the first burial in mankind.

What eventually happened to Qabeel is not conclusively documented in Islamic tradition. There are a few Israelite accounts on how the remainder of his life was spent, but we shall not be examining it here.

From the reaction of Adam AS, we can learn a fundamental rule of parenthood – justice. Parents are required to treat their children fairly to avoid creating jealousy between the siblings. Unjust treatment of children creates confrontation and conflict within the family structure, and can create serious damage for generations to come.

Consider our roles as parents. The child absorbs every good or bad manner displayed by their parents. Parents are the core role models and set the main environment for their children. If parents are unjust to their children, they are accountable for those affected by such injustice – not just their children, but all the coming generations as long the cycle of mischief and injustice continues. This applies to all aspects – equality in love, manner, showing affection, anger, clothing, money, inheritance and even toys. Adam AS was aware of this, which is why he did not risk ruling unjustly in favour of one child, but instead asked them to turn to Allah to solve the dispute.

Despite Adam’s AS fair upbringing, Qabeel chose to depart from the path ordained by Allah. This makes evident that children have their own distinct personalities and individual destinies. The duty of the parent is discharged when they set the best role model and correct upbringing for their children within Allah’s guidelines. Guidance is only from Allah, and while the parents have the obligation of showing their children the right way of life, it is up to Allah to bestow upon such children His guidance.

The magnitude of Qabeel’s crime is illustrated by the following hadith: “No soul is killed unjustly but the first son of Adam bears a part of that sin. Because he was the first to initiate this tradition of killing.” (Bukhari). This hadith does not imply that the murderer is exonerated from his crime. Rather, whenever a murder is committed, Qabeel will also bear the sin of that murder, being the originator of such action.

Let us pause. Do we consider the consequences of our actions, not just in the immediate terms, but also the long term repercussions which can survive our death?

If our evil or corrupted actions are repeated by others, we bear the consequences of the sins that come attached with it. Similarly, if we carry out good deeds, every such act replicated by them will also earn us the rewards until the Day of Judgment. As long as our actions are imitated by others – whether a kind or harsh word, an act of oppression or kindness, a spiritually healthy or corrupted gesture, a generous or selfish act, caring or abusive behaviour, a good deed or a crime; we bear the consequences of such actions, even if these acts are carried out by those in the coming generations. We should think long and hard about this, for what we reap in this life and after our death depends on the seeds of the legacy we leave during our lives.

The repeating theme of the tale of Habeel and Qabeel, is that when we live in a journey of faith. We should be content and thank Allah. We should show gratitude constantly. We should not falter in His remembrance.

We should learn to be happy with what we have, instead of looking at what others have. With whatever we have, we should be generous with it. If one was truly thankful, there is no need for comparisons, for example, how the neighbours decorate their houses, or the types of cars that friends drive. If you are looking at life with the eye of contentment, such comparisons are wholly unnecessary. Such comparisons lead to sleepless nights and misery. Wealth does not bring contentment, for a discontented person will always find a basis of comparison – if not belongings, then the number of their children, or the beauty of their spouses. The discontentment immerses the person in greed and sickness, and again, this is the cause of all our diseases, causing them to lose time and distract themselves from the advice of Allah.

We have seen consequences of the qualities hated by Allah – not being contented, comparing, blaming and complaining, not thanking Allah and not submitting to His qadr. The lives of Habeel and Qabeel clearly illustrate the path that takes us to the pleasure of Allah and the path that leads to the anger of Allah.

Which path should we take?

When Allah put them to the test, Habeel surrendered and had faith in Allah. He gave the utmost to sacrifice as commanded by Allah. The one who was not contented, Qabeel, had his heart packed by Satan with envy, jealousy and hate. From this story, we can grasp the mother of all evils – lack of thanks, lack of contentment, and constant blaming and complaining, which imminently lead to the majority of diseases of the heart. These were the diseases that infected Qabeel’s heart. On the other hand, we can see the opposite in Habeel. He carried within him the mother of goodness, contentment, gratitude and remembrance to Allah. He had faith in Allah and constantly surrendered and submitted to the decree of Allah.

Let’s come to grasp the reality of our own personalities, and think, who am I? Some early scholars said that every one of us has elements of Habeel and Qabeel within us, good and evil, and it is up to us to strive for goodness and struggle against our evils to elevate ourselves. Every family has a Habeel and a Qabeel. Society contains components of Habeel and Qabeel. It is up to us to realize who we are and our contributions to ourselves, our families and our societies – and most of all, who we want to be. If we follow the advice of our beloved Prophet SAW, the choice is clear, we should strive to be the better of Adam’s AS two sons. 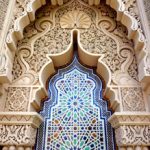 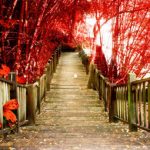 Lessons from Surah Al-Kahf: The Trial of...