I Have Hurt People before and after Puberty

I can recall times when I was younger when I have hurt individuals through my words or actions. For many of them however, I cannot recall particularly if the incidents took place before or after I reached the age of puberty. Additionally, some of them were against members of the opposite gender.

As far as I can remember, nothing grave was done to their rights and there is nothing that I can do to return matters to an original state (i.e. no money was taken and no property was damaged, but I surely hurt those individuals). Since then, I have seen some of these individuals and though they have not expressed anger towards me, I always fear that they are holding on to negative emotions towards me in their hearts.

Please advise me on how I should go about dealing with this. How can I fix these mistakes? What do I have to do to rectify these situations (both for before and after puberty, and in cases where I am not sure when it occurred)? Am I accountable for having hurt someone else before I reached puberty?

Dear questioner, your concern is valid, and it is true that we are responsible for every word and deed we do after we reach puberty.

The question is how we can make this genuine concern actionable. As you mentioned, many of these wrongs are neither financial, such that they could be returned, nor are they of a nature that would allow you to formally seek forgiveness without that causing bigger problems.

The answer is to try your best to give extra charity, extra prayers, recite extra Qur’an, without that violating your current obligations to your family.

You should bring to mind these sins now and then, and seek genuine forgiveness, but it should not reach a level of depression or obsession.

At the end of the day, Allah is greater than us and our sins, and He can find a way for the sins to be forgiven. This could be by inspiring those that we have wronged to forgive us now or on Judgment Day, or by giving us extra deeds that will be rendered over to them as recompense.

As for you current interactions with such people, we were all young and foolish at some time in our lives, Muslims and non-Muslims alike. I doubt each and everyone of the people we have hurt or insulted or teased is still holding on to each and every offense we did them. People do grow up and move on, usually. For this reason, I don’t think you should give too much consideration to what offenses they are still holding on to. I would imagine that they have forgotten or now ignore such historic events.

Holding on obsessively to one’s past crimes is to doubt in Allah’s omnipotence and complete control of the whole universe. And to forget one’s sins is to deem light that which is terrible in His eyes. We have to tread a healthy middle way that moves us to action and new resolve, as opposed to depression. As one scholar put it, “Don’t be sad, and don’t be depressed, and don’t be comatose. Just get going!”

Say, ‘O My servants who have transgressed against themselves [by sinning], do not despair of the mercy of Allah. Indeed, Allah forgives all sins. Indeed, it is He who is the Forgiving, the Merciful.’ (Sura al-Zumar 39:53)

Proudly brought to you by Seekers Hub, more Seekers Hub can be found at http://seekershub.org/ans-blog/2018/12/03/hurt-people-puberty/ 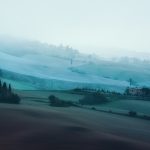 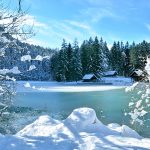 Will Allah Be Displeased With Me?

My husband uses me just for intimacy?