Masjids and Markets – A Timely Reminder 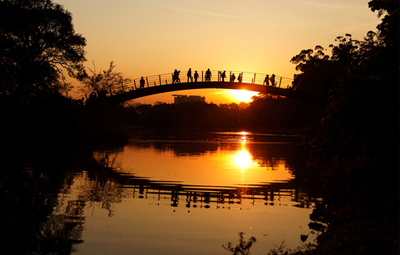 About five years ago, I participated in the awaited holiday season shopping events for the first time. At 17 years old, I was ecstatic to be a part of the biggest shopping event of the entire year for the first time in my life. However, today I will not tell a story about how great of an experience I had or how much money I saved in entirety on this date, but I will share a narrative about my first and last time ever participating in those events for as long as I live.

My close friend and her family had just arrived to spend the extended break with us. Excited for the extreme shopping season, I ended up spending the night at my friend’s hotel, so we could leave early in the morning to catch some jaw-dropping deals.

After grabbing breakfast to go, my friend and I proceeded to the outlets in order to catch some early bird deals. The hype and the exhilaration on this day were surreal. Clothing, shoes, handbags, jewelry, accessories, and extreme discounted prices had overtaken the life of every single person at this outlet mall. It would be fairly accurate to associate this event with the phrase, “Live in the moment.” After spending a few hours at the outlets and fawning over some things we bought for our family members, my friend and I departed from the marketplace and back to the hotel in order to pick up the men and boys and drop them off to Friday prayers.

The car ride, for some reason, seemed unusually long. Maybe it felt endless because I have had an issue with carsickness since I was a child. Or maybe it was a deep foreboding about the events that were about to happen which would shake us all for a lifetime. It may have just been a combination of both. Upon arriving at the mosque, my friend, the females in her family, and I dropped everyone else off to the entrance of the mosque and we made a right turn around the curb in order to leave the masjid parking lot and head to my house, which was literally around the block.

The events of the next few minutes felt like hours. As my friend attempted to drive out of the parking lot, I sat in the farthest seat in the back like a normal passenger would, in a completely nonchalant way…until I heard the first thump. “Was there always a speed bump here?”, I thought to myself. I assumed there was, until I heard the sound for the second time. There was no way there could have been two speed bumps in the parking lot with only a second in between. I heard my friend, the driver, shriek and frantically run out of the car.

I was petrified to turn around but looked out the back window of the SUV and saw a cherubic child lying on the ground, struggling to take his last breaths. He was dashing in between cars in the parking lot, on a Friday, a Friday when people are engrossed in materialistic matters, dressed in a white thobe, a white kufi, and rushing to make the Friday prayers while the athaan was being called. My heart plummeted to the deepest pit of the inside of my body. My mind swirled into an abyss as I scrambled to regain my thoughts. I watched my friend topple to the ground in hysterical tears next to the child at the horror of what had just occurred. Less than an hour ago, we were so engrossed in materialistic endeavors and suddenly the disposition of the day’s events made a drastic turn.

The little boy returned to his Lord, just hours later. Since that day, he and his family have been in my prayers. To anyone reading this, the point of this article is not to condemn any holiday shopping events or probe into the details of the accident. I will say, however, that the point in writing this article is to be wary of getting trapped into the consumerist culture and events which are about to overcome millions of people in a matter of days. It is so effortless to become caught into materialistic charms of this world. While millions begin to embark on the journey of temporal satisfaction, please think about the less fortunate and consider those individuals who have been tested in ways that are very real. That was the first and only time I somehow was inundated into jumping on the events of the Western bandwagon, and I never plan on doing it again. I haven’t even driven on that side of the mosque parking lot on a Friday since that day.

As a reminder to myself, first and foremost:

“The parts of land dearest to Allah are its mosques, and the parts most hateful to Allah are markets.” (Sahih Muslim, Book 5, Hadith 364)

May Allah abundantly bless and guide every single person who is reading this, aameen. 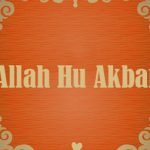 Today’s Beautiful Hadith is about Allah 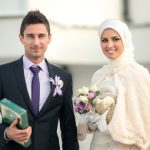 Today’s Beautiful Hadith is about Marriage

Breaking the Cycle of Sin

The One Thing You Should Be Doing...