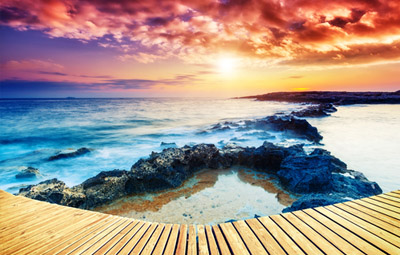 My name is Maryam and my journey to Islam started just a few months ago.

I was interested in this religion and I wanted to know, what is the religion, which orders people to kill each other just because they believe in different things? I wondered, how God can order you to kill someone. I was a Christian and as all Christians do, I was looking for mistakes in Islam, so in future I could be able to defend my religion. I collected some books about Islam, about Jesus in Islam, about Mary in Islam, because as a Christian, these subjects were the most important for me.

I was looking for the websites and forums from where I could get more information and step by step I started to feel freedom. To feel freedom in asking questions and happiness – to get answers. I’ve been Christian for 24 years and I never dared to ask questions why I’m praying to Jesus? Why I’m praying to Mary? Why I’m praying to some paintings on the wall? Because for every question there was one answer: “you just have to believe”. And if I kept asking then I was getting another answer: “you’re far away from church, your faith is weak and the devil is in you. How can you doubt your religion?!”

Day by day, getting more and more information, I came to know, that Islam is a religion, which makes you use your brain and heart, which makes you think, giving you the right to ask questions and get logical answers. Something started happening in me. Mixing up emotions: fear, happiness… You’ll agree with me, that changing religion isn’t an easy thing and I decided to rely on Allah, because I was sure that He was the only one who could help me in that situation. In that day, I prayed like I’ve never prayed before, my face was on the floor and I felt that I totally submission myself to Him. I was crying and I couldn’t stop and then I felt peace… I took shahadah and alhamdulillah, I fasted Ramadan.

Till now I’m studying Islam and I’ve found out so many things but there is one, the most important thing that I want to share with you. In the beginning of my journey I read that we all are born as a Muslims, but after based on the country religion, based on a family traditions, based on a family religion, consciously or unconsciously, we are changing ourselves. Same happened with me, I was 7 years old when I was baptized and nobody asked me if I wanted that or not. Before baptizing I couldn’t enter the church, I couldn’t pray and people were telling to my family that if they will not baptize me as soon as it’s possible, devil will have control of me.

Since that time I was asking to myself, why God isn’t protecting me without baptizing, what I did wrong??? This is why this case is important for me, I was born as a Muslim and God was protecting me from the beginning, especially when I was a kid and couldn’t realize so many things. So, if I like everybody else was born as a Muslim, why people who were born in a Muslim countries, in a Muslim families, are calling me a “New Muslim”? Do you think I’m a “New Muslim”? If there is a family which’s child got lost his/her way to home and later he/she found it and went back, will this family call him/her a “new member” of family? Or they will say that he/she is a part of family who was lost and now he’s/she’s found?

It doesn’t matter in which country we were born, originally we all are Muslims, and every single person on this earth has the moment when he/she has to realize that he/she belongs to Allah… 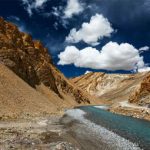 Today’s Beautiful Hadith is about Doubt 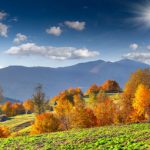 Today’s Beautiful Hadith is about Earnings

Jazak’Allahu Khayran very beautiful sister 🙂 may Allah continue with showering his blessings upon you, Ameen 🙂