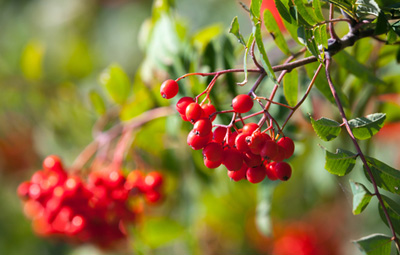 Growing up in America there are subtle and inherited aspects of Christianity in society but religion is not a major factor in many people’s daily life. Since I was very young my grandmother would bring me to church on the weekends and there would be the regular Bible studies as well as summer camps. As I got older I was less involved in church and spent more time with school, sports and so on. I was always in advanced math and sciences courses throughout my school year and had a high interest in them.

During high school I left religion altogether and became an Atheist, especially after discussing some matters with a particular teacher who was a staunch Atheist. I later joined the military when I turned 17 and was still in high school. It was around this time that I renewed my faith and became a born-again Christian. Through reviewing the actual arguments of the Atheists one can see that the argument against belief in God is shallow and while the claim that belief is illogical one sees that it is the only true conclusion for one who reflects on science, nature and reality. It was after this experience that I began reading the Bible daily, praying actively and really being religious.

Then after that summer 9/11 happened. Every where in the news and at every social gathering people were discussing how Muslims believe that the more disbelievers they kill the better their place in Heaven will be and other beliefs that would make one never even want to take an interest in knowing such a “savage” religion. Many people stop there and develop a blind hate for Islam and I did as well. I was your average white American in the military who had a strong hate against Islam and Muslims. For many months this only became further hardened by the non-stop media coverage of everything evil about Islam.

It was three months later that one of my teachers made a proposition that if any of us made our project something original and unique that we would get an automatic passing grade for the class, to encourage creativity. My project was a game based on recent events. Since the project was due after our week long Christmas break, I decided to bring it home and add more detail to the game in my free time. I went to Google to search for some pictures and that’s when I came across some actual articles about Islam that opened my eyes.

I remember reading the headline for one article that explained how Muslims believe in Noah, Abraham, Moses, Jesus and other prophets that I had grown up knowing as a Christian and that I read about daily when I read and studied the Bible. As a practicing Christian this really intrigued me, how could they believe in these prophets but not be Christian? I put the game aside and ended up not touching it again because I focused on reading actual articles and books, rather than news aimed at sensationalizing our hate towards what one or two Muslims did. I would literally wake up and read about religion and then fall asleep while in the middle of reading more, all day long during my break.

During this reading I reflected that when someone desires to be religious and have a relationship with God they turn to what they know and were raised with – not necessarily what is the truth. I decided that in order to be a true Christian I would have to look at Islam and other religions and choose Christianity, not just have it because it was a default. It was after studying early Christian history and seeing that the original message of Jesus was not what was followed by the Church who then standardized dogma and burned anything (and anyone) who went against them that I found God did what he had always done and revived His religion and the true message via sending a prophet, which was Muhammad (peace be upon him) who was born in 571 – after hundreds of years of councils starting with Nicaea in 325 to create what is now known as Christianity.

I also studied the Quran and read about the fact that it had never been changed, even a single letter. As a Christian this was a big factor since we’re always told that the “Holy Spirit” guided those who wrote and compiled the Bible but then history shows us that it has been tampered with and we have no originals to confirm anything. You also see, when you read the Quran, that it is the direct and literal Word of God in the first person – not someone who saw someone else do something and then told it to another person who wrote a letter to another person and then a book compiled off those letters (which the originals are lost) and read as a narrative story – the Quran was God’s Word and He was talking to me. Additionally I read of fulfilled miracles and prophecies of Muhammad (peace be upon him) and the Quran.

Through this research and study I wanted to meet a Muslim and discuss the religion. I had never met a Muslim before so I set out to find a local masjid (mosque) but could not find one anywhere near my house so I turned to the internet and chatted with Muslims via IRC chat rooms and had a dialogue with people from Asia, Europe and even a spanish convert in America. Through dialoging with them about the details of these beliefs I could no longer deny the truth that was so obvious.

Before becoming Muslim I had the doubts that would whisper in my ear “but you’re not an Arab, Islam is only for Arabs” or “what will your friends and family say, especially after 9/11″ and so on. These were simple doubts and had nothing to do with being sincere to follow God in truth so they were minor and short lived. I became Muslim by testifying in my own bedroom alone that “There is no god except God (Allah) and Muhammad is His Messenger” and began to learn through the internet (and chatting online to Muslims).

I talked to many Muslims online and one was named Joseph, who was also a White American retired after 20 years in the Navy, he was shocked I never met a Muslim so he drove 7 hours to come see me, eat lunch and give me a few books. He had to go to work the next day and drove 7 hours back home after just shortly eating lunch. The instant brotherhood that exists between two people who follow God’s truth is something that is unique to Islam in a way no one on the outside can understand, all praise to God Alhamdulillah.

When I eventually told friends and family about my decision it went as expected. Most wanted nothing to do with me and even my own family had called me a terrorist and worse – but this was all from the misunderstanding they got through what the media teaches us. This is definitely one of the hardest parts that many who come to God’s truth face. Nearly everyone told me they would have accepted me if it was anything except Islam, but this one of the realities that comes with following the truth; and we see this from the reaction of the people to all of the prophets that came in the past. Though people may abandon, threaten or even harm us over following God, we are never alone when we have God; and at this point in my life being the only Muslim I knew of in my city and being abandoned He was all I had and all I needed.

Soon after this I had to go for basic training for four months and being the first summer after 9/11 it was filled with many who joined because of their hatred of Muslims, which gave a “unique” experience to me being the only Muslim in our company for training that year. The stories are many but everything that we go through for the sake of God with patience only increases our faith.

I returned home after basic training and many of my family had hoped that the military would have “fixed” me and were disappointed that I was still Muslim. I had found a very small masjid in my town but it only had a couple members. I ended up sleeping in my car a couple days before a brother I knew from Virginia invited me to move in with him. I moved to Virginia and was able to attend classes and be apart of a community and study in depth. As a new Muslim almost nothing can replace an active and supportive community that will allow one to grow and learn this perfect way of life. Brotherhood (and sisterhood) as well as constant learning and gaining of knowledge are important concepts through which one experiences the completeness of this religion and grows closer to God.

Since then I have studied formally and traditionally from many Islamic scholars as well as studying comparative religion as well. The more I learn about other religions only increases my faith in Islam at every turn; and unlike when I learned deep parts of Christianity and my faith became weaker, with Islam the more I have learned it has only increased my faith and continued to show the perfection of God’s true religion in every aspect. While many misunderstand things when they look at them in isolation, Islam is a perfect and complete system or way of life. It offers perfect guidance in morality, manners, spirituality, and social laws.

Through my experiences I have noticed there is a great need for making authentic information about Islam available to everyone.  I manage a site – FaithChat.com – which is dedicated to this as well as a live chat for non-Muslims to ask questions.  For new Muslims that need to learn the basics we partner with a project run by Yousuf Idris, a friend and early teacher of mine, at NewMuslimAcademy.org which has an active community and free resources to learn how to pray and other basics.  May God guide all of us to follow His path with sincerity, ameen. 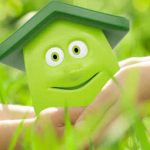 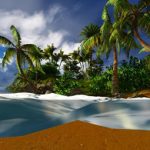 Today’s Beautiful Hadith is about Salat in Masjid