Prophet Ayyub AS was one of the descendants of Prophet Ibrahim AS and a nephew of Prophet Yaakub AS.

Ayyub’s AS steadfastness in the face of the most awesome trials originated the well-known expression, “the patience of Ayyub”, and he is one of the prophets to have received revelation from Allah, as the Qur’an says in Surat Al-An’am (6:84).

It is reported that Ayyub AS lived in Syria, near Damascus. Allah had granted him great wealth in the form of lands, herds and servants, and he had a devoted family. With all that, he was a humble man of great piety, constantly glorifying and devoutly thanking his Lord.

Allah then tested him with a series of calamities. Classical Qur’an commentators say that Allah first tested Ayyub AS by suddenly stripping away all his wealth and property. But Ayyub AS remained firm and constant, not shattered or even shaken by this disaster, and continued to glorify his Lord.

Allah then took the lives of Ayyub’s AS many children. This too did not change him, and he continued to be steadfast in service and devotion to his Lord. Allah then took away his health, afflicting him with terrible pain and suffering, and such loathsome ailments that people shunned him. Still Ayyub’s AS faith and serenity remained undisturbed, for his heart was with Allah. It is said that there was no one on the face of the earth more honourable to Allah than Ayyub AS.

Ayyub’s AS disease lasted so long that his companions left him and visitors were disgusted by him. They expelled him from his city and threw him onto a refuse heap outside the city, and people abandoned him and boycotted him. No one remained sympathetic to him except his wife. She would care for him and always recall his earlier good treatment of her and his love of her.

“So she nursed him and looked after his welfare and helped him to fulfil his needs and stood by him. He condition deteriorated and her money decreased to the point at which she served people for wages to feed him and provide for his other needs, may Allah be pleased with her, and she was very patient with all that occurred as their wealth and children were taken away from them. Thus in addition to the calamity of her husband, she suffered from lack of means, and was obliged to serve people after having had wealth and happiness and servants and honour. To Allah we belong and to Him we return.” (Ibn Kathir)

Ayyub AS remained in his trial for eighteen years, and his near and far friends and relatives left him. Then one day, Allah removed his affliction from him and he was as sound as he had been previously. When his wife saw him she said, “May Allah bless you, have you seen the prophet of Allah who was ill here? And by Allah, I have not seen a man more similar to him when he was healthy than you!”

Together with his health, Ibn Abbas adds, Allah most High also restored Ayyub’s AS wealth and children to their previous state and granted him even more.

Yet one difficulty still remained for Ayyub AS, referred to in Allah’s instructions to him,

And Allah adds about His prophet,

Indeed, We found him patient, an excellent servant. Indeed, he was one repeatedly turning back [to Allah]. (Qur’an 38:44)

Allah had previously ordered Ayyub AS to strike the earth with his foot for healing (Qur’an 38:42).

And now, so that he would not violate an oath he had previously taken, Allah ordered him to take a bundle of something in his hand and strike something or someone with it. And according to Qur’anic commentators, that someone was his patient wife, who was an epitome of selflessness and goodness, being a descendent of prophets.

According to commentators, for some reason Ayyub AS, the immensely patient prophet who bore such heavy afflictions without complaint, became angry with his wife for something she had done or said.

The most likely explanation among those offered by the commentators seems to be the following:

Without intending any harm, out of her deeps compassion for her husband’s suffering and her profound exhaustion as his only caregiver, Ayyub’s AS wife listed to the advice from Shaytan and said something to Ayyub AS concerning his trials which seemed blasphemous. Ayyub AS advised her to repent and ask forgiveness, but when she seemed to hold back from doing so, he became angry with her for the sake of Allah.

Then, in his suffering and loneliness, Ayyub AS cried to Allah, saying,

“Indeed, adversity has touched me, and you are the Most Merciful of the merciful.” (Qur’an 21:83)

And because of all the afflictions he had experienced were not as great a trial to him as Shaytan’s attempt to turn him away from satisfaction with his Lord and make him ungrateful, impatient and despairing, he added,

Thus it was that when Allah accepted his prayer and removed his affliction, Ayyub AS was faced with a dilemma in connection with the oath he had taken.  If he kept his oath, he would harm the faithful, loving wife, who deserved nothing but the best from him. However, if he did not, he would violate his word, and both these alternatives were unacceptable and displeasing to his Lord.

Allah most High, who knows all the innermost secrets of the heart, then, appointed for Ayyub AS a way out of his double dilemma by asking him to take a bundle in his hand and strike with it in order not to break his oath. According to commentators, Ayyub AS made a bundle of date palm branches and gently touched his wife with it.

It is said that Ayyub AS lived ninety-three years or more. He appointed his son as his heir, and after him, Allah appointed another of his sons as a prophet calling him Dhul-Kifl AS.

Ayyub’s AS story occupies a unique place among the stories of the prophets, first because it is both a personal history as well as a parable of testing and patience. Second, unlike earlier prophets, there is no evidence that Ayyub AS was sent with a message to his people or that he had a following. Rather, his prophetic mission consisted of his silent example of steadfastness and devotion to his Lord under the heaviest trials.

He was afflicted with such a repulsive disease that virtually everyone deserted him except his faithful wife and he was considered so vile that he was left upon a refuse heap outside the city. Nevertheless, not only did he not complain, but he continued to praise and glorify his Lord with whatever was left of his strength. His example, therefore, is especially relevant to sufferers whose affliction is increased by the loss of their dignity.

Ayyub’s AS story therefore contains vital and precious lessons for mankind. One of these is the lesson of fortifying one’s heart in trials and suffering with the constant glorification and remembrance of Allah most High. Another lesson is that enduring suffering and affliction with patience and steadfastness provides one of the best opportunities and surest means of strengthening our souls and coming closer to Allah.

Obviously when we are preoccupied with this world’s life and are happy, healthy, well-off surrounded by family, friends and good things, we are likely to give less time and attention to Allah and to our spiritual life. But when this good is taken from us, we turn to Him quickly, crying for help. The fire of suffering then softens and melts our hearts until they are tender and receptive, giving us an opportunity we might otherwise not have had of coming nearer and nearer to our Lord, until, for some servants like Ayyub AS, their beloved Allah occupies their hearts to the exclusion of all else.

May Allah’s best blessings and peace be upon that patient prophet, our example in adversity. 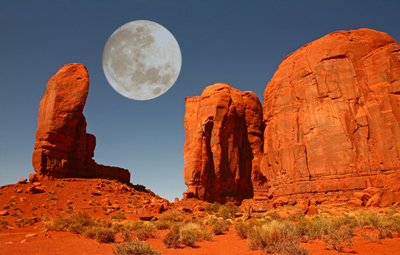 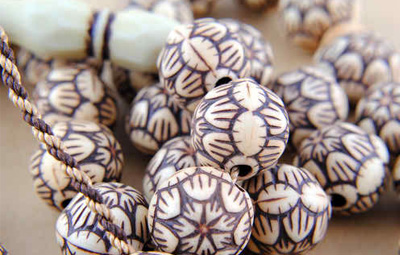 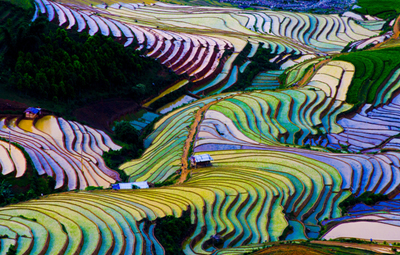