Ramadan is upon us. It’s the most amazing time of the year where Allah subhanahu wa ta`ala (exalted is He) makes it so easy for us to get infinite blessings. It’s a time when it’s easier to work on our nafs (self), create good habits, and put intense effort into du`a’s (supplications). Allah is the Most-Merciful all year round, and Ramadan simply opens us up to more mercy.

So what better time to get acquainted with Allah (swt) and another one of His Names?

Allah is al-Fattah. We need to know al-Fattah when we feel that things are impossible or too difficult because Allah (swt) necessarily invites you to know Him by this Name in those circumstances. Al-Fattah comes from the 3-letter root f-t-h (ف-ت-ح). Some words are known by their opposites, and the opposite of fath is for something to be closed. Thus fath is to open. Al-Ghazali tells us about al-Fattah, “He is the One by Whose concern everything that is closed is opened.” If I tell you to open the door, it must mean that the door is closed. If it is already open you would probably give me a funny look. So what does this mean? Allah al-Fattah opens the things that are closed. Those things that seem impossible, those things that you cannot understand how they even work. A door has to be closed in order for someone to open it. Allah says in the Qur’an:

The second related meaning is to understand that Allah is al-Fattah when you embark on something new and the journey is unknown to you. What is unknown to you is ‘closed’ in that sense. So when you are embarking on a new journey, ask Allah (swt) to open the doors for you so that you do not encounter unanticipated difficulties. This could be with marriage, a new job, or even the start of Ramadan.

These two meanings relate to Ramadan. If you feel that you haven’t been too great concerning your relationship with Allah (swt), then Ramadan is the time to rectify that. Ramadan is the month of openings. Ask Allah to open your heart to Him. Take steps towards Him. Allah has opened hearts that are harder than yours. If there is something that you feel is too difficult, Ramadan is the month Allah answers du`a’s most. He responds and He opens that which is closed. So ask Allah during this month to open those doors that you felt were closed to you.

Finally, al-Fattah also relates to justice. In the Qur’an, we see that those who are accused unjustly make this du`a’:

“Our Lord, decide between us and our people in truth, and You are the best of those who give decision.”
[Qur’an: 7:89]

‘Iftah’ has been translated as decide, because Allah’s just decision is also an opening.

How to open the doors?

We have to remember that knowing Allah is al-Fattah means working hard to achieve the result that we want. Allah decides when to open those doors, and He may delay the solutions to test our sincerity and trust, so we should never lose hope. Imagine if the Prophet ﷺ (peace be upon him) had given up after being attacked with stones at Ta’if? No matter how many times you knock on Allah’s door, it will eventually open, so don’t give up. Umar bin Abdel Azeez knew that Allah is the ultimate opener. He said,

“I have an aspiring soul. Whenever it is given something in this world, it aspires to that which is better. My soul aspired to marry my cousin Fatima bint AbdelMalik, and I married her. My soul then aspired to be the Amir, and I was the Amir. Then my soul aspired the Caliphate, and I was given it. And now my soul longed for what is better, meaning Paradise, and I hope to be from its inhabitants.”

This is a person that knows nothing is really impossible because Allah is al-Fattah.

Also, Al-Fattah sends solutions when we least expect it.  Some matters may seem like dilemmas at first. Yusuf `alayhi sallatu wa sallam (may Allah send His peace and blessings on him) was imprisoned. But it was through the imprisonment that he was shown to be innocent to everyone, and then he was given guardianship over the food rations. Remember that the Prophet ﷺwas not allowed to make `umrah (the lesser pilgrimage) even though he embarked to do so, and instead signed a treaty at Hudaybiya. This verse was then revealed,

Umar radi Allahu `anhu (may Allah be pleased with him) was astounded. How could the treaty’s terms be a victory or an opening? They were disadvantageous to the Muslims and they were not allowed to go on `umrah that year! However, the number of people who embraced Islam shortly after the treaty of Hudaybiya was great, and the following year gave them the conquest of Makkah. So remember that openings can come through things that look like problems to begin with.

Remember that Allah’s attributes are holistic, so He is al-Fattah and He is also the All-Knowing and the Wisest. His opening for you will be one that is best for you, even if to you it does not seem like an opening.

Amr Khaled mentions that the simplest of things could lead to solutions, such as a simple word, a tear or even an ayah (verse).  We sometimes recite an ayah we’ve read a hundred times in the Qur’an, and one day we hear or read that ayah from a totally different perspective and that becomes an opening or a solution.

Finally, when Allah sends us a solution, He gives us that which exceeds our expectations. When Hajar (as) was running between Safa and Marwa, all she hoped for was some nourishment for her baby, or to see people who could help. And she didn’t give up, going back and forth 7 times. So Allah did not just give her nourishment for the day or week or month – He gave her the well of zamzam, which we still drink from today. Zamzam brought people to settle in the area. That is an opening from Allah!

Living with this Name

Source: Brought to you by Suhaibwebb, Read more here. 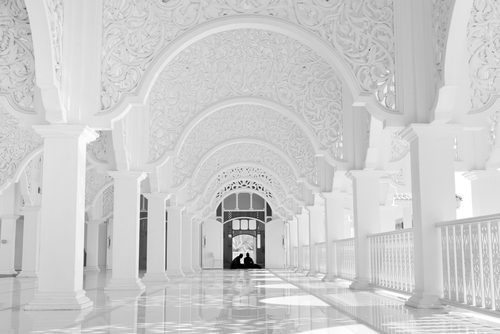 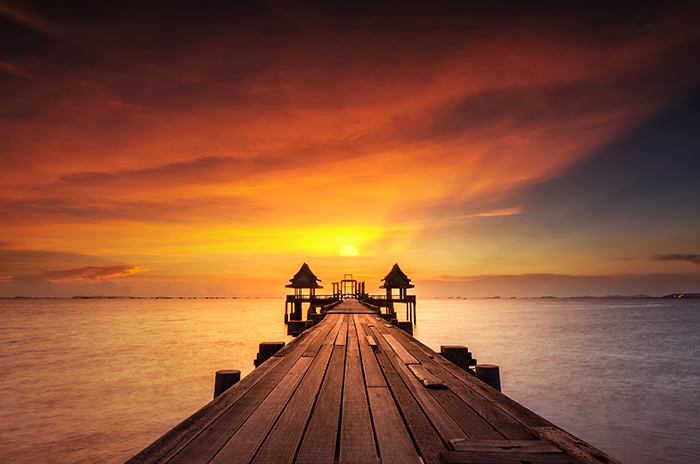 A Bucket of Silver or a Handful of Gold: A Lesson on Quality Over Quantity 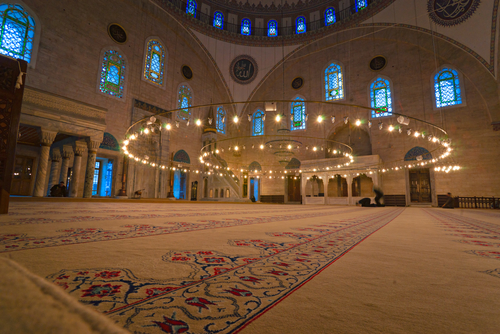