The new Islamic year has started and we share this article by Shaykh Faid Mohammed Said and SeekersHub: Muharram, the first in the Islamic calendar, is an especially auspicious month on many levels.

The Prophets Before Muhammad peace be upon him
For one, it celebrates the achievement of the prophets who preceded Prophet Muhammad, – on him peace and blessings, in particular the struggle and victory of Moses. Following the Migration, the Prophet – and on him salutations – discerned that the Jewish tribal federations in Madinah observed a ritual fast annually on the tenth day of Muharram. The Jews’ claim to commemorate the day in gratitude for Moses’ victory over Pharaoh prompted the Prophet – on him peace and blessings – to assert, “The obligation is greater on us [the Muslims] to be grateful to God for Moses’ victory.”
This emphatic statement reveals, on one level, the spiritual connection between the Seal of the Prophets – on him peace and blessings – and his ‘brother-prophets’ who preceded him; on another level, through his innate ability to connect with every God-centred tradition, Muslims are at once given to understand the need to learn from others. And the elemental lesson here is that all prophetic traditions, rites and customs – past and present – actually form a composite whole: remembrance and gratitude to God, – cherisher of mankind, all praise to Him.

Mankind’s Achievement
Furthermore, the achievement of every prophet is universal, that is to say, their sacrifice and striving is mankind’s achievement. The victory God granted to Moses was not based on material strength or logistical superiority, but on the strength of faith that Moses possessed. Moses’ armour cladding was his Faith, and Truth his spear of submission; he won through despite Pharaoh’s vast resources in men and materiel. Faith, as embodied by Moses, persuaded first Pharaoh’s sorcerers and then many other reasonable minds, whilst the snake of Unfaith, quite literally, was swallowed up.

Truth over Falsehood
Muharram, which commemorates Moses’ achievement, is therefore our achievement, insofar as it is a timeless commemoration of the victory of Truth over Falsehood. It should be obvious that ‘victory’ does not at all relate to feat of arms, economic gain or tribal boast (after all, Pharaoh’s dethroning was not, strictly speaking, a battlefield victory; Moses and his people, instead of gaining mastery in Egypt, actually became exiles in the desert for 40 years). Rather, Muslims must understand ‘victory’ as standing firm in Faith, to prevail in the face of adversity.
For this reason, the Prophet – on him peace and blessings – considered the Treaty of Hudaybiyya a great victory; this, despite his not accomplishing what he had initially set out to do in the events leading to the famous treaty: namely, the performance of Umrah, the opportunity to visit the Sacred Mosque. On the other hand, the Prophet – and on him salutations – discerned in the bitterness of defeat at ‘Uhud and at Hunayn the sweet fragrance of victory. How so, when he suffered great personal loss at ‘Uhud and humbling at Hunayn? On both occasions, despite the temporary impediments, God’s Religion was preserved. Faith defeated unfaith because Truth strove on whilst Falsehood briefly strutted but ultimately vanished.

Victory, therefore, is to prevail after enduring the test. It is the natural outcome of firm conviction, of standing firm, regardless of the intensity or even duration of adversity. It is the absolute conviction that God is present all along.

The Triumph of Faith
The sacred month of Muharram, celebrating the advent of the Islamic New Year, provides Muslims with a direct linkage to the triumph of Faith – and even more deep connections to the Prophet – on him peace and blessings. And in all God’s Creation, none embodied Faith as did the Prophet, – on him the finest salutations! For Muharram also commemorates the Hijra, the Prophet’s Migration from Makkah, then the seat of Unfaith and irrational pride, to Madinah, the emergent site of Faith and reason.

Oppressed by Unfaith, in Makkah the Prophet – on him peace and blessings – would say, “Leave me to call upon God alone.” But he was denied even this basic human right, as was his dignity, his person and his property. The Prophet’s Hijrahas yet to be fully appreciated by even his own people. It was not a simple matter of relocation: in making Hijra, the personal sacrifice of the Prophet – on him peace and blessings – remains a thing of wonder: his daughters Fatimah, Zaynab, Ruqaiyya and Umm Kulthum were left behind. One can only begin to understand the scale of his sacrifice if there is an appreciation of the wider social context of Makkah’s tribal society, then dominated by the most ruthless of enemies. The Prophet – on him peace and blessings – in wrenching himself from his daughters, sacrificed all that was dear to him in this world. How could such a man, the epitome of parental love, sacrifice so? As if to say, “My daughters are safer under God’s Gaze than under my wing,” he could so sacrifice because he knew intimately the nature of God’s Protection. Great was his sacrifice, yes, but his trust in God was still greater.

What special influence can cause such repeat action, on such scale? It was repeated by the Imam Hussain, grandson of the Prophet – on him the finest salutations. Like his father and grandfather before him, the Imam Hussain strived hard against the oppression of the weak by the strong, against social injustice and against aggression in all its forms. Sallying out from Madinah, like his grandfather had done on so many occasions, the Imam Hussain died the desired death on the dusty plains of Kerbala, but his spirit of sacrifice lives on. The Imam Hussain’s death must not be reduced to the heroic end of ancient epics, although certainly true; it was the supreme sacrifice that is for God’s Sake. Sacred sacrifice indeed. Muharram may just as easily be called the ‘month of sacrifice’.

The Prophet’s Migration
And yet the story of Muharram has no ending, for our commemoration of its sanctity and significance has so many deep spiritual channels and confluences.

The Islamic calendar self-consciously celebrates the Hijra of the Prophet – on him peace and blessings. And Arab tradition, hitherto without a universal calendar, in so doing, itself migrated from culture to civilization. Confused by conflicting despatches, the despair of regional governors compelled the Caliph ‘Umar ibn al-Khattab to initiate a systematic Time Record. Far more edifying and significant is the process that led to the institution. A brilliant example of democratic counsel ended with agreement over the Muslims’ need for a calendar, but there remained uncertainty over the precise start date. Three proposals were championed, each possessing enormous meaning: the birthday of the Prophet, on him peace and blessings; the day that he died; and the beginning of the Hijra.

The day of the Prophet’s departure from this world remains, of course, the single greatest distress to all Muslims in all times, and the argument for the Islamic calendar to be pegged to the Prophet’s death was a powerful one.
However, the third option – the case for the Hijra as the start of the Islamic calendar –reveals much about the intellect of ‘Ali ibn Abu Taalib. The man recognised as the last of the rightly-guided Caliphs quite rightly surmised that the Hijra marked an epochal change, ushering in a new dawn for humanity that swept away the cobwebs of dead history. The Hijra-Migration was nothing short of a new world order, and this one could be precisely pinpointed in time.

Although the Arabian months pre-dated Islam, Uthman ibn Affan made a powerful intervention: he cited the long-held sacred status of Muharram and explained that its position in the calendar of Islam’s rites and rituals, coming after the Hajj climax, represented a new beginning after individual purification, thus symbolically mirroring the fresh start for humanity after the purification of Religion itself. Uthman’sintervention was decisive and the ‘Hijri Calendar’ was thus founded.
As Islam makes no sharp distinction between the prophets – God in His Book expressly forbids otherwise – both the achievements and sacrifices of Moses and of Muhammad – on them peace and blessings – are symbolically bound by the month of Muharram. And we have seen how the inheritors of faith, such as the Imam Hussain, have emulated and preserved the spirit of sacrifice. This sacrifice has a name: ‘Islam’. And ‘Islam’ is trust in, and submission to, the Divine Will. And as their inheritors in faith, our lives are thus connected by the commemoration of Muharram.

May God gather us in the company of the Family of Prophets and preserve the faithful, and peace and blessings upon Muhammad, mercy to all the worlds.

Brought to you by Seekers Hub, more Seekers Hub can be found at https://www.seekersguidance.org/articles/prophet-muhammad/muharram-mankinds-memorial/ 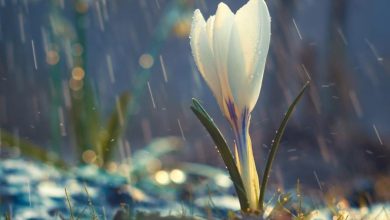 Is it prohibited in Islam to have sex in whole pregnancy? 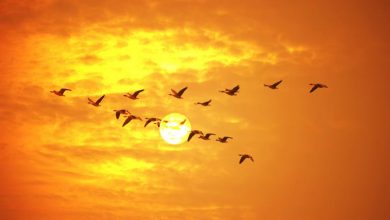