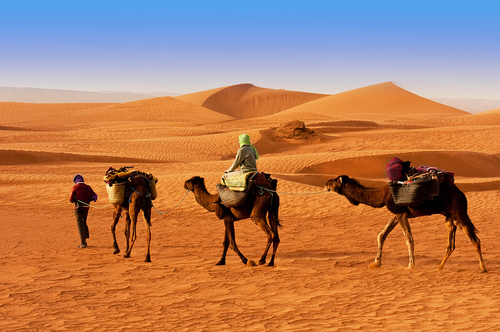 This was our base in Mina for three days. Things were at their bare basics – we slept on foldable cushions on the floor, 30 to a tent and had to use communal bathrooms some distance away. Men and women were in separate quarters. There is no special ritual for Mina, the time was for seclusion from the comforts of dunia, to reflect on oneself and to go back to the root of your faith. This was my biggest challenge, to live with contentment in the discomfort, to mentally block out all the clamour, laughter and chitchat of the surroundings and to establish a relationship with Allah. I was told that if I cannot learn to focus on Allah here and now, then how can I succeed in the real world where distractions are multiplied by hundreds? It was tough at first but I learnt a few valuable lessons here about who I really am and what my deficiencies are.

In Mina I learnt a valuable lesson about doubt. I was struck with a really tough calamity – one I would have willingly given everything I owned in this world to solve. I made dua but to no avail, for the situation was impossible. It was after a couple of days, when I had become as desperate as a drowning person that I realised that I harboured doubts – I was using logic instead of faith, and looking at the hopelessness of the situation instead of Allah’s infinite power to change any condition. My tongue professed absolute submission but my heart held back. I still had uncertainty! At that moment I realised the true power of surrender – to trust only Allah for help and not listen to my fears or doubts. At that point of total submission, my dua crystallised into reality, and the impossible became possible. This was the most important lesson I learnt during hajj. Allah is the absolute Owner of all conditions, and it is not my money or intelligence that solves problems, it is Allah an no one else. Surrendering to that is so beautiful and humbling!

On the day before Eid, all pilgrims spent the daylight hours at Arafat. The purpose was to spend some time with Allah, making dua, zikr and salat, for this was a day when Allah’s blessings and forgiveness is abundant. How many minutes a day do we spend communicating with Allah? The hours spent that day made me realise, not enough. After Maghrib everybody made their way to Muzdalifah. Our group used the new Metro, others went on foot and buses. It was dark, and teaming with people.

It was confusing, chaotic and disorienting, but what about the Day of Judgment when the whole of mankind would be resurrected? The night was spent in Muzdalifah – no tents or shelter this time. Just you and the elements, and it brings to mind the horrors of life in the grave and the day of resurrection where basically, each of us will be totally on our own.

When Ibrahim AS was asked to sacrifice his only son Ismail AS to Allah, Satan tried to cast doubt into Ibrahim’s AS heart. Ibrahim AS responded by throwing some pebbles to Satan to cast him off, and that is the occasion replicated at the Jamarat. After Muzdalifah, we went to Jamarat, to cast pebbles at the pillars representing where Satan had stood and was humiliated. The area itself has been refurbished and looks like a multilevel car park, to avoid the many fatal stampedes that occurred in the past. The process is safe and quite easy. However the strength is not in the aim, it is in the heart. Each stone cast was symbolic of our triumph against our inner demons and doubts, of our victory against the devil and of our cleansing of major sins. We threw seven on one pillar on the first day, and repeated the process on all three pillars on the following two days. When the first pillar was completed there was cheer all round. Eid had arrived!

If anyone had told me five years ago that I would be here, taking my final steps before the completion of my hajj, I would have laughed. Yet, Allah has given me so many second chances in life, and it only increases my love for Him. The sequence works differently depending on circumstances, so for me the last step was tawaf and saiee after we had completed the final Jamarat. My clothes were drenched with perspiration, my feet were blistered from the long walks; and I was exhausted by the exertion and sleep deprivation. Yet, the closer I got to my personal finish line the more exhilarated I felt. Just a bit more, just a bit more … The swelling crowds around the Kabah and the discomfort of each step was nothing compared to the tortures of jahannam that I would be spared. And then, there it was, the final stop, completing my final saiee at the mount of Marwah. My hajj was complete and if accepted by Allah I would be cleansed of all previous sins. My heart was a whirlwind of emotions. I have arrived, I have just begun. This is the start of many new beginnings, Insha’Allah.

Saying goodbye to the Kabah during the farewell tawaf was heartbreaking, it was like saying goodbye to a loved one, uncertain if you will ever see that person again. Just like life in general everything is over in the blink of an eye. In a few hours I will be back into my daily routine. My challenge now is to stay afloat, hold on to the rope of Allah and not let myself to be drowned by dunia again. I came here to serve Allah, and I can only hope and pray that Allah was happy with my service.

The test of whether hajj has been accepted is evidenced by the behaviour of a person when he returns. So, the spiritual journey continues until we die.

Thank you so much for all your wonderful dua for me. Even though I am not able to respond personally, I did make a personal and special dua for you, and Allah will know who you are even if I don’t.

As a final note, this was an experience of a lifetime and I hope that those who haven’t already, will make the journey there too. May Allah bless all the HOTD members and unite us all. Ameen.

Hadith of the Day Admin 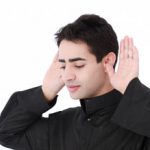 The power of Dhul-Hijjah

A Few Things Every Prospective Hajji Should...

Four Things to Do on the Blessed...

How to Productively Spend the Best 10...

8 Ideas for Little Children Left at...

Honestly, as I have read your diary it strikes fear on me. Fear if I was on your foot could I do that? Could I bare all the hardship?
Its like waking somebody up that Hey! Stand on your feet its only you here and Allah! Strive hard!!

However, I wouldn’t know until I perform so. If that time would come we could also share our experience…INsha ALLAH. Ameen