Ibn Khaldun on the instruction of children and its different methods

Chapter 6. Section 38 of the Muqaddima. The instruction of children and the different methods employed in the Muslim cities.

[The Importance of Qur’anic Instruction]

It should be known that instructing children in the Qur’an is a symbol of Islam. Muslims have, and practice, such instruction in all their cities, because it imbues hearts with a firm belief (in Islam) and its articles of faith, which are (derived) from the verses of the Qur’an and certain Prophetic traditions. The Qur’an has become the basis of instruction, the foundation for all habits that may be acquired later on. The reason for this is that the things one is taught in one’s youth take root more deeply (than anything else). They are the basis of all later (knowledge). The first impression the heart receives is, in a way, the foundation of (all scholarly) habits. The character of the foundation determines the condition of the building. The methods of instructing children in the Qur’an differ according to differences of opinion as to the habits that are to result from that instruction.

The Maghribi method is to restrict the education of children to instruction in the Qur’an and to practice, during the course (of instruction), in Qur’an orthography and its problems and the differences among Qur’an experts on this score. The (Maghribis) do not bring up any other subjects in their classes, such as traditions, jurisprudence, poetry, or Arabic philology, until the pupil is skilled in (the Qur’an), or drops out before becoming skilled in it. In the latter case, it means, as a rule, that he will not learn anything. This is the method the urban population in the Maghrib and the native Berber Qur’an teachers who follow their (urban compatriots), use in educating their children up to the age of manhood. They use it also with old people who study the Qur’an after part of their life has passed. Consequently, (Maghribis) know the orthography of the Qur’an, and know it by heart, better than any other (Muslim group).

The Spanish method is instruction in reading and writing as such. That is what they pay attention to in the instruction (of children). However, since the Qur’an is the basis and foundation of (all) that and the source of Islam and (all) the sciences, they make it the basis of instruction, but they do not restrict their instruction of children exclusively to (the Qur’an). They also bring in (other subjects), mainly poetry and composition, and they give the children an expert knowledge of Arabic and teach them a good handwriting. They do not stress teaching of the Qur’an more than the other subjects. In fact, they are more concerned with teaching hand­writing than any other subject, until the child reaches manhood. He then has some experience and knowledge of the Arabic language and poetry. He has an excellent knowledge of handwriting, and he would have a thorough acquaintance with scholarship in general, if the tradition of scholarly instruction (still) existed in (Spain), but he does not, because the tradition no longer exists there.1180 Thus, (presentday Spanish children) obtain no further (knowledge) than what their primary instruction provides. It is enough for those whom God guides. It prepares (them for further studies), in the event that a teacher (of them) can be found.

[The Way of the People of Ifriqiya]

The people of Ifriqiyah combine the instruction of children in the Qur’an, usually, with the teaching of traditions. They also teach basic scientific norms and certain scientific problems. However, they stress giving their children a good knowledge of the Qur’an and acquainting them with its various recensions and readings more than anything else. Next they stress handwriting. In general, their method of instruction in the Qur’an is closer to the Spanish method (than to Maghribi or Eastern methods), because their (educational tradition) derives from the Spanish shaykhs who crossed over when the Christians conquered Spain, and asked for hospitality in Tunis.1181 From that time on, they were the teachers of (Tunisian) children.

[The Way of the People of the East]

The people of the East, as far as we know, likewise have a mixed curriculum. I do not know what (subjects) they stress (primarily). We have been told that they are concerned with teaching the Qur’an and the works and basic norms of (religious) scholarship once (the children) are grown up. They do not combine (instruction in the Qur’an) with instruction in handwriting. They have (special) rule(s) for teaching it, and there are special teachers for it, 1182 just like any other craft which is taught (separately) and not included in the school curriculum for children. The children’s slates (on which they practice) exhibit an inferior form of handwriting. Those who want to learn a (good) handwriting may do so later on (in their lives) from professional (calligraphers), to the extent of their interest in it and desire.

[A Comparison of the Various Ways of Children’s Instruction]

The fact that the people of Ifriqiyah and the Maghrib restrict themselves to the Qur’an makes them altogether incapable of mastering the linguistic habit. For as a rule, no (scholarly) habit can originate from the (study of the) Qur’an, because no human being can produce anything like it. Thus, human beings are unable to employ or imitate its ways (uslub), and they also can form no habit in any other respect. Consequently, a person who knows (the Qur’an) does not acquire the habit of the Arabic language. It will be his lot to be awkward in expression and to have little fluency in speaking. This situation is not quite so pronounced among the people of Ifriqiyah as among the Maghribis, because, as we have stated, the former combine instruction in the Qur’an with instruction in the terminology of Scientific terms. Thus, they get some practice and have some examples to imitate. However, their habit in this respect does not amount to a good style (eloquence), because their knowledge mostly consists of scholarly terminology which falls short of good style, as will be mentioned in the proper section. 1183

As for the Spaniards, their varied curriculum with its great amount of instruction in poetry, composition, and Arabic philology gave them, from their early years on, a habit providing for a better acquaintance with the Arabic language. They were less proficient in all the other (religious) sciences, because they were little familiar with study of the Qur’an and the traditions that are the basis and foundation of the (religious) sciences. Thus, they were people who knew how to write and who had a literary education that was either excellent or deficient, depending on the secondary education they received after their childhood education.

In his Rihlah, Judge Abu Bakr b. al-‘Arabi 1184 made a remarkable statement about instruction, which retains (the best of) the old, and presents (some good) new features.1185 He placed instruction in Arabic and poetry ahead of all the other sciences, as in the Spanish method, since, he said, “Poetry is the archive of the Arabs. 1186 Poetry and Arabic philology should be taught first because of the (existing) corruption of the language.1187 From there, the (student) should go on to arithmetic and study it assiduously, until he knows its basic norms. He should then go on to the study of the Qur’an, because with his (previous) preparation, it will be easy for him.” (Ibn al-‘Arabi) continued: “How thoughtless are our compatriots in that they teach children the Qur’an when they are first starting out. They read things they do not understand and work hard at something that is not as important for them as other matters.” He concluded: “The student should study successively the principles of Islam, the principles of jurisprudence, disputation, and then the Prophetic traditions and the sciences connected with them.” He also forbade teaching two disciplines at the same time, save to the student with a good mind and sufficient energy.1188

This is Judge Abu Bakr’s advice. It is a good method indeed. However, accepted custom is not favorable to it, and custom has greater power over conditions (than anything else). Accepted custom gives preference to the teaching of the Qur’an. The reason is the desire for the blessing and reward (in the other world resulting from knowledge of the Qur’an) and a fear of the things that might affect children in “the folly of youth” 1189 and harm them and keep them from ac­quiring knowledge. They might miss the chance to learn the Qur’an. As long as they remain at home, they are amenable to authority. When they have grown up and shaken off the yoke of authority, the tempests of young manhood often cast them upon the shores of wrongdoing. Therefore, while the children are still at home and under the yoke of authority, one seizes the opportunity to teach them the Qur’an, so that they will not remain without knowledge of it. If one could be certain that a child would continue to study and accept instruction (when he has grown up), the method mentioned by the Judge would be the most suitable one ever devised in East or West. 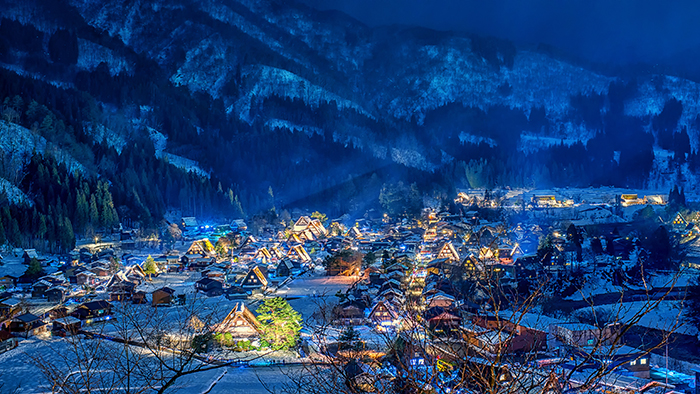