This winter has been freezing. True, the temperatures in these usually frigid months have been much more mild than usual. Little snow has fallen in places that are normally coated in a sheen of white by the middle of November. Yet, for our community, it has indeed been a bitter cold season to bear. The tepid weather has been in sharp contrast to a stinging chill that has seeped into our spirits in the last few months, leaving us feeling forlorn, hurt and exposed to the elements. It has been a harsh winter; our community attacked from the outside, dehumanized and ‘otherized’ by the ignorant, and further assailed by those who feign our best interest, seeking to reassemble our faith in their foolish hands, all while donning the garb of ‘sincere reformer’ or ‘holy warrior’.

As we find ourselves in this spiritual winter – dejected, overwhelmed, and frustrated – we take comfort in the spring: the spring of the Prophet Muhammad, may the peace and blessings of God be upon him, this month of Rabi’a al-awwal (literally ‘the first Spring’) – the month in which the Prophet ﷺ was born and died and in which some of the greatest hallmarks of his life occurred. We warm ourselves in his remembrance, his example and his teachings, that are illumined and resplendent, lit by Divine Light.

We learn from him ﷺ the meaning of struggle, as he again, and again, and again, withstood harm and abuse in the cause of faith, and instead of giving up or deferring all to God’s plan, worked in God’s way, and gave all of himself to this cause until his last breath.

We learn from him ﷺ to give pause, and context and consideration to our struggles – connecting it with those who came before us, and who encountered suffering and adversity that shook them, too, and that worried them, too, until they cried, ‘When will God’s help come?’ and the response was – God’s help is indeed near.

We learn from him ﷺ the inevitability of false prophets, those who speak while steeped in ignorance, and the critical importance of knowledge. He taught, “You are living in a time that has many fuqaha (people who have deep understanding of religion) and your lecturers and preachers are few… and when action is preferable to knowledge. But there is coming a time upon this community in which the preachers will be many, but those who understand the religion will be few… and in those days, knowledge will be better than action.”1

Lastly, we learn from him ﷺ to overcome a deep-seated cynicism and to have hope even in the darkest hour. Even when he ﷺ encountered some of the worst of the life of this world and the worst of human nature, his belief in his Lord was constant, his faith luminous. With the weightiness of the prophetic mission, a life replete with tribulation and difficulty, and his community facing some of the worst of oppression and bloodshed, he, may God’s blessing be upon him, never lost himself in despair, but instead saw suffering through the lens of one who believes in Allah and knows that everything that happens is within His knowledge and from His wisdom. We see a hopefulness, a confidence in Allah’s plan, that brighter days were coming soon and that this ummah (community) has a future, by God’s leave.

May we be tremendously inspired by him ﷺ, by his every good quality and character, by his life in constant Divine remembrance, by every teaching he conveyed and lesson he enacted ﷺ. God grant us leave from dark and cold days, and bring us into days of warmth, hope, growth, beauty and light.

Proudly brought to you by Virtual Mosque, more Virtual Mosque can be found at http://www.virtualmosque.com/islam-studies/prophet-muhammad/winter-and-the-prophets-spring/ 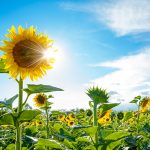 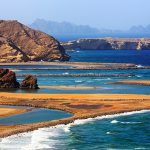 Should I disclose my past affairs to...