This Ramadan I had the good fortune to be able to do the retreat in the last 10 days of the month. Throughout those days I recited the Qur’an and reflected on it and many things came to my mind fresh. For example, I read that God will reward a good deed 10 times over or more than that. As for a bad deed, there is only a single punishment the equivalent of that deed. But then when I read more closely, I noticed that God has said that with that punishment there is humiliation (ذلة). At once I understood why there is no need for God to punish a bad deed with more than its equivalent — the sinner is punished in the conscience of his failure to have avoided that bad deed and done some good instead. I also understood afresh the reality that this Qur’an is indeed the word of the One who created man’s nature, who knows the inside and the outside of it, who knows the good it can do and enables that good, and who teaches and guides us on the straight path. There is no sin that does not become a means of good through repentance and seeking forgiveness. And God is ever ready to forgive. In retrospect therefore, but only in retrospect, a sin is itself a good thing if and when, but only if and when, it leads to the virtue of repentance. The Creator is the all-Merciful, and His guidance through the Qur’an and through the teaching of His Messenger is a mercy also.

That being the case, when we turn to the Qur’an and to the teaching of God’s Messenger, we should do so confident that the guidance we find therein is sufficient for us to live our lives in the way that produces good for ourselves and for our communities, here and now, and over the long term, meaning in what we leave behind for the next generations and what we carry forward to the judgment in the hereafter. The Qur’an and the teaching of God’s Messenger are not obstacles, they are not hindrances that we must use our clever wits to find a way around. Our clever wits and our energies are not to be used for that sort of “interpretation.” The Qur’an and Sunnah(prophetic traditions) are not burdens that we must strive to throw off, or to lighten in ways that are not already envisaged in the Qur’an and Sunnah (prophetic traditions). In the Qur’an and the teaching of God’s Messenger taken together there are both the general principles and the practical example we need to take good decisions in how we train our consciences and order our affairs. In other religious communities — to a limited extent also among the Shi`a (sect of Muslims) — the believers take to producing images and icons of their first-teacher as a way of focusing respect and reverence. In the mainstream Islamic tradition however, that energy was devoted, instead of building statues or painting icons, into collecting and transmitting a detailed record of what God’s Messenger said and did, what he approved and disapproved. The result of that effort is the great body of prophetic traditions which are the basis of the norms and rules that guide the life of the Muslim individual and the community. In my work on the women scholars of Islam, I have tried to record their dedication as students and teachers in preserving and transmitting that body of traditions. I have found that there is no difference in the degree of obligation, as between men and women, to study and teach that guidance. I have found that there is no difference in the degree of authority that men or women have as teachers of that guidance. I have found that there are very few if any limitations, either in principle or in practice, that distinguish between what men can do in the service of Islam and what women can do in the same service.

It is true of every human institution that, over time, the reasons for the founding of that institution, and the energy that went into it, become obscured and weakened in many respects. This has certainly been true of the institutions related to the teaching of Islam. That is why the greatest of Islamic scholars have always emphasized, again and again, over and over, that we must check all derived judgments by reference to the sources. ‘By the sources’ is meant the textual sources of the Qur’an and the prophetic traditions, and to a lesser extent the historical record of the practice of the earliest generations of the Muslim community. Let me give you an example of what happens when, instead of checking with reference to the sources, we simply adhere to rules or habits we have inherited. During my retreat in Ramadan, which I did in my local mosque, sometimes men would come over to me and ask questions. One of the things I was asked was whether it was permissible for women to enter into retreat in a mosque. People became very disturbed, even annoyed, when I said that it was permissible. Some people insisted that it was not. Of course, that was not the time and place to get into an argument with anyone, and so I excused myself and asked to be permitted to return to my silence. However, there are very clear and authenticated traditions from `A’ishah, radiAllahu `anha (may God be pleased with her), and other Companions that confirm that, during the lifetime of God’s Messenger, women were not prevented from entering into retreat in the mosque. So, you see the importance and the necessity of turning to the sources, and therefore the importance and the necessity of preserving, transmitting and referring to the traditions of God’s Messenger.

The differences that there are, and perhaps there will always be, among Muslims can only be resolved in a peaceful way if, as the Qur’an itself clearly commands, we allow the issue in hand to be resolved by the arbitration of God’s Messenger and, in addition to that, we accept that arbitration without rancour, without resentment.

Now, in the time and place that we are living in, it sounds very agreeable to the dominant culture that Muslim women are allowed to do something that Muslim men are allowed to do. Okay. But what then, when the same body of prophetic traditions teaches us, with the same clarity, and the same certainty, that there are some things that men are allowed to do but women are not, and vice versa? That is when as Muslims we find out whether what we are striving to do is our own will, or God’s will. That is when we discover whether we truly believe that the judgment of God’s Messenger is better than our judgment. As a Muslim I believe, and as a scholar it is my duty to teach and explain, that the merciful Creator of mankind, of women as well as men, knows what is most appropriate for the well-being of mankind, of women as well as men. God sees the well-being of mankind from his absolute and universal perspective, so this human well-being encompasses not the momentary happiness of particular individuals but the well-being of their relationships with other people near them and far from them, with other people in their own time and in the future, with the rest of the natural world in their immediate and their future environment, and above all in their relationship with their Creator. So it is the case that when men (or women) settle on norms and rules and habits that are not soundly based on the guidance of God and His Messenger, for example by developing restrictions on what women can learn and what activities they can pursue, the natural potential of individuals and societies is damaged. But so also it is the case that when men (or women) say that they will just live the way that seems pleasant and right to them, with no regard whatever for any religious tradition, then also, alongside what seems pleasant and right, there will be profound and long-lasting damage to the natural potential of both individuals and societies. And I do not know, except in the hope of God’s mercy, how then we can recover from the social or environmental breakdowns that our lifestyles provoke, or how much harder it will then become even to see, let alone follow, the straight path to God’s forgiveness.

The great Muslim women that I have written about in the Muhaddithat were Muslims before and above anything else. I neither find it agreeable nor useful to think of them as a sort of feminists, engaged in some kind of social or political battle to win their rights against the abuse of those rights by men. Such abuses exist; injustices against women exist; they are a real fact of life in Muslim societies as in others, perhaps more so. And no doubt the battle for rights, for justice, must be engaged. But my work has not been, and is not, about that battle. It is primary a historical study of the role and authority of women in the Islamic tradition. This authority was shared with men, even if in terms of numbers, men dominated the field. 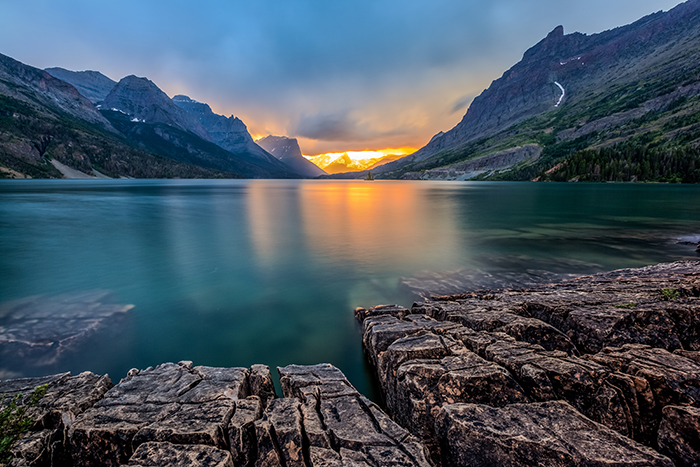