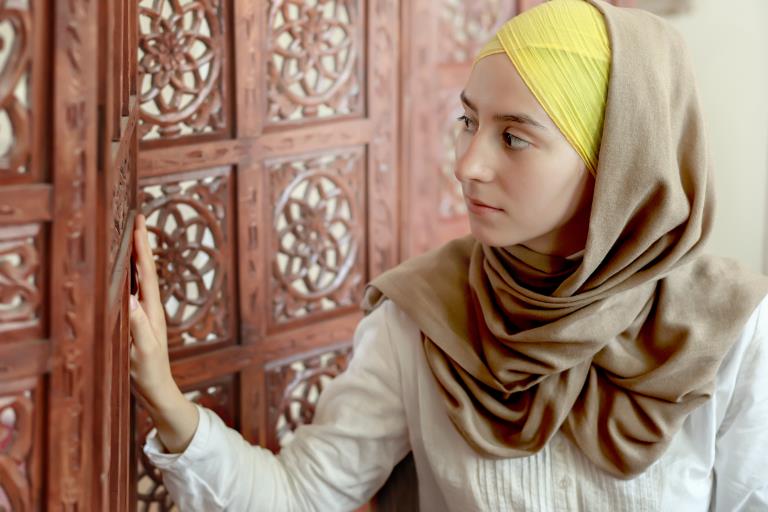 One of the most beautiful, most soothing and most heartwarming moments you could have is when you realize how much Allah – The Most High – is protecting and taking care of your own heart.

The Arabic ayah actually refers to good words as “husna” which also means beautiful. So Allah is instructing us to use not only good, but beautiful words with people.

“And tell My servants to say that which is best…” ( Qur’an 17: 53)
Here, He is making us carefully think about each word we utter, so that we do not just speak our minds in a careless/rude way claiming that this is our spontaneous reaction. Rather, He is teaching us to say what’s better than our initial thought. Meaning, if you wanted to tell someone, “you’re not making any sense”, instead you’ll say, “thank you so much for taking the time to share this with me. Could you help me understand this part a bit better as maybe I failed to comprehend it well..?”— this is what’s best! It is when you think twice before uttering words that could hurt, offend, disrespect, mock or ridicule someone without you knowing or caring.

This is discipline. This is how we become more dignified human beings and we dignify others. It is the exact opposite of the animalistic nature. An animal will not think twice before barking at you or biting you for example, they’ll just follow their first instinct. But we are more elevated than that. We have the intellect and ability to tame our emotions and our reactions for the sake of our inner peace and for the sake of spreading peace to others.

This is what Allah is teaching us, and this is a highly crucial matter for the light of our hearts.

This is maybe why Allah Almighty tells us the following:

“O you who have believed, let not a people ridicule [another] people; perhaps they may be better than them; nor let women ridicule [other] women; perhaps they may be better than them. And do not insult one another and do not call each other by [offensive] nicknames. Wretched is the name of disobedience after [one’s] faith. And whoever does not repent – then it is those who are the wrongdoers.” (Qur’an 49: 11)

What happens when we ridicule, offend, mock someone? They’ll most probably think of revenge and think of a way to get back at us even more offensively. If we follow this vicious cycle, how then will our hearts find true peace? And wouldn’t  the feelings of anger and revenge overwhelm our hearts and fill it with darkness and negativity?

If you think about it, why is Allah telling us that? Why is He giving us these instructions? How does this benefit Him?

The reality is, it doesn’t benefit Him, it benefits us.

Allah wants us to maintain the light and peace of our hearts, because when you have that, you’ll have more clarity and wisdom to perceive and analyze life matters adequately. Allah doesn’t want anything to corrupt our sound judgement and our sound hearts because this is what helps us understand the most important realities about this life, and this is what helps us better connect with the Creator of this life.

So the light of your heart and mind is critical and anything disturbing this is forbidden by Allah Himself.

We all have light in our hearts, and whether you realize it or not, a bad or a negative word could easily vanquish this light and change your state from joy, happiness and hopefulness into sadness, embarrassment and disappointment. All of these negative emotions corrupts and interrupts our light.
And Allah doesn’t allow that!

He is The Light, and He protects the light of His slaves.

“Allah is the ally of those who believe. He brings them out from darknesses into the light..” ( Qur’an 2: 257)

There is a small but true story I witnessed that reflect that. There is a sister who is very kind-hearted and is always connected with Allah through her words and actions. One time, she was in a gathering with a group of sisters and she was speaking joyously, all of a sudden, another sister – who is her manager- told her “you’re weird. You’re a really weird person.”

You might think that this is not a big deal or that this was not even an offensive word. But it did hurt the sister. Allah is most knowing of the hearts He created, and He knows something so little could crush someone’s morale. The sister was embarrassed and her heart was a bit broken given how this was mentioned in front of everyone. She didn’t say a word or respond back. But of course her mood changed and she was heavy hearted for the rest of the day. She knew Allah witnessed this incident and that it wasn’t the kindest word to be said to her.

A couple of days later, there was another gathering and the manager was there. She started telling a story to the crowd and then someone interrupted her saying, ” what is this story, you are very weird really to say that now.”

For the sister who was insulted earlier, observing how Allah didn’t let her heart get broken in vain, and that He defended her without her uttering a word, this was quite a comforting experience…

It’s a reminder of this beautiful hadith:

” On the authority of Abu Hurayrah (may Allah be pleased with him), who said that the Messenger of Allah (ﷺ) said:

Allah (mighty and sublime be He) said: Whosoever shows enmity to someone devoted to Me, I shall be at war with him…” [ 40 Hadith Qudsi]

You know when you have friends and you wish that they would defend you and have your back when someone hurts you…? Well, Allah Himself, The King Himself, The Ultimate Judge is defending you and protecting you if and when you seek Him and rely on Him…

There is an entire chapter in the Qur’an  ( chapter 104) that describes the greediness, selfishness and heedlessness of one who mocks and harms other people thinking that he won’t be held accountable. Interestingly, Allah is saying that the aftermath of this person is that he’ll be thrown in the Crusher. This is a place of punishment wherein the person gets crushed. Allah didn’t say that this person will be thrown into hell or fire or any other punishment. He specifically called this the Crusher, because just like this person used to mindlessly crush other people’s feelings and morale unjustly…he too will be crushed. No one should feel immune enough to hurt and harm others and then escape the retaliation of Allah, because Allah never accepts injustice in His court.

So something as small as your heart being crushed by others will not go unnoticed by Allah. This is how He teaches us the value of words in this life so we don’t indulge in harming others, and it’s how He warns us of the aftermath of not doing so. This is all for the sake of the light and peace of our hearts and the hearts of others.

SubhanAllah. Allah is never far and He is never neglectful– even of the most subtle details of our lives.

This is both disciplining and comforting.

So next time you mock someone or carelessly throw words that could negatively affect their heart in any way, just be careful because you’re not just dealing with this person. You’re dealing with Allah Himself, and He will answer back! 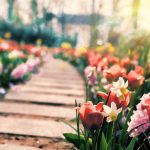 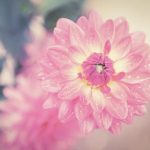 Today’s Beautiful Hadith is about Truthfulness

Qur’anic Reflection: “Let Go and Do Not...