“I’ve disappointed myself one too many times in my lifetime. Going for the gold, reaching half way, then giving up as if it was nothing…as if it wasn’t worth it. Each time I do this, I’m left staring at my pitiful reflection in the mirror saying, “What the heck is my problem? What is it that I do not understand? Why do I not see Hell-fire in front of me? Why is it that I am so certain while doing these things that I’m going to Jannah (heaven), all the while justifying my idiosyncrasies with excuses galore?”

If we don’t take the time to realize why we commit sins, we may never be able to prevent them. There are many different kinds of mistakes, and pinpointing them makes a world of difference.

The first kind of mistake is that of ignorance. In these mistakes, we do not realize the dangers of disobeying the Creator. In times like these, we should take the advice from those who came before us when they said, “Don’t ever look at the smallness of the sin you are committing, rather realize the magnitude of the One you are sinning against.”

The next kind of sin is that which is done to simply follow one’s desire. We know that the action we are doing is wrong, and we know that we are sinning against the Almighty; yet we still do it out of weakness in controlling our own desires. It is in these matters that we need to gain self-control and self-restraint lest we be deemed of those whom Allah speaks about in the Qur’an when He says:

Have you seen he who has taken as his god his [own] desire, and Allah has sent him astray due to knowledge and has set a seal upon his hearing and his heart and put over his vision a veil? So who will guide him after Allah? Then will you not be reminded? (45:23)

Another type of mistake is that which is known as the “Time Zone” Mistake. This is a sin that is directly influenced by a time or place that one is in. This could range from I only do this mistake if I stay up late at night or I only make this mistake when I go visit my friend at her house. These mistakes are the easiest to prevent if we are able to eliminate our entering the specific “Time Zone.” For example, if hanging out with a certain friend always results in you committing a sin, the best way to prevent that sin is to stop hanging out with that friend. At times, however, we are not able to eliminate the “Time Zone” element from our lives, and in cases like these we should resort to putting forth extra effort during the times that we know we are at risk for a specific sin. And of these “Time Zone” mistakes, there is another which is called the “Companion Mistake.” Our friends influence us greatly and when we are around those who sin, we increase our chance of sinning as well.

The worst of all these sins, however, is that sin which is done openly. The Prophet ﷺ (peace be upon him) said: “All of my ummah may be forgiven except those who commit sin openly. It is a kind of committing sin openly if a man does something at night, then morning comes and Allah has concealed his sin, but he says, ‘O So and so, I did such and such last night,’ when his Lord has concealed him (his action) all night but in the morning he reveals that which Allah had concealed for him.”

Once these sins have been recognized, there are some steps that need to be taken. I have heard people say many different things about what to do after a sin is committed, but I find that the six-step remedy is the most comprehensive. These six steps include:

Admitting your mistake;
Repenting to Allah;
NOT MAKING EXCUSES;
Being serious about seeking change;
Always realizing the result of the sin;
And not being a candle – giving light to others and burning yourself.

Do the people think that they will be left to say, “We believe” and they will not be tried? (29:2) 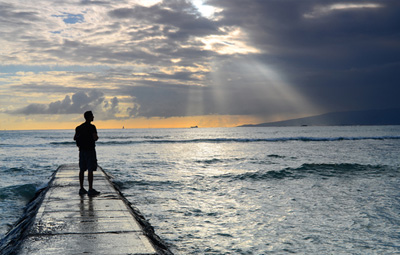 The Special People of Allah 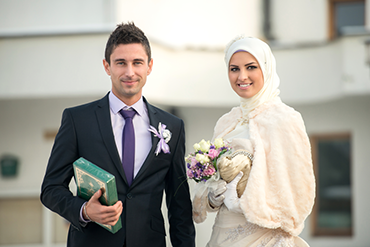