Ever get caught with your foot in the sink at work, school, or the library? You may have received glances from curious onlookers who wonder why you have decided to wash your toes in a public bathroom. You may have thought to yourself, “Oh man, I must look so weird!” Interestingly enough, this part of our religion is both historically and theoretically the foundation for great civilizational values that have benefited Muslims and non-Muslims alike, and can continue to do so.

For Muslims, wudu (ablution for ritual purification before prayer) causes the dripping away of sins from every limb of the body.1 It prepares us to stand before our Lord with all our imperfections.2 The limbs washed in wudu will emanate light in the next world,3 by which the Prophet ﷺ (peace be upon him) and the angels will recognize the believers. As we pour water on our face and limbs to prepare ourselves for prayer, we remember that water is the extinguisher of fire, and we are symbolically asking God for protection from the Hellfire. All this is more than enough reason for us to take pride in our wudu. However, there is still more benefit we can reflect upon.

Allah subhanahu  wa ta`ala (exalted is He) tells us in the Qur’an:

“O you who have believed, when you rise to [perform] prayer, wash your faces and your forearms to the elbows and wipe over your heads and wash your feet to the ankles […]” (Qur’an, 5:6)

This verse comes with a number of benefits, from how to purify ourselves for prayer and the spiritual benefits of doing so, to the formal principles to be used in interpreting the language of the Qur’an and understanding the commands in sacred law.

Once the Companions were ordered to wash themselves for prayer, it became fairly obvious to them, and subsequently to Muslims after them, that this purification must be done using clean water. If Muslims must use water, at least once a day and at most five times a day for a quick wash, then the necessity of clean water, which was earlier restricted to the requirements for drinking and cooking, became paramount.

A Culture of Bodily Hygiene

Thus, the first benefit was a concern for hygiene and cleanliness in general. Muslims developed a culture of keeping their clothes, limbs, and bodies clean during a time when this was not the norm in the region. The spiritual benefit of acquiring the attention of the angels through purification became reflected in the physical benefit of having clean limbs and faces. At sunrise, midday, afternoon, sunset, and night, Muslims are obligated to purify themselves with a washing lasting no more than one or two minutes. Yet this much was enough for this new culture of cleanliness to become the norm.

A Concern for Water Purification

Early Muslims began to discuss ways to keep water pure for their religious use, and what qualified as clean water, taking into account the limited capabilities at the time. Ancient Greek and Sanskrit writings dating back to 2000 B.C. mention early methods of purifying water, such as the Hippocratic sleeve for water filtration, as well as the principles that use the taste and smell of water as indications of cleanliness and safety. These principles became the basis for further studies in Islamic civilization. Scholars would discuss what ratio of water to the possible pollutants was considered “safe” or clean.4 The Andalusian Muslim astronomer and mathematician Jabir ibn Aflah even described methods of purifying water using wick siphons to siphon water from one vessel to another.

One of the earliest chapters of Islamic law studied in seminaries across the world is on purification wells. That is, how to purify a well if an animal or other form of pollutant were to fall into it—not an uncommon occurrence—based on the size of the animal and the size of the well.5 The fact that clean water is required not only to wash oneself to pray, but also to sustain a healthy community was reflected in these early matters of study. Before the advent of microbiology, such measures went far in providing safety to communities across the Muslim world.

In any given society, authorities naturally have the incentive to provide clean water, but the central place of purification in Islamic society made this matter a collective concern, as each individual Muslim is responsible for his own prayers.

During the founding of major Islamic cities, such as Basra, administrators prioritized the building of canals and irrigation systems for providing clean and abundant water, not only for drinking but for the ever-present need to purify oneself.

Amazing works of civil engineering that provided pure water were present across the early Muslim world, from Persia to Spain.  The use and improvement of the qanat (a water transportation system), networks of conduits that could provide water for populations nearing a million or more, and hydraulic systems providing water for baths, buildings, and places for wuduwere distributed across the Muslim world.6 Donald Hill and Ahmed al-Hassan summarize much of this information extensively in their “Ingeneria,” (Engineering in Arabic-Islamic Civilization).

Etiquettes for Communal Use

Islamic Law manuals explaining the methodology of ritual purification paid attention to subtle details. The Prophet ﷺ is said to have instructed that a person making wudu should make sure their hands are clean before dipping them into the water forwudu, in order to keep the water from becoming contaminated.7 While not revolutionary, this shows the degree of attention to details that could promote hygiene and protect water.

The values of Islam, distilled from the Qur’an and the teachings of the Prophet ﷺ also discourage the wasting of water, even where water supply can be assumed to be unlimited.

“The Messenger of Allah ﷺ passed by Sa’d when he was performing ablution, and he said: ‘What is this extravagance?’ He said: ‘Can there be any extravagance in ablution?’ He said: ‘Yes, even if you are on the bank of a flowing river.’”8

The idea that even a single person at an abundant water source should not waste water establishes a value that, if followed widely, would significantly decrease the unnecessary waste of water that exists in many places in the world today. Beyond this, the narration comes with a number of spiritual benefits that demonstrate the importance of being mindful of God-given resources, and remaining humble even when in possession of plenty.

More important than all of this is the fact that wudu is key to Salah (prayer). It acts as the tool with which we are able to prepare ourselves to enter the Court of our Creator.  Before we stand and communicate with the Lord, wudu acts as a beautiful reminder that we are made from water, that this act is a means of protection from fire, and allows us to reflect on what we have done with each limb that we wash between the current prayer and the last.

It is very important to be considerate of others when making wudu by keeping the bathroom rug dry for the rest of the family and not flooding the floors of public facilities. But we should also remember that we have nothing to be ashamed of. Let us be considerate, but let us also be proud, and above all, let us be grateful for every opportunity we have to pray. 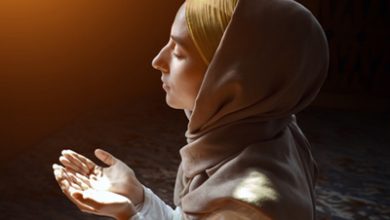 The Power of Dua 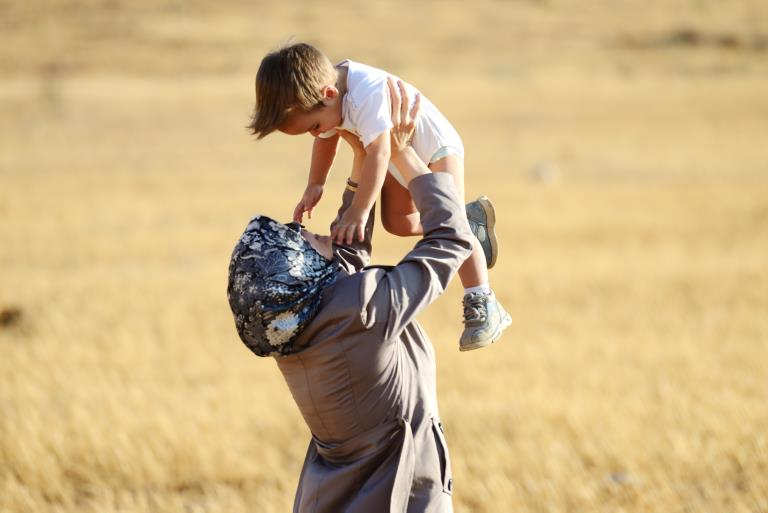