The Hijab Diaries: From Sweet 16 to Hijabi 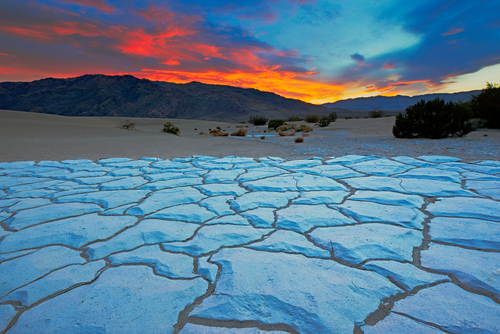 There is one thing that little girls dream about: getting older. Since I was four years old, I’d been dreaming about turning the golden age of sixteen. I watched shows, like My Super Sweet 16 on MTV, and I thought I would plan every detail of my Sweet 16 party with my cousins. I thought I would have an amazing teenage life, like they show on all the TV shows and movies: an unforgettable Sweet 16 party, the cutest boyfriend, the best clothes, my driver’s license, etc. I imagined I’d be living the good life.

I’ll be sixteen in two months and let’s just say life didn’t turn out exactly how I had once pictured it. I just finished my sophomore year of high school with grades that I’m truly proud of. Allah subhanahu wa ta`ala (exalted is He) blessed me with a powerful brain. I’m starting a college summer class and I’m volunteering at the local children’s museum. This past Monday was my first day. Monday was also the day I became a hijabi (someone who dresses modestly, including wearing a headscarf).

This decision has been on my mind for about eight months. After many months of going back and forth, I finally decided in April that I would start wearing hijab. Many factors motivated me to do so, starting with the Saturday Sisters’ Class I attend weekly. Our teacher is a wonderful speaker and instead of falling asleep during her lectures, I anticipate them all week. Then, a reality show came out on TLC called All-American Muslim about everyday Muslims and Islam’s effect on their lives. It was the first time my religion was represented in a positive light by real people. Seeing the life the more religious cast led made me start to consider this life-changing decision. On Twitter, I asked two of the hijab-wearing sisters from the show, Suehaila and her sister Samira, for advice on this decision and they gave me words of encouragement that made me feel like no matter what I chose, I’d be ok. While this lifted my spirits, I was still confused about what I wanted to do.

I needed to be completely sure of my decision, so I went to every teenager’s favorite place, YouTube. I searched the word “hijab” and I found tutorials by many people, but the ones by the user Amenakin stuck out the most. She seemed like the best kind of role model and I was hooked to her videos for guidance and inspiration. I found lectures by Ustadh Nouman Ali Khan, which were funny and intriguing, but also taught me more about Islam. I found Muslim comedians, like Baba Ali, FouseyTube, and Omar Regan who helped demonstrate to me that you can still have a good time and stay within the fold of Islam. I’ve also informed myself about the best example in Islam, the Prophet Muhammad ﷺ (peace be upon him).

Now, as easy as this sounds on paper, it was a process. I was a singer and a dancer, who listened to music every free moment I had and loved watching Bollywood movies. It started with removing all the songs from my iPhone. That alone didn’t do the trick though. Abstaining from music is a struggle I deal with day by day. Then, after many therapeutic sessions with my school’s social worker, came the final decision to wear hijab. After that, I told the people closest to me about my decision and I started to mentally prepare myself for what was to come. Not every reaction was pleasant and I had to deal with the reality that wearing hijab couldn’t be to please anyone, except Allah (swt). I revamped my wardrobe with more modest clothing and started my hijab collection. I bought my first Islamically acceptable swimsuit, with head-to-toe coverage. Just yesterday I took down all of my Facebook pictures.

It’s been four days since my first day as a hijabi and it’s been a satisfying experience. I have more self-respect and I can tell people respect me more, as well. The people I’ve come across in these few days have judged me by my personality and demeanor.  It is frustrating when it’s hot outside and I’m continuing to learn efficient ways to dress modestly for the hot weather.

As my sixteenth birthday comes around, I may not be having any party, but I have much to be proud of; I may not have the life I desired as a young child, but I have a life that holds the highest reward, the blessings of Allah (swt). I was guided to this path and my parents couldn’t be happier. Not only are they proud of the strong person I’ve become, but they are also delighted by the amount of money they’re saving by not throwing me a Sweet 16. Allah (swt) really is the Most Merciful. 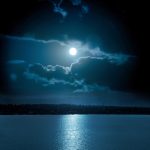 You Will Find Me, if Allah so Wills, Among Those Who Are Patient 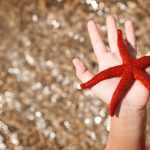 The Hijab Diaries: Going Back to School

The Hijab Diaries: Going Back to School

Can a Woman Observe another Woman’s Nudity...

I was so moved to hear your story,it’s amazing that how at such young age you changed your life style and started wearing hijab MashAllah.I will share your story with my 17 yr old because you are an inspiration to young girls and us ladies.
May Allah keep you steadfast and may He help you every step of the way ameen. KEEP GOING GIRL.

its great how much much stronger and intellectual the muslim community is becoming 🙂
mashaallah 🙂
honestly. good for you 🙂

Felt like I was reading my own dairy. I went thru the same transformation 2 yrs ago. I know exactly how u, its not just covering ur hair, especially if u have lived or wanted to live like an average American teen. Its been a challenge for me too and still is! But allhumdulilah, im trying my best. And im so happy that u made the decision at such an early age! Its not easy but its all worth it.

Assallaamu alaikum sister I love to see my sisters stepping up and doing what pleasing to our Rabb. I’m soo proud of you sister I am and just know if we hold on Allah will reward us Inshallah.My story is a little similar I came from a Christian family and I decided to become Muslim at the age 13 I’m 17 now . It was such a rocky road with family school but I’ve learned and conditioned myself to understand that I don’t live for this life I live for the Hereafter. Now I’m proud to say at 14-15 I was a hijabi now thru 15-17 now I’m a niqabi may Allah increase us and grant us all Jannah

I’m truly overwhelmed by your story …it was a wonderful decision to make ..hope u will stick to it the rest of ur life ..