Inspired by Nuh: Building Success in Spite of Critics 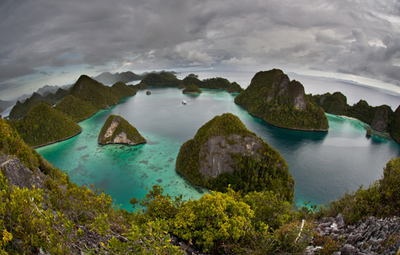 On your journey towards “success” there will always be critics waiting in the sidelines to tear down what you are attempting to build. And sometimes the greatest “critic” that you have to battle is actually your internal critic who recites monologues of all the reasons you should quit.

Whenever these negative voices creep up on me, I try to remind myself of Prophet Nuh’s (as) story. It’s really quite incredible. Prophet Nuh (as) called his people for 950 years and they didn’t listen to the words of guidance. Finally, he was asked by Allah (swt) to build an ark in anticipation of a great flood.

Imagine a man building a huge ark faraway from any large bodies of water. There was no ocean or river nearby that he could “push” the finished ark towards – just dry earth all around him.

The disbelievers tormented him: “And he constructed the ship, and whenever an assembly of the eminent of his people passed by him, they ridiculed him…” (Qur’an 11:38)

Two of the many lessons that I take from this story, and the story of Nuh in general, are as follows:

1. The value of having “certainty”

Why didn’t Prophet Nuh (as) leave his mission to build the ark when people began ridiculing him? Well, he was certain that building it was the right thing to do – after all, Allah (swt) commanded him to do so.

When people around you are trying to tear you down, the one thing that will keep you going is certainty. Certainty has different layers – the first, of course, being certainty in Allah (swt) as your Lord, Muhammad (saw) as our prophet, and Islam as your faith. After that, you have to be (relatively) certain that you’re doing the right thing – whether that’s in your business or your personal life. (I say “relatively” here because we are not prophets who receive wahy from Allah! We will always struggle to separate right and wrong and make the best decisions).

So many of us throw ourselves head first into projects or relationships without taking the time to do our research. We are impulsive. We make huge decisions without asking ourselves is this something that’s going to be good for me as a Muslim, as a person, as a business owner or employee?

Allah (swt) comments on this human tendency, saying, “Man was created of haste. I will show you My signs, so do not impatiently urge Me” (21:37).

When we are uncertain, any negative comment or even constructive piece of criticism we get will unhinge us. We’ll automatically adopt a defensive stance without reflecting on the merits of the criticism.

If you’re certain that you’re doing the right thing, however, you will be able to escape the clutches of every troll who says otherwise. You’ll take the constructive criticism and use it to improve.

The key here, then, is to make sure you’re walking a good path that is in line with what Allah (swt) asks of us. Employ ethical business practices, take part in projects that will serve the betterment of your community, be in a consistent state of improving your mind, heart, and body. Ask Allah (swt) to guide you and make istikhara a pillar of your decision-making.

2. Prophet Nuh’s patience with his people

His people disbelieved in him and ridiculed him nonstop for literally centuries. Yet, Prophet Nuh (as) continued to call them.

But even after he came to terms with the fact that no one else would ever believe in him, and even as the heavy rain was falling and the flooding was overtaking everyone in its path, he still invited his disbelieving son to join him.

“And it sailed with them through waves like mountains, and Noah called to his son who was apart [from them], ‘O my son, come aboard with us and be not with the disbelievers.’ [But] he said, ‘I will take refuge on a mountain to protect me from the water.’ [Noah] said, ‘There is no protector today from the decree of Allah, except for whom He gives mercy.’ And the waves came between them, and he was among the drowned” (11:42-43).

I’m always amazed at this heart-wrenching passage in the Quran – while reading it, you almost experience the sheer pain Nuh must have felt when watching his own son drown. As the waves are crashing, and people are drowning, Nuh pleads with his son whom he loves: come aboard. In the midst of this absolute chaos, he still doesn’t give up on his son until his son’s last breath.

Sometimes we give up too easily. The people in our lives were put there for a reason – to motivate us, to teach us, and to strengthen us. But we are hasty. We’re quick to cut out anyone in our lives who doesn’t believe in what we’re doing, or doesn’t support us unconditionally. We cut ties of kinship as though they are nothing more than frayed strings hanging off our clothes. We’re not willing to work on relationships anymore.

My grandmother used to say: “the silly person cuts, while the smart person sews.” It’s always easier to cut something away than to work on fixing it.

May Allah (swt) allow us to be patient with the people in our lives, and to build our own sense of confidence and certainty in everything that we do.

Asmaa Hussein is the author of “A Temporary Gift: Reflections on Love, Loss, and Healing,” a gripping memoir about widowhood. She has authored several children’s books and is the creator of www.ruqayabookshelf.com, a website about the Islamic parenting experience. Asmaa was born and raised in Toronto, Canada and currently lives there with her family. 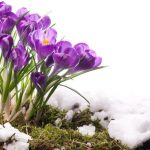 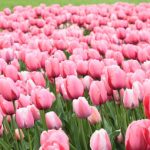