We have been looking at the way the reasons of revelation can aid us in developing a sound understanding of the Qur’an. Here we look at this issue with much more depth.

Imam ash-Shatibi radi allahu `anhu (may God be pleased with him) states in al-Muwafaqat:

“Knowledge of the reasons of revelation as it descended is a must for the person desiring knowledge of the Qur’an. The evidences for this position are:

Neglect in understanding the reasons of revelation as it descended lleads [the reader] to misread the intent of the verses of the Qur’an.”

Imam ar-Razi (ra) said: “If we know the reasons of revelation, it becomes clear to us what was intended,” (Usul at-Tafsir wa Qawaidihi).

Imam Ibn Taymiyah (ra) said: “Familiarity with the reasons of revelation supports understanding of a verse. For indeed knowledge of a reason leads us to what generated it.”

Imam Ibn Daqiq al-Eid (ra) said: “By cultivating familiarity and knowledge of the reasons for revelation one firmly trots a strong path to understanding the meaning of the Qur’an,” (Muqaddima Usul at Tafsir).

The position of Imam Shah Wali Ullah (ra) is reaffirmed by Shaikh Muhammad Abdul Adheem az-Zarqani al-Azhari (ra) (Minahal al Irfan, v.1). Shaikh Khalid as-Sabt (h) says: “the major portion of the Qur’an was revealed with no mention of there being a specific reason for its descent. On the other hand, there are portions of the Qur’an that descended in response to a particular occasion or to a question posed. Possessing this type of knowledge is a condition for interpreting the Qur’an. The reasons and occasions of revelation clarify a ruling or speak to a particular situation during the time of revelation,” (Qawaid at Tafsir, v. 1).

There is no difference among the scholars regarding the function of the reasons of revelation in determining the meaning of a verse.  Some scholars have mentioned that this type of knowledge clarifies matters that can be misunderstood as well as prevents misunderstanding. Shaikh Muhammad Abdul Adheem az-Zarqani al-Azhari (ra) adds that this knowledge facilitates understanding and memorization of the Qur’an.  He also relates the position that the knowledge of the reasons of the occasions of revelation is only to be based upon sound narrations. We only arrive at this knowledge by means of reliable transmission. Consequently, ijtihad is not a source of reference for this knowledge (Minahal al Irfan, v.1).

In reading Imam Shah Wali Ullah (ra) in light of the position of Shaikh az- Zarqani al-Azhari (ra), one is left with a question: “If the only means to understanding the reasons and occasions of revelation is a sound narration then what of the stories of the people of the Book?” Imam Ibn Taymiyah (ra) says: these stories are of three categories:

Shaikh Ahmad Sa’ad Ibrahim Abdur Rahman al-Azhari (h) commenting on Imam Ibn Taymiyah’s Muqaddima says: “The introduction of the stories of the people of the Book into Qur’anic exegesis has been the cause of differences of opinion among the scholars of Qur’anic commentary due to the fact that we find contradictory narrations used to understand the Qur’an that can not be verified nor are they related from an infallible source. Here the sound position is as Shaikh az- Zarqani al-Azhari (ra) related: ‘We only arrive at this knowledge by means of reliable transmission consequently ijtihad is not a source of reference for this knowledge (Minahal al Irfan, v.1).’”

For this reason we find many contemporary scholars ensure that their work on Qur’anic commentary is divest of stories that are nor verifiable nor sound. The problem we face is that many people have predicated an understanding about Prophets or stories related in the Qur’an upon narrations which are not verifiable and by doing so, they violate a fundamental principle of Qur’anic commentary and that is that we must possess a sound knowledge of the occasions and reasons of revelation. Even if the stories are narrated not as a means to understand the Qur’an but instead are used to encourage faith, they cloud the reality of the Qur’an and Prophet-hood because the basis of the knowledge is unfounded.

The Chapter of the Qur’an entitled “Sincerity” was revealed in Mecca and contains four verses. The first verse of the chapter (Say: He, Allah, is One) according to Imam at-Tirmidhi (ra) who narrated from al-Hakum and Ibn Khuzaimah by way of Abi Aliyah from Ubayy Bin Ka’ab that: “The polytheists said to the Prophet Muhammad ﷺ relate to us the lineage of your Rabb [Lord]. So Allah revealed this verse: (Say: He, Allah, is One).”

Proudly brought to you by Virtual Mosque, more Virtual Mosque can be found at http://www.virtualmosque.com/islam-studies/sciences-of-quran-and-hadith/reasons-of-revelation/

The Deen (Religion) is Ease – Part I 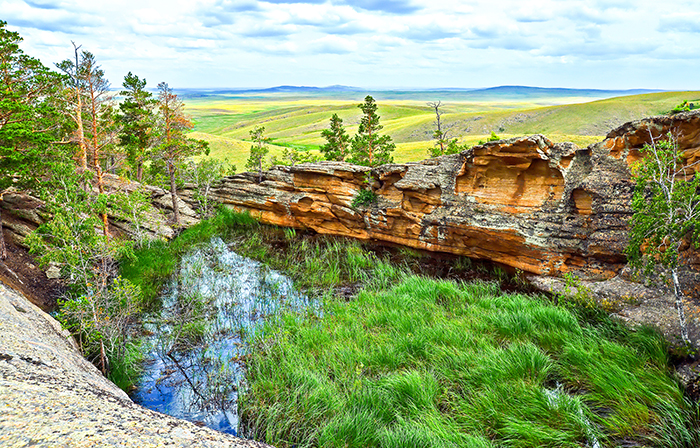