Shaykh Farid Dingle answers a question about struggling with one’s din, not feeling worthy of Islam, and losing hope and trust in Allah.

I’ve been struggling with the din since Allah drew me back into the religion when a calamity had befallen me because there was no other way out. Since then I’ve been practicing. I think to myself, “Why me?” because I disobey Allah a lot and then I repent and then intentionally go back to it. This same cycle repeats over and over again. Eventually I give up. I start to pray less and fall into despair.

There are times where I also disobey my parents. I try my best to obey as much as I can but when it comes to matters which are prohibited in Islam I don’t listen. There’s a hadith that says, whoever is disobedient to their parents will never enter paradise. When I read this, I just start to give up and think to myself, “What’s the point? Might as well just go all out.”

This was one of the reasons why I nearly left Islam. I really don’t know what to do anymore.

Allah Most High says in the Qur’an,

“Say, ‘O My servants who have transgressed against themselves, do not despair of the mercy of Allah. Indeed, Allah forgives all sins. Indeed, it is He who is the Forgiving, the Merciful.’”

“And return utterly in repentance to your Lord and submit to Him before the punishment comes upon you; then you will not be helped.” (Sura al-Zumar 39:53-54)

And the Holy Prophet has said, Allah bless him and grant him peace, “By Him in whose hand is my soul, if you did not sin, Allah would do away with you, and bring a people who would sin and then they seek forgiveness from Allah, and He would forgive them.” (Muslim)

And he also said, “Verily, Allah is more pleased with the repentance of His slave than a person who has his camel in a waterless desert on whose back is his provision of food and drink which is then lost. He, having lost all hope (to get that back), lies down in shade despaired of ever finding his camel; when all of a sudden he finds the camel standing before him. He takes hold of its reins and then, out of boundless joy, blurts out, ‘O Allah, You are my slave and I am Your Lord!’ making a mistake out of extreme joy.’” (Muslim)

In the verses above, Allah first reminds us of His mercy and then reminds of His punishment. This is a repeated theme in the Quran: always having hope, but not forgetting to fear Allah.

The Devil likes to trick us by making us give up hope, or by making us too hopeful. The way of safety is in between, with fear and hope always vying to control our hearts and always encouraging us to keep going.

Allah Most High has told us, “O you who have believed, fear Allah and be with those who are true.” (Sura al-Tawba 9:119) And the Messenger of Allah, Allah bless him and grant him peace, said, “A man is upon the religion of his best friend, so let one of you look well to whom he befriends.” (Abu Dawud)

This verse and hadith tell us that we have to be very careful about those with whom we associate, be it in friendships or in the virtual world. Often we get held back by the bad company we keep.

It is not a lack of loyalty to politely avoid your friends of the past who keep dragging one into sin. In fact it is from loyalty to Allah that one do that.

If you don’t change your environment to the extent you can, it is very, very hard to change your life and progress.

You are not alone in your struggle. This is what all of us face in life on various different levels. We just have to keep working on ourselves bit by bit, trying our best, relying upon Allah, and seeking His forgiveness when we fall on our nose. 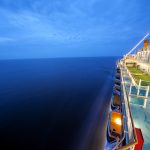 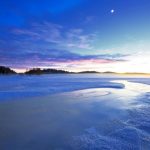 Today’s Beautiful Hadith is about Seeking Refuge with Allah

My Husband Doesn’t Want to Have Kids....