It is narrated in the Books of History that Julay’beeb رضي الله عنهم was a Sahabee (companion) who was:
• short in height
• deformed in appearance
• his lineage was not known
• no one knew who his parents were
• with no clan to protect him
• no tribe willing to accept him as their own
• he cut a lonely figure even the small children of Madinah would tease & mock him
• owing to his disabilities no one would allow him to sit in their company.

He survived as best he could, many a lonely night in Madinah he spent wondering the streets in despair, tears of desperation would run down his cheeks, there was no one willing to offer him love or compassion, he had no family and not a single friend in the world.

Life for him was a lonely struggle.After the arrival of the Prophet of ALLAH ﷺ to Madinah, the fortunes of Julay’beeb رضي الله عنهم changed.He would go and sit in the company of the Prophet ﷺ and listen intently, rarely speaking; he would out of shyness keep his gaze lowered. He now, had the best of friends in the Prophet of ALLAH ﷺ; those days of loneliness and despair were over, for the Best of creation ﷺ had arrived.

Julay’beeb رضي الله عنهم was now a part of the community of believers (in Islamic Monotheism).
One day as he was sitting in the Company of the Prophet ﷺ, The Messenger of ALLAH ﷺ asked him:
“O Julay’beeb رضي الله عنهم ask for something… is there anything you desire?” He raised his head slowly and said in a shy voice; “O Messenger of ALLAH ﷺ, ALLAH has blessed me with your companionship, I get to sit at your blessed feet and hear your blessed words, what more could I desire”.

The Prophet of ALLAH ﷺ asked:
“How would you like to get married my dear Julay’beeb رضي الله عنهم,”
He smiled shyly wondering who would want to marry him. “Yes messenger of ALLAH ﷺ I would like that.”

The Prophet of ALLAH ﷺ went to the house of a prominent and noble Sahabee from amongst the Ansar. He said “I have come to ask for your daughters hand in marriage”.

Upon hearing the commotion, the daughter arrived. It is said that she was so beautiful that there was none among the women of the Ansar who could compete with her beauty. She was so shy and modest that perhaps the sky itself had never seen her head uncovered. She had so much Taqwa that she would spend her days & nights in worship.

The daughter asked what was happening; she was told that the Prophet of ALLAH ﷺ wants your hand in marriage for Julay’beeb رضي الله عنهم.As the Mother continued her crying and wailing, the daughter spoke, she said:
“O my Mother, fear ALLAH, think of what you are saying, are you turning away the Prophet of ALLAH ﷺ.
‘O my Mother, it does not suit a believer to make their own decision once ALLAH and His Messenger ﷺ have decided on a matter.

Do you think that the Prophet of ALLAH ﷺ will disgrace us?
How blessed is the status of Julay’beeb رضي الله عنهم, that ALLAH and His Messenger ﷺ are asking for your daughters hand on his behalf. Don’t you know that the angels themselves envy the dust on the feet of one who is a beloved of ALLAH and His Prophet ﷺ.

Ask the Prophet ﷺ, to send me Julay’beeb رضي الله عنه for there is no greater privilege than for me to be blessed by such a husband. The Prophet of Allaah ﷺ has arrived with such a wonderful gift, yet my Mother you cry and wail.”

The Mothers heart being filled with remorse said:
“Stop, my daughter, don’t say another word, indeed I have erred, I repent and I repent a 1,000 times over for as of this moment there is no one who I would prefer for you than Julay’beeb رضي الله عنهم.”
The following day the Nikaah is made.

On the day of the expedition his Father in law, had pleaded with him:
“‘O Julay’beeb رضي الله عنهم this is just an expedition, it is not a compulsory Jihad, it is Fardh Al-Kifaayah, it is a voluntary Jihad, and you are newly married, so spend some time with your wife.”
Julay’beeb رضي الله عنهم, the one who had spent a lifetime in despair had now found a loving wife.But listen to his response to the Father in law’s request.
He said “‘O my father, you say a strange thing, my Beloved Prophet ﷺ is in the battlefield facing the enemies of Islam and you want me to sit at home with my wife, nay I will sacrifice my blood and my soul rather than see my Prophet ﷺ facing hardship while I sit at home in luxury”.

The diminutive Julay’beeb رضي الله عنهم was indeed a strange sight carrying a sword almost the same size as him.
The Sahabah stared in wonderment at him, the sweet and gentle Julay’beeb رضي الله عنهم was transformed in to a Lion.
“Who dare wage war upon my Prophet ﷺ?” He said, as he charged into the ranks of the enemy.
After that battle the Prophet of ALLAH ﷺ, asked the Sahabah to go and to see if anyone was missing from their families and clans.

Each one returned accounting for all his family members.
Then the Prophet ﷺ spoke with tears in his eyes he said:
“But I have lost my Beloved Julay’beeb رضي الله عنهم go and find him.”
They found his diminutive body lying next to 7 of the enemies he had slain in the battle.

The Prophet of ALLAH ﷺ asked for a grave to be dug, as the Prophet of ALLAH ﷺ held the body of Julay’beeb رضي الله عنهم he said:
“O’ ALLAH he is from me and I am From Him”, he repeated this 3 times.
The companions wept profusely,
“May our Mothers and Fathers be sacrificed for you O’ Julay’beeb رضي الله عنهم, how great is your status!”
Thus, a Sahabee who had once lived as an outcast, shunned by the society around him.
He loved ALLAH and His Messenger ﷺ and reached such a high status.
He who was not good-looking was blessed with a beautiful wife.
He who was poor was blessed by a wealthy wife.
He who had no family or status, was blessed by a wife with noble status & lineage.
He who had lived in loneliness and despair, was loved by ALLAH and His Messenger ﷺ.
He had the Messenger of ALLAH ﷺ say: “O Allaah he is from me and I am from him.”
It is said:
“That upon his martyrdom, that the sky itself was filled with thousands of angels who had come to participate in his Janazah”.

Julay’beeb رضي الله عنهم ‘The Lonesome one’ had become a beloved of Allaah, and His Prophet ﷺ, he was lonely no more.
Such is the status of the lovers of the Prophet ﷺ.
As for his wife, it is said that there was no widow whose hand was more sought after in marriage than hers.
[Saheeh Muslim Book 031, Hadeeth Number 6045] 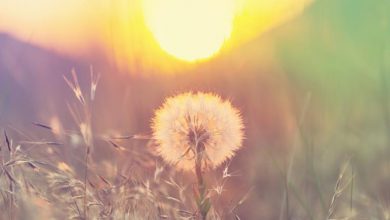