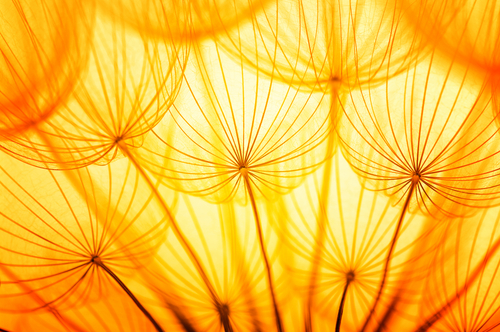 Musa’s alayhi salatu wassalam (peace and blessings be upon him) desperate call for help was captured in a powerful du`a’ (supplication) when he found himself homeless with nowhere to go, just after he had accidentally committed murder and the chiefs of the city were on the hunt for him. No trials, no nothing. They wanted him dead.

So as Musa (as) was running away from the chiefs he found himself entering the land of Madyan, where he saw two women who needed help watering their animals. Bearing in mind his plight, what does Musa (as) do? He goes over and waters their animals for them. He has just fled a city in fear of being killed. On foot. Without food for days. He is exhausted. On his way there he was crying out to his Lord for help in a state of fear. He was probably in more need of water than the animals. Yet still, when he arrives, he goes to help the women. And then what does he do? He walks away.

“So he watered [their flocks] for them, then he went back to the shade and said: ‘My Lord, indeed I am, for whatever good You would send down on me, in need.’”

So he turns away. He simply gives back the animals, turns around and walks away to retreat into the comfort of the shade before making the above du`a’. A du`a’ proclaiming his destitution and his need of favor from Allah subhanahu wa ta`ala(exalted is He), asking for any good to come his way; any opportunity to do good like the one he just did. There is something amazing to learn from this.

Despite being exhausted, scared, and in difficulty, Musa (as) gave; he gave with no strings attached. Not only was this a selfless act, but he had no expectation of gratitude from the women and so immediately walked away afterwards, not lingering for a ‘thank you’ or any form of praise. This is exactly what we, as Muslims, should strive to emanate in our characters and personalities. We should be taking every opportunity to make a positive difference, whether someone asks us for help or not, by seeking out those who could use our support and assistance.

How many times have we known that someone needs our help but failed to act upon it? The simplest of smiles can turn around a day. Every second of the day, we are surrounded by opportunities that many of us unfortunately overlook. We may not be able to bring about world peace in one day but we can take the time to help our parents, brothers, sisters, friends and the people immediately around us too. We should be giving, helping, and serving others for the sake of Allah (swt) only and not seeking to feed our egos with mortal praise. Our self-worth is only dependent on our relationship with Him. The minute we start searching for honour and admiration in the dunya (this life) is the point when we should question our faith: why are we doing something and for whom? Musa’s (as) focus remained on Allah (swt). And in actual fact, letting go of these expectations and placing our hopes in Him is so liberating for ourselves—it no longer matters whether someone is grateful for your toils or not, so long as your heart rests in plain sight of Allah (swt). No unfulfilled worldly expectation then stands as an obstacle in our path of helping others. Subhan Allah (glory be to God), on top of all this, we do not just gain in perspective of self-development but we also contribute towards creating a more healthy society as we continue to do good work.

“[He] who gives [from] his wealth to purify himself, and not [giving] for anyone who has [done him] a favor to be rewarded, But only the seeking the countenance of his Lord, Most High. And he is going to be satisfied.”

Grasping every chance, striving to offer help until it is weaved into the fabric of our consciousness should be the goal. The prophets (peace be upon them all) radiated selfless and loving dispositions, possible through their focus on performing deeds for the sake of Allah (swt) only; practising the kind of love taught to us by Allah. Deep-rooted expectations and attachments to the temporary dunya can sometimes be difficult to overcome and so we should learn that this will be a life-long process of development, but bear in mind that every struggle and trial insha’Allah (if God wills) will polish us like friction does for diamonds and gems. But something we can do right now is give of our love and our goodness to the people around us, and be grateful to Allah (swt) for His blessings and to those around us who have been a vehicle for His mercy and kindness.  =)

“And still, after all this time, the Sun has never said to the Earth,

It lights up the sky.”

30 Reasons for Redemption and Elevation, Not...

How to Deal with Emotional Challenges and...

Lessons from Surah Fatihah – Identifying the...

A Holiday Message from the Life of...