What is the Qur’an and the Manner to Read It?

The Qur’an is the definitive sacred text for all Muslims. It was revealed by Allah SWT through the Angel Jibril AS to the Prophet Muhammad SAW in a series of revelations spanning 23 years.

It is not merely a collection of Arabic verses to be ritually memorised and recited. The Qur’an is the encyclopaedia and the map for our lives in this world, containing a wealth of knowledge, wisdom and guidance.

The Qur’an is the only surviving miracle amongst all miracles granted to the Prophets of Allah SWT. It is the final and comprehensive guidance to mankind, in the very words of our Creator. It contains messages to be read, comprehended and applied to all aspects of our lives – physical, emotional, psychological and spiritual.

The best way to understand the Qur’an is to read it in its original Arabic form. However, while some of us are able to recite in Arabic, many Muslims today are not familiar with the Arabic language. This brief guide is to help those who would like to study its meaning by references to the English translations.

Layout of the Qur’an – A Simple Guide

The layout of the Qur’an is unlike any other book on earth, and readers who are unfamiliar with its format might find it difficult to follow at first. Below is a simplified blueprint of the Qur’an and some helpful facts to help you navigate through its structure:

The format of the Qur’an as it exists today was transcribed after the death of the Prophet SAW. Prior to that, the revelations were recorded on various materials – leaf, paper, and even bone. The sequence of arrangement as exists in the Qur’an today was instructed by the Angel Jibril AS towards the end of the lifetime of the Prophet Muhammad SAW, but it was only after his death that it was physically compiled by a team of learned Companions who had committed the Qur’an, including its hard copy sequence, to memory.

The wisdom of Allah in the current Qur’anic format cannot be summarized in this article. Briefly however, the first third deals with the detailed constitution between man and his surroundings, the second third goes into these ideas in greater detail and examples, while the last third summarises the entire message of Islam in short and succinct verses. Therefore, in its current layout, the first few chapters of the Qur’an are lengthy and complex, and someone trying to grasp its contents by reading it in this order is likely to find it challenging.

A simpler approach would be to divide the Qur’an into the Mecca and the Madinah verses:

Where Should I Start?

It really depends on what your intention is.

If your intention is to learn how to recite the Qur’an properly, it is best to do so with the help of a tutor in order to ensure that your pronunciation (or tajweed) is correct. If this is the case, your tutor will likely start in the final chapter of the Qur’an, where the verses (mostly Mecca verses) are comparatively brief and easy to recite.

However, although reciting the Qur’an is meritorious and is a form of worship for which you will be rewarded, the true benefit of reading the Qur’an comes from comprehending and living its message. The best way is to do this to seek the correct knowledge from a learned teacher. This guide is intended for those who do not have the resources to do so.

Therefore, start by looking for a reliable translation of the Qur’an in the language you are comfortable with. There are several reputable English translations in the market, the most famous ones being Yusuf Ali, Mohsin Khan and Sahih International. All of these versions are popularly used and are available for free online at http://quran.com.

In their hardcopy format, the Yusuf Ali and Mohsin Khan versions contain extensive footnotes, which are helpful if the reader requires more context, while the Sahih International version takes a simpler approach of translating the verses literally without any commentary. Please remember that the translation also depends on the personal preference and discretion of the translator, hence there is no “standard” translation of the Qur’an and the translations will differ.

What is important is, do not give your own interpretation to Qur’anic verses. You have to ensure that you receive the correct knowledge and understanding of the Qur’an. Should you wish to have a deeper understanding, please seek authentic interpretation/explanation, as prepared by the early scholars such as Ibn Katheer. In case of doubt, please verify with a learned person or by reading a reliable tafseer. Do not rely on your own personal understanding, as it is prone to corruption and misinterpretation.

Preparation: Respect What You Read

Given that the Qur’an contains the direct words of God, the first thing you should do is to respect what you are about to read. The first step, as a matter of adab or manner, is to prepare yourself physically and spiritually.

Physical preparation involves being in a state of cleanliness and purity, for example, dressing in clean and modest clothes, and purifying yourself physically (if possible by taking ablution or wudu). Also, try to find a calm, neat and clean environment.

Spiritual preparation involves being in the state of mind that would help you obtain the divine benefit of the messages. The first prerequisite of personalizing Qur’an is absolute humility and humbleness to Allah SWT. The more you are poor to Allah SWT and aware of your ignorance and acknowledge your need for Allah SWT and His divine guidance, the more you will be granted, by the will of our Creator, the in-depth understanding of the Qur’an. Hence, approach the Qur’an with sincerity and honesty.

In all acts of worship, and in fact, in every single act that we do in life, we will be rewarded based on our intention. Hence it is a basic principle that we should set our intention first before embarking on any undertaking.

It is the same with the Qur’an. The benefit you will derive from it will be based on your intention. Before you read the Qur’an, remember that the Qur’an reads you first, reads what is in your heart, and responds accordingly.

Hence, what is your intention when you read the Qur’an?

To improve your recitation or memorisation?
Because it’s a routine?
To gain knowledge?
To find a solution to your problems?
To seek forgiveness?
To improve your relationship with God?
To achieve some peace and tranquility?

Whatever benefit you sincerely hope to derive from the Qur’an, is what Allah SWT will grant to you. Hence the reading of the Qur’an should be preceded by a conscious and sincere intention, and insha Allah SWT, you will find what you are looking for and get rewarded according to your intention.

Next: Reading the Qur’an in Revelatory Sequence: Mecca and Madinah Verses 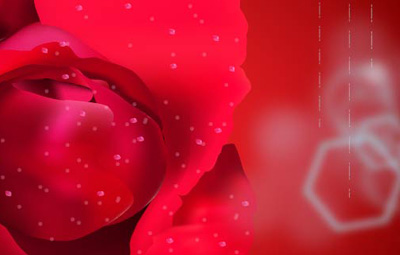 Empathy: A Trait that Can Transform Your Life