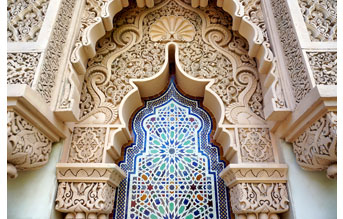 In the name of Allah, the most Merciful, the most Compassionate.

My name is Lina Choshha, I’m 30 years old. I come from a small community minority of Circassians (Caucasian ethnic group) Muslims at the Middle East. Currently I study for a Master in computer science in Oxford University.

My family always wanted me to be a teacher or a nurse. Coming from a very small traditional and religious minority community, it was hard to accept that I wanted to study engineering, since studying far from home means living in dorms, coming back once a week or sometimes even a month. Also High Tech Center is from the place I used to live whereas nursing or teaching could be taught in a close academic institute to the village and eventually graduates could work at the nearest hospitals or at the local school. As a native who is familiar with the Circassian history, I could understand why my parents wanted me to study and work close to the house, because we are a nation which have deported from their land- Caucuses two hundred years ago and as a result, we have been separated from each other. So for my parents and the entire community, living in a village where everyone is Circassian and familiar with each other gives security. But to me, after I grasped the importance of technology and its potential to improve my community lives I dreamed of innovating the next technology that would make my friends and family lives easier.

Following my ambitions, I got into the best institute in my country but unfortunately I was rejected from the program I wished and worked hard for two years to improve my application, Computer Science. I remember that week vividly, I came back home from the university for the weekend and I didn’t have a plan: what next? How will I tell my parents? And then I talked to a friend. My friend suggested to make Isteekhara and so I did. Following the Isteekhara I chose to study something else than I planned. But I knew deep in my heart that one day Allah will make it up to me big time. I felt this for the next five years of my studies: in each class where I was the only Hijabi sister, in each assignment that I had to do by my own because I didn’t have anyone to work with and in my graduation ceremony where I was the only Muslima graduate, Alhamdulillah.

The coming three years after the graduation I worked at underpaid job whereas my class mates were kept being promoted at their work places. I have found myself working day and night in a job where I was not appreciated or challenged anymore and on top of that, less experienced employees were being promoted. But I kept reminding myself that a lot of people would have wished to be in my place and I was grateful for having a place to pray at least at my workplace. At that time period my father has passed away, all of my friends got married, I felt in a cross roads and I was desperate for a change. I remember one night when I cried sincerely to Allah on the Sajdah asking for guidance, help and strength. SubhanAllah, that week it came to my attention the idea for a graduate studies abroad. Finally, I had a plan and soon I submitted application for a scholarship at one of UK’s colleges. The coming months after, I was taking IELTS classes for the English test and toward the end of the course I have received the bad news that I didn’t get the scholarship. I felt like all of my dreams, hopes and plans have vanished. I came back home and cried again to Allah, I said Alhamdullilah in any case and reminded myself “and perhaps you love a thing and it is bad for you. And Allah Knows, while you know not” [2:216]. That momenkt I could give up about my plan but I felt sudden strength, motivation and determination because ‘only Allah has the last word’.

That week when I went back to the English classes, I discussed with one of the students and she suggested me to apply to Oxford. My main concern was that the deadlines for scholarships has already passed. I looked everywhere for scholarships days and nights, I even drove two hours to the British council to check their scholarships book, but I have found nothing. Even though, it didn’t stop me applying to Oxford University, I had a strong deep reliance on Allah that if it is written for me to study there, Allah will provide me a scholarship- ” Whoever fears Allah, Allah will find a way out for him (from every difficulty) and He will provide for him from sources that he could never have imagined” [65:2-3], and he did. SubhanAllah, two weeks after I applied, Oxford University has published a new full scholarship for students from my home country. How amazing Allah’s ways! I didn’t get into computer science program in the best university of my country ten years ago and neither I have gotten the partial scholarship I applied at first but Allah had better plans for me: I am about to graduate Master in computer science in Oxford University this year Inshallah and I’ll be the first person (hopefully not the last one) from my community who have ever studied in Oxford.

Brothers and sisters, if you feel Allah doesn’t grant you something you want, it is because he wants to give you something better. If Allah pushes you to the limit it is because he wants you to look for something better for yourself than what you have now. And if you take Allah as a friend then “Allah is sufficient as a Friend and Allah is sufficient as a Helper.” [4:45] 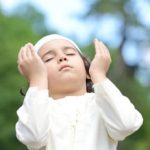 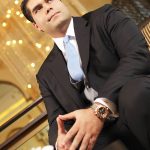