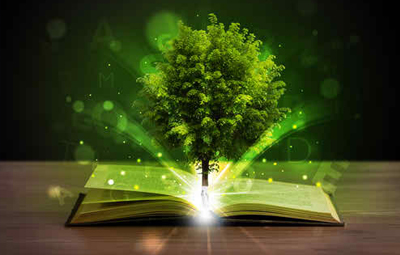 There is a very strong and beautiful message – among many- in Surat Al Kahf that sometimes we forget.

The message is in this verse:

“Wealth and children are [but] adornment of the worldly life. But the enduring good deeds are better to your Lord for reward and better for [one’s] hope.” (Qur’an 18: 46)
Many of us spend majority of our time and attention in this life working on those two aspects: accumulating money and raising children. Almost everything in life revolves around those two things.

For many people, the measure of one’s success is his job and how much money he has.

If you meet someone that you haven’t met in a long time, you’ll probably get asked “so where are you working now? How is the job?” Or even more bluntly, “How is the pay?”

If you are a woman and you meet a friend or a family member you haven’t seen in a long time, you’ll probably get asked “So did you get married? What does your husband do? Do you have kids? How many?”

We put so much emphasis on these aspects as if they’re the only measure of one’s success.

You’ll hardly meet someone who asks you, “so how is your heart with Allah? How is your dhikr (remembrance of Allah)? Are you engaged in any community work that I could join too? How is the Qur’an with you? Are there any good deen lectures or gatherings you’re attending that I could attend too?”

This rarely happens because most of us are more focused on what is temporary than what Allah told us is better and everlasting.

This may be why it is a great aspect of this deen that we are encouraged to read Surat Al Kahf every single week, every Friday so that we can get a reality check and put our minds and hearts back on the right track.

There is an interesting story regarding this.

There is this great and pious sister we know who hasn’t gotten married yet, while most of her counterparts are married with children.

She was visiting her family members one Thursday when she was hit with a wave of sadness and negativity because of how everyone made her feel. They were complimenting and referring to the success and blessings of other ladies in the family who now have great luxurious homes with their husbands and really cute kids. The entire setting and insinuations kept reminding her that she may be a failure or that others are more blessed than her.

This made her heart really heavy and she started dwelling in sadness.

Next morning it was Friday and like she always does, she started the day by reading Surat Al Khaf. She reads the Surah every Friday, but she said that this time, it hit her the most. It was as if Allah was directly speaking to her. He said:

“Wealth and children are [but] adornment of the worldly life. But the enduring good deeds are better to your Lord for reward and better for [one’s] hope”

The verse hit her so hard that she started crying…

All the people she was with the previous day were only praising and glorifying those who have wealth and children.

Allah reminded her that this is nothing but a temporary adornment that won’t really benefit their owners if they weren’t directed for the sake of Allah, and that what is better and more everlasting is one’s good deeds and dhikr of Allah.

The reality is, wealth and children in-and of- themselves are not a sign of success. Rather they are a test. Allah is The One who gave them to certain people in the first place as a test.

Allah is saying that so long as you are doing good deeds and you’re in dhikr of Allah, then most definitely you’re in success and you are gaining unaccountable rewards. This is what one should count on and put the ultimate hopes in.

But the outcome of wealth and children is not guaranteed. They may or may not be successful in the sight of Allah and you may or may not handle them well.

This is not to say that wealth and children are bad things.

If one made sure that the wealth is spent for the sake of Allah and is not earned or spent in anything that displeases Him, then this is success. Also if one made sure that the children are good Muslims who are carrying the torch of this deen wherever they go, conscious of Allah, attached to His Book, followers of His Prophet and dedicated with hearts and actions to this path, then this is success.

But eventually, this is not guaranteed as you don’t know what might happen or how the children might turn out or whether the excessive wealth becomes more superior than the love of Allah in one’s heart.

So Allah is teaching us that something as simple yet sincere and heartfelt like the dhikr of Allah is a better investment that one should put hope in.

Scholars of tafseer mentioned that the ‘Baqeyaat as Salihat’ (enduring good deeds) mentioned in this verse are this:

The Prophet (peace be upon him) said “This dhikr is dearer to me than all that the sun rises upon (i.e. the whole world)” [Muslim]

So saying this and believing in it fully will bring nothing but reward and this is why you should focus and put your ultimate hope in it.

This is a reality check that reminds us of the true nature of this world and of what is better and more everlasting.

That sister that we mentioned before says that she reads Surat Al Khaf every Friday, but it was that Friday that touched her the most because she needed the comfort and the reminder from The Ultimate Judge in Whose Hands are all the affairs of people in this life and the next.

One of the last verses in Surat Al Kahf says:

The sea is a renewable source. It doesn’t get exhausted. And every time you go to the sea, you get a new experience that pleases you in a new way.

Similarly with the words of Allah, the wisdom never gets exhausted. And every time you read, it’s like a new experience that pleases and comforts you in a new way…. that’s because the Qur’an reflects our hearts and our conditions, and so long as we are growing, the Qur’an is growing with us.

Have you read Surat Al Kahf yet? 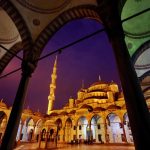 Today’s Beautiful Hadith is about Praying