In the name of Allah, the most merciful, the most kind.

As Muslims, the best role model we have is of course, the Prophet Muhammad ﷺ (peace be upon him). About him, Allah subhanahu wa ta`ala (exalted is He) says:

And indeed, you are of a great moral character.

And as Aisha radi allahu `anha (may God be pleased with her) described the Prophet’s character and mannerisms as a walking Qur’an, we will look at one of the ways in which the Prophet Muhammad embodied Qur’anic values.

In the Qur’an, Allah (swt) orders the Prophet ﷺ to:

Allah (swt) commands the Prophet ﷺ to consult his companions despite revelation coming to him. The question is why does he do this? Imam al-Razi gives several explanations in his Tafsīr al-Kabīr.

Firstly, the Prophet ﷺ consulting the companions makes them feel important and respected. This in turn, reciprocates good feelings towards him, and ensures a healthy and respectful relationship, which would ultimately benefit the Companions. Note how this is intended to benefit those who are consulted more than the one consulting. This is a good reminder for those in authority to always keep those who are in their charge involved. This is more so when it comes to the domestic realm, where husbands sometimes may not feel it necessary to consult their wives. As we know the Prophet ﷺ consulted Khadija (ra) when he received the first revelation.

More telling is the incident of Hudaibia, when the Muslims had set out from Medina towards Mecca intending `Umrah. The polytheists of Mecca had blocked them and agreed to allow them to perform the `Umrah the following year. Now the Muslims had already assumed the ihram (a ritual state which prohibits certain things usually permissible). To come out of this state, the Muslims had to slaughter their animals, and trim or shave their head. The Prophet commanded the Muslims three times to do this, but because they were overcome with grief, none of them were obeying this command at first. The Prophet was worried, and came back to his tent, where his wife, Umm Salama, was. She advised him by suggesting he simply go outside, slaughter his offering, and shave his head. No sooner had the Prophet ﷺ done this in full view of the Companions, then they too followed and thus all had come out of ihram. The Prophet ﷺ consulted his wife in such grave matters, and did not see it below himself to do so.

Secondly, even though the Prophet ﷺ had an intelligence and qualities far above any other creation,  Imam Razi says it is not impossible, due to the vast nature of human knowledge, for him to over look something which someone else may not. Moreover, others may offer different perspectives. Thus we see the Prophet ﷺ consulted the Companions when making very important decisions. For example, the location of the battle of Uhud was decided based on the opinion of the Companions, as the Prophet ﷺ wanted to fight the battle from within Medina. In fact, Imam Razi mentions that the order to consult the Companions came after the Battle of Uhud, because the Companions may have felt the Prophet ﷺ was upset with them, as he followed their advice, and went out of Medina for the battle, which ultimately lead to the Muslims’ defeat. This was also the case in the battle of Badr, when, based on the advice of Hubab ibn al-Mundhir, the Prophet ﷺ changed his initial location for battle.  If such is the case with the Prophet ﷺ, what of an average Muslim, living fourteen hundred years after?

Thirdly, Imam Hasan al-Basri and Sufyan ibn ‘Uyayna are of the opinion that such an order was given to the Prophet ﷺ so that consulting each other will become an established sunnah(tradition) of the this Umma (community). This consultation, even in domestic affairs, is something we can do religiously, intending reward from Allah (swt), by adhering to this sunnah. This is significant as we often do not see such actions, e.g. consultation and holding a family meeting, as something ‘religious’ or something that is encouraged by our faith.

Fourthly, by consulting the companions, the Prophet ﷺ was able to gauge the understanding and intelligence of the Companions. Of course, this benefit is clear when a man consults his family. He will be able to keep his children involved, as well as be on the same ‘wavelength’ as them, ultimately leading to better communication and a more open and honest relationship.

Fifthly, by consulting the Companions, they would have ownership in what happens. This means that they would exert their utmost as they will be responsible for the outcome. This is an effective way to share responsibility with children, and give them an opportunity to mature organically under the guidance of their parents. Thus they won’t be cut off, simply receiving do’s and don’ts, but actually taking part in deciding what these rules are.

Lastly, after the verse encourages the Muslims to consult, it also reminds them that they should ultimately be dependent on Allah (swt):

‘And when you have decided, then rely upon Allah. Indeed, Allah loves those who rely [upon Him].’ (Quran 3:159)

May Allah makes us of those whom He describes as “their affairs are mutually decided between them” and peace and blessings be upon our master and final messenger. 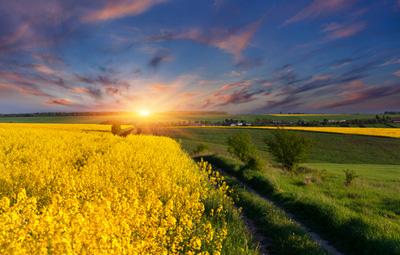 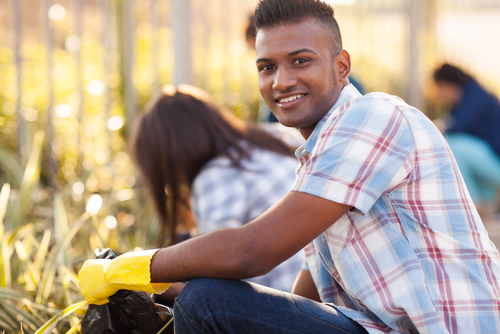