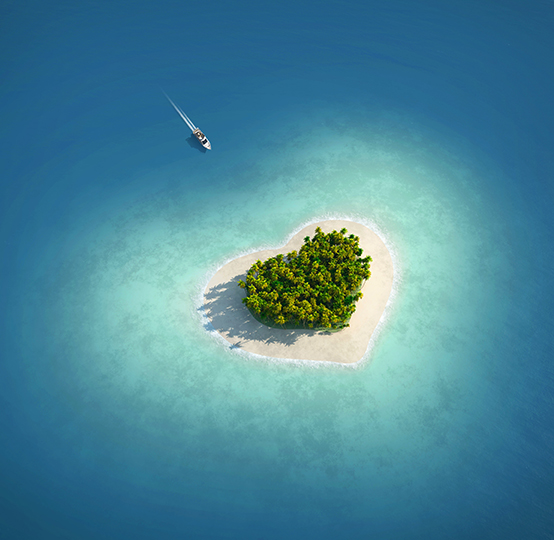 On Arrogance & the Student of Sacred Knowledge

Purifying one’s heart is a critically important matter for all believers, as the Qur’an and teachings of our Prophet ﷺ (peace be upon him) emphasize, but for one traveling the path of sacred knowledge it is an even more crucial endeavor.  This is because the state of one’s heart has a very real effect on how one perceives knowledge and how it manifests in one’s deeds.  When one’s heart is sound, knowledge can be absorbed and understood properly and enlighten and illuminate one’s inner state.  It then has a positive and meaningful effect on one’s intellect and limbs, such that it can bring benefit to oneself and others.  This is perhaps one of the reasons why everything on earth—even the ants in their hills and the fish in the sea—prays for the religious scholar, as a prophetic tradition teaches1 .  The benefit of their knowledge has far-reaching effects and touches them all.

On the other hand, when one’s heart is not sound and is plagued by spiritual ailments, the knowledge one attains can actually bring about serious harm.  It can become an obstacle that blocks and impedes one’s path to Allah subhanahu wa ta`ala (exalted is He) in various ways, and can hurt others if that knowledge is misinterpreted, misapplied or misused.  These abuses of knowledge are often done on an unconscious level, the spiritual causes of which—related to the heart—are often overlooked.

The spiritual heart has been likened to a mirror.  If a mirror has not been polished and contains certain blemishes and distortions, it will reflect objects in a faulty and distorted way.  The reflection will be in accordance to the state of the mirror, and not the reality of the object itself.  In the same way, spiritual ailments and contaminants that plague and darken the heart, disconnecting it from Allah (swt) and occupying it with negative characteristics, can mar and distort one’s perceptions of knowledge and one’s ability to distinguish between truth and falsehood, good and bad, and beauty and ugliness.

It is for this reason that one must couple one’s devotion to the Islamic sciences with a deep commitment to the spiritual purification and nourishment of one’s heart.  Imam Nawawi advised, “Purify your hearts (for knowledge) the way land is purified for cultivation.”  And the great scholar and tabi`i (follower) Uways al-Qarni said succinctly, “Keep watch over your heart.” (“Alayka bi qalbik.”)

One of the most common spiritual ailments of the student of sacred knowledge is arrogance and blameworthy pride.  Such pride does not necessarily consist of dressing or acting in a dignified manner, but as a tradition of the Prophet ﷺ   teaches, it is “to reject the truth and to have contempt for people.”2

One may wonder how a student of sacred knowledge—who has dedicated him or herself to understanding and learning the truth—could reject or disdain that truth.  Such a distaste or dislike may come to one’s heart when the truth contradicts one’s own understanding or one’s deeds.  It is at the moment when we are confronted with our own errors, failings or missteps that we may feel a hostility or resentment towards truth.  We may dislike being corrected, or turn a blind eye to the soundness of another opinion in order to defend our own position or that of the group to which we ascribe.  Confident in our own understanding, beliefs or actions, we may work to manipulate or alter the truth to suit our own interests and desires, instead of seeking to submit to and accept it.

If one feels anger or resentment when one is corrected or shown the truth of another opinion, this is a sign of blameworthy pride.  If one feels an inner resistance to accepting the truth at the expense of one’s own ego, reputation, or image, this is a sure sign of misplaced priorities and a prideful heart.  One should remind oneself of the serious danger of pride—an atom’s weight of which will bar one from Paradise, as we learn from a prophetic tradition3 —and about which Allah (swt) says in a sobering warning in the Qur’an, “I will turn away from My signs those who are arrogant upon the earth without right.” (7:146)

If one is unable to accept criticism or advice from others, or is overly sensitive to the way one is given advice, this too is a sign of pride that needs to be remedied.  One’s focus should be on one’s own self and not on the one correcting and advising.  One should actually feel relief and happiness when shown one’s mistakes and given the opportunity to rectify them.  Imam Al-Ghazali likened a companion who points out one’s mistakes to kibreet al-ahmar, a very rare natural material, while the noble companion `Umar said, “May Allah have mercy on the one who gives me the gift of showing me my defects and weaknesses!”

The second element of arrogance the Prophet ﷺ mentioned is having contempt for others.  A student dedicated to the study of the sacred sciences and who is often immersed in high-level discourse and ideas may begin to feel a sense of superiority over others, and consider them and their concerns lowly, unimportant or irrelevant.  One may also feel a sense of self-righteousness when considering others who are sinful or evidently heedless of religious practice.  The fact that one may be shown a level of respect and deference due to one’s knowledge may also feed into this feeling of being better than others.

One of the biggest pitfalls arrogance causes a student of knowledge to fall into is a feeling of entitlement.  One may begin to see their knowledge or accumulation of good deeds as a result of their own abilities, and as a guarantee to Paradise, an immediate access to gnosis of Allah Most High, or a legitimate license for contempt and disdain of others.  This folly is what a person of wisdom alluded to in their statement that sometimes “the thickest veils between man and Allah are the wise man’s wisdom, the worshiper’s worship, and the devotion of the devout.”4

The great 18th century scholar Uthman dan Fodio stated that self-recognition is one of the most important keys to curing arrogance.  One should contemplate on the fact that one came into being from non-existence—a state of complete insignificance, ‘a thing unremembered’—and was then created from something base and lowly (earth) and then a thing unclean (a drop of sperm).  This is our origin, until Allah (swt) granted us faculties and senses, and brought us from a state of death to life, incapacity to capacity, and from ignorance into awareness and knowledge.  Allah (swt) says in the Qur’an,

“And Allah has extracted you from the wombs of your mothers not knowing a thing, and He made for you hearing and vision and intellect, that perhaps you would be grateful.” (16:78)

One must remember that any good deed one has been able to perform, any knowledge one has been able to attain, is from the grace and tawfeeq (facilitation) of Allah (swt) alone and not from our own selves.  Deep consideration of our humble origins and the reality of the Source of our knowledge can help us overcome our arrogance.

In this spirit of self-realization, one should also call to mind one’s sins and realize that one holds an honorable position among people only because Allah (swt), from His compassion, has concealed one’s sins and misdeeds.  Being able to deliver a heart-moving lecture, masterfully quote prophetic narrations or recite Qur’an in a beautiful voice may inspire the admiration of people, but it is Allah (swt) who knows whether one’s own heart has actually been moved, whether one abides by those narrations in solitude and if those sacred words have gone ‘past the throat’ and have had a meaningful effect on one’s limbs.  There is no place for arrogance or pretences when one considers their true state before Allah (swt), and contemplates deeply on the bare and exposed state one will find themselves in on the Day of Judgment.

One must further realize that it is not knowledge in and of itself that grants a person a high rank with Allah (swt), but deeds that are pleasing to Him both in their outward form and their inner reality.  Namely, it is the sincerity and mindfulness with which an act is done that can make ‘a small deed great and a great deed small.’  We should therefore be wary of underestimating the deeds of others and exaggerating our own self-worth.  In addition, we do not know people’s ends, and it may very well be that one who is now a sinner will develop a deep sense of remorse and impoverishment before Allah (swt), and die in a state of sincere repentance, while one seemingly headed for Paradise will misstep and end up far distant from Him.

Hassan al-Basri used to say, “I will not leave a room until I feel I’m the worst person in it.”   We too should make this our attitude and mindset when we deal with others, and remember often our true state.

Finally, an important way of counterbalancing pride in one’s heart is to lower oneself to the very people one feels arrogance over, and to seek out tasks which help break one’s ego and increase one in humbleness and humility.

Some examples of such deeds could be:

The great scholar and jurist Imam Shafi’i said, “None of you will seek this knowledge with a domineering attitude and exaggerated self worth and succeed. However, one who seeks this knowledge, struggles with his/her soul, [enduring] strained provision and [struggles in the] service to the scholars is successful.”5

We ask Allah (swt), the Controller of hearts, to help us be in His constant remembrance and to uproot arrogance, pride, and other spiritual ailments from our hearts.  O Allah, do not let us be of those who are turned away from Your signs due to our arrogance.  O Allah, make any increase in knowledge we attain a means for us to draw closer to You and refine our character and our hearts.  O Allah, let us be of those who come to You on the Day of Judgment—the Day when neither wealth nor children will avail us—with sound, pure and enlivened hearts.  Ameen.

Proudly brought to you by Virtual Mosque, more Virtual Mosque can be found at https://www.virtualmosque.com/personaldvlpt/seeking-knowledge/watch-over-your-heart/ 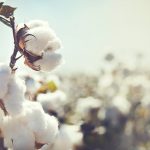 Are Amulets (ta’awīdh) Permitted in Islam?

I am heartbroken about my partner’s troubled...