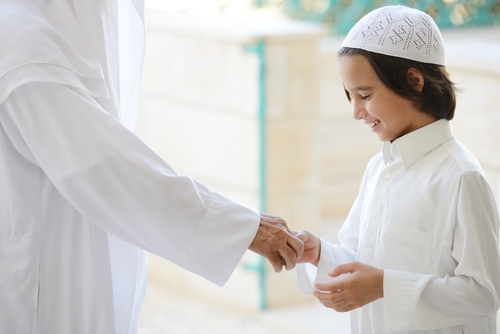 To some, happiness is parallel to success and achievement. The satisfaction you feel when completing a difficult task, or when you accomplish a goal you had been striving to attain for a long time. Others will equate happiness with love, emotions of care and affection. Yet others believe happiness is escaping a difficult situation. These are all occasions of joy, as they should be. However, there is another type of happiness that all of us yearn for: the happiness that comes with finality, an ultimate satisfaction.

All of the types of happiness and the search that precedes them are in fact the hunt for something deeper; when we say we wish to be happy, what we mean is that we wish to be content. Content with who we are, what we look like, with our ways of speaking, our friends and our reputation.

Often, in trying to attain these things, we run after things that soon lose their value or perform acts we later regret. When our goals and desires clash with whatever life has in store for us we get depressed, feeling like the happiness we yearn for is just an illusion, like everything we do ends up going wrong anyway. When everything looks like it is just going to be messed up and the current will always be against us, giving up looks like the easiest way out. When everyone’s expectations seem like too much, we often decide to let all of it go. It’s the reason people turn to drugs—to numb the pain they have suffered, whether self-inflicted or inflicted by others. More than marijuana or cocaine, self-pity is the most addicting of narcotics. Self-pity arises when we believe that our problems exist because we have some innate problem, that we are not good enough, or that there is something wrong with who we are. That nature and nurture together just made us messed up people. It is easy to believe that you were just destined to be a failure. It is definitely easier than taking responsibility and hundreds of times easier than being an instrument of change.

But the truth is that God does not create failures. The same hand that created you created the masterful system of the universe that is ever bound in scientific law, where nothing is random, where everything has a purpose. Maybe you are angry with Allah subhanahu wa ta`ala (exalted is He) because you believe that He made life hard for you and that He caused you to suffer so much. A lot of the time the painful things that occur are not immediately due to our own mistakes (or so we believe), so the first person we blame is Him.

Everyone has events happen in their life that hurt. Deaths, abuse, poverty, depression, to name but a few. And it is hard. It’s so hard to have hope sometimes, and we find ourselves fighting to stay positive. Sometimes, maybe most of the time, we feel abandoned, alone, and neglected. We feel like nobody cares or ever will. It exhausts us to be so angry and hateful, but the pain does not end, always threatening to drag us under. That black hole will always exist unless we find a way to drag ourselves out. But we can never do it alone.

I don’t know how you see predestination, but to me, it means that certain events have specifically been targeted to time periods in our life, whether difficult or joyful. All these events have been specially packaged for us for three reasons, all of which are intended for our benefit.

Firstly, they are manifestations of the truth that life is a test. In a test you must face problems and obstacles that you must overcome, and the bigger the reward the harder the test. The test separates the strong from the weak, and allows you to show what you are made of. Through the way we react to the tests He sends our way, Allah (swt) sorts us into successes and failures (like a Teacher, silently). Remember, Allah was the One who made the obstacle; but it is your choice whether you sit and cry and feel sorry for yourself, or stand up and take benefit from the situation. As the most Merciful, Allah (swt) has written your test because He knows you have the ability to pass it. Will you utilize your abilities or let them go to waste inside of you? Would you let down both God and yourself?

Secondly, bad things happen to us to save us from worse things. For example, a man wants to go visit his mother on Eid day, and she lives very far away. So he books a plane ticket and puts his ticket in his pants pocket, then goes to bed. The next morning he wakes up, puts on his pants and drives to the airport. When he arrives, extremely excited, he is told to take out his ticket. He reaches into his pocket and suddenly realizes his pocket is empty. It turns out that he wore the wrong pair of pants. If he goes back home now, he will miss his flight.

Now he could sit down and either start blaming himself or blaming God for his misfortune. He goes home thinking that God is unfair. He wanted to go help his mom; was that not a good deed? The next morning, he finds that the plane he would have been on crashed halfway to its destination.

Often it is not so obvious, but the principle is the same. Just because we fail to realize something does not mean that it is not the case. Allah (swt) sees everything with a bird’s eye view, while we only see the things that are directly in front of us. Try thinking back on things that happen to you and make a habit of being hopeful. Being positive does not change what is happening, but it makes you a stronger and happier person. Do not forget to be patient, too, because often things only reveal themselves at the end of the story.

The third reason bad things happen is sort of an extension of the first, but also my favorite, and the one that gives me most hope. Allah (swt) puts us in hard situations so that we turn back to Him; we are wandering around earth, trying to plunge ourselves headfirst into hellfire by our actions and open disobedience, and He takes pity on us. How is that pity manifested, you might ask?

It is human instinct to turn to a higher power when we are in distress, hence the saying, “There are no atheists in a foxhole.” We ignore God in our everyday lives, stubbornly believing everything we have is a result of our own intelligence. But then we blame all misfortunes on Allah (swt), which is quite unfair. The most tranquil way of life lies in the obedience of Allah (swt), and that is not a statement based on blind faith. The manufacturer of a product best knows how it should operate. We humans—ingenious creations with a system unparalleled by any technology just under the flesh of our skin—also have a manufacturer, who sent us an instructor, Rasul Allah [the Messenger of God] ﷺ (peace be upon him) with an instruction manual, the Noble Qur’an. The Qur’an is not just an instruction manual but letters from Allah to us with the solution to every problem, the cure for every disease, the light for every darkness. It is through hardship that Allah calls us back to what will benefit us the most.

True happiness comes from light—spiritual light that permeates our souls and lights the way through a forest of uncertainty and self-doubt. Perhaps a scripture might comment on the sudden shift from scientific method to abstract concept, and to that person who has paid such close attention, I ask: is happiness a scientific or psychological phenomenon? If you see happiness as nothing but the release of hormones into the bloodstream, see humans as machines playing a part in a gruesome play for no purpose, then it will be true that happiness is unattainable. But those who are willing to reach for hope and not just give up due to prejudice or laziness will find it with Allah, without a single shred of doubt. 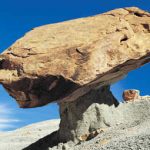 Turning Towards God in the Worst Moments of Our Lives 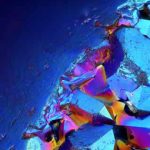 Today’s Beautiful Hadith is about the Prophet (SAW)

SubhanAllah. Very beautiful and very inspiring. Allah blessing for us all. 🌹 🍀