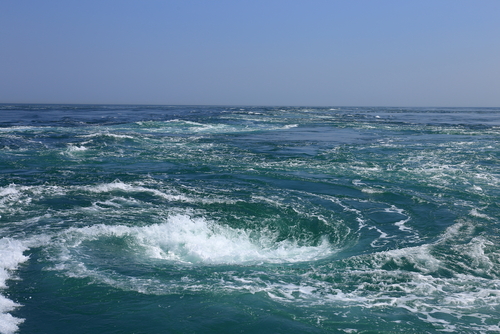 1. A lot of things are running through our heads right now.

“And We will surely test you with something of fear and hunger and a loss of wealth and lives and fruits, but give good tidings to the patient”  (Qur’an, 2:155).

New converts to Islam have just made the biggest decision of their lives, and changed their religion to one that they are unfamiliar with in many ways. There are a lot of stimuli around us that we are not used to, being in the mosque, hanging out with Muslims, hearing foreign languages other than Spanish, etc. Often, new Muslims might look uncomfortable because they are not used to their surroundings. A big change has just occurred in the convert’s life, and each person will respond differently to these situations.

While we are learning the basics of Islam, either before or after our shahada (testimony of faith), we are constantly coming across new things that we’ve never heard of before. It takes a long time to be able to have a consistent foundation that’s strong enough to feel any amount of comfort in the religion. This process is similar to moving to a foreign country, not knowing the language, customs, or environment that surrounds us. We often have no idea about the origin of certain customs and whether they are from Islam or a person’s culture, and it takes time to be able to discern between the two.

2. Our family life is uncertain.

A man asked the Prophet SAW: ‘What is the right of parents on their offspring?’ The Prophet SAW replied: “They are your Paradise and your Hell.” (Sunan Ibn Majah)

People who are born into Islam have the benefit of having a foundation with their parents and family. The Qur’an is on their bookshelf, Arabic words are mixed into conversation without needing definition, and there is an environment of tradition that provides a reference point for looking at the world. A convert is experiencing the total opposite. He or she doesn’t have any sort of religious connection with their family anymore, and there is sometimes backlash from parents and extended family about the decision to become a Muslim.

Even if there’s no significant backlash, there are no blood relatives to talk to about Islam, no one to clarify things, and no family support to be offered in the entire process. All of these things can cause an immense amount of stress and disillusionment. It’s common for converts to have moments of breakdown where they feel like nobody is on their side. For those who are lucky enough to have a close friend or mentor to help them in situations like this, it’s still not the same as having family help. Converts need an exceptionally good amount of emotional support from individuals in their community to feel empowered as Muslims. This doesn’t require a full-time therapist, but just people to make them feel at home.

3. Our friends are leaving us.

“A man follows the religion of his close friend, so each of you should be very careful about whom he takes as a close friend.” — Prophet Muhammad SAW (Abu Dawud, Tirmidhi)

Friends are known for being brutally honest. When a convert tells his friends that he or she just became Muslim, they are going to receive a wide range of reactions. Even if their friends are supportive, they will still be really puzzled and they will ask a million questions that most born Muslims would have trouble answering. And while most converts don’t get a Ph.D. in Islamic Studies before becoming Muslim, they’re going to sometimes feel pushed into a corner when tested by their friends.

Their friends might stick around for a while, but chances are their habits are not always what a new Muslim wants to be around. After you deny a few invitations to go to parties, they might stop calling all together. Friends who seem to have abandoned you can cause a lot of depression and loneliness, and it will always take a while to replace a decent group of friends with a good group of Muslim friends.

4. We don’t know how to spend our free time.

“Whenever a Muslim is afflicted with a hardship, sickness, sadness, worry, harm, or depression –even a thorn’s prick, Allah expiates his sins because of it.”  — Prophet Muhammad SAW (Bukhari, Muslim)

After the distance is created with friends and family, it’s hard to fill free time or stay busy enough to not start feeling down sometimes. Converts will notice a gap in their schedules that was previously filled with something else like hanging out with friends, going to concerts, or partying. This is especially hard to cope with in a smaller city where there isn’t much else to do and not enough Muslims to spend time with.

In this situation, there might be a desire to go back to old habits to feel “normal” again, or there will be an urge to stay alone and away from other people. While Islam doesn’t allow monasticism or hedonism, this causes a problem for converts to Islam when it’s a minority religion in the society. Eventually the situation will get easier and there won’t be any problem in staying busy, but initially it can be very hard to stay positive.

5. We don’t know what to learn and who to learn from.

Converts usually experience some trouble in the beginning with differences in fiqh (jurisprudence). Their background is usually from a religion with a narrower view of right or wrong. Often converts will think: “So do I raise my hands after bowing or not? Which one is right and which one is wrong?” The fact is there are many correct opinions regarding such issues in Islam. Converts will often find themselves in the dilemma of whether to take the easier opinion or the stronger one.

At the very best, this will cause only a small amount of confusion at first. Remember that converts don’t have a family to help form their opinions about these things, and they are getting information from all sides. A common decision converts will make is choosing between zabiha (ritually slaughtered) and non-zabiha meat. In reality it’s a fact that there is a difference of opinion among scholars regarding the meat of Ahl-al-Kitab (People of the Book, i.e. Jews and Christians), but converts can feel pressured to take one opinion over the other based on someone’s limited knowledge of the issue.

6. We don’t know when we’ll make another mistake.

“And whoever is patient and forgives – indeed that is of the matters [requiring] determination.” —The Holy Qur’an 42:43

Because they feel like they’re in a foreign country while in the mosque, a convert won’t know when someone will point out something they’re doing wrong. Often people come up to converts with a self-righteous attitude and give them harsh advice based on their own limited understanding. The convert is already dealing with differing opinions coming from every angle, and it’s very discouraging to have someone correct you in a harsh way. The ideal way to correct a convert is the way of the Rasulullah SAW, with kindness and understanding. Remember all the sahaba (companions of the Prophet SAW) were converts and were constantly receiving guidance directly from the Messenger SAW. The sahaba didn’t feel chastised or discouraged when they were corrected, but uplifted. This is something that needs to be taken into deep consideration when advising a convert, who may be more sensitive to these things than a born-Muslim (who often needs just as much advice).

7. We don’t know what you actually think of us.

“Not one of you can believe if you do not want for your brother what you want for yourself.” — Prophet Muhammad SAW (Bukhari)

A lot of converts will get a lot of praise and helpful words from fellow Muslims, but there is sometimes an animosity towards converts that should be something alien to our ummah (Muslim community)—it resembles a pre-Islamic attitude of racism. As a convert, there is often a feeling of inferiority because “I’m not Arab” or “I’m not desi” that can sometimes lead the convert to acting like they are from a culture they are not, and that has nothing to do with Islam. This is something that needs to be resisted by converts who might have the urge to wear Pakistani clothes to “fit-in” around Muslims because they feel so different.

Let converts retain their culture in ways that don’t contradict Islam. They need to feel empowered and uplifted as Muslims and not reduced to the lowest common denominator. Converts have a lot they can bring to the table, and to take that ability away from them is a crime. Salman al-Farsi, a Persian companion of the Prophet SAW, was the one to recommend the battle strategy in the Battle of the Trench against the Quraysh. Salman’s Arab brothers in Islam took his opinion and used it to win the battle. If Salman had had an inferiority complex because of his Persian heritage, he might not have offered his opinion. Remember to make your convert brothers and sisters feel like they are a valued part of our community that links us to the culture around us.

In the worst-case scenario, converts might feel so discouraged that they second-guess their decision to convert.  With all the different problems that arise after conversion, there is a sense of desperation that can lead to apostasy. While some of it is unavoidable, there is much that our communities can do to help our converts feel welcomed and strong as Muslims. Most of it requires simple attitude changes like getting rid of the “back-home” mentality and having outrageous ideals that don’t reflect reality.

Research by Dr. Ilyas Ba-Yunus notes that 75% of American converts leave the religion after a few years. This is a tragedy that reflects the inability of American-Muslim communities to take care of their converts. With these statistics we should be asking ourselves: what can we do as individuals and as communities to help our convert brothers and sisters find comfort in Islam? This is a compassionate call to action for the born-Muslims to do what they can to understand, assist, and advise those who enter into Islam. Instead of alienation, we need to embrace with open arms.

Prophetic Narrations You Probably Have Never Heard: A Short Compilation – Part I