I was born in a small city in Romania, a country in the South East of Europe. Romania is 97% Christian Orthodox but very much non-practicing. Religion has turned into tradition, folk, and culture. Religion is seen as something that everyone has, but that is not necessary to be shown to others. You have to keep it for yourself, or talk about it casually.

Ever since I was young, I was fascinated by religion. I loved to pray and go to church. I had my mom’s aunt who would always take me and teach me about Christianity. She was the closest thing I had to a grandmother. I called her “Mamaitza”. My parents were never too excited about me becoming too religious but didn’t prohibit me from listening to Mamaitza’s stories or going with her.

When I was 16 years old, I moved to the United States for my last year of high school and then college. I am 23 now and I am still in the US working and finishing my Master’s. I did not know a thing about Islam when I first got here. I didn’t even know it was a faith, but looked at it as a political regime. Throughout my college years I learned the very basics of Islam, or at least the very Western basics, those of not eating pork, covering, and maybe something about praying in a different way. After graduation, I met a Muslim man who treated me like no other before, respected me and challenged my beliefs. He later became one of my best friends and a person I would forever be grateful to. He took my knowledge about Islam to another level, posed me with questions about my religion without expecting an answer, and showed me the logic and truth in the Quran. But my curiosity went above the levels of knowledge he had, and I found myself intrigued, thirsty to know more. It was the summer of 2011 when I felt something was happening to me but I’d like to back up a bit before I delve into that part of story further.

I’ve always thought that Allah SWT slowly prepared me for that summer, for accepting and converting to Islam ever since I was young. I was interested in religion, even though I didn’t practice it a lot. I did go to church occasionally and loved praying. Coming to the US prevented me from praying to pictures of saints, and rather allowed me to pray to the One and Only God. Later, I gave up drinking, even socially because I was starting to get seriously depressed and had a beginning of an ulcer. I also quit clubbing, and started going to church again, an experience that helped me realize the superficiality of my former religion. So after reaching that last step, Allah SWT showed me Islam.

During the summer of 2011, I became obsessed with Islam. I started researching on my own but my very little understanding at the time limited me. So I decided to contact a couple with whom I had been friends for years, and in which the man had converted to Islam and had become very knowledgeable about it. He taught me where to look for information, what to listen to and helped relieve some of the stress that I was going through. I felt like I was betraying who I was and that I was going against my parents.

In spite of all the doubts and embarrassment I was experiencing, I could not stop looking into Islam. There were things that made so much sense but there were just as many things I had no knowledge about or I did not understand well enough. I just could not drop it. So what kept me going?

I trust Allah SWT and I know that I don’t have all the answers and I made duaa saying that I know there are things that I might not understand, and I still believe in Him no matter if I have all the answers or not, but if it is in His will to show me this answer, So I moved on. I cried myself to bed and asked for help. I asked Allah what I was doing wrong and I asked that He give me what I needed. It was that duaa that granted me Islam and it was that duaa that pushed me to search and search and search some more until I found my answers.

My research into Islam continued for about 6 months until I was convinced about it being the ultimate truth. But I was nervous about converting and doing everything right. I was nervous about praying and making mistakes. I was nervous about the little details I still didn’t know. However, at the end of January 2012 I took my shahada, in the privacy of my own home and I finally prayed a real prayer. I HAVE NEVER FELT MORE PEACFUL IN MY LIFE AS I DID WHEN I CONVERTED. I had doubts but every time I would ask Allah SWT to show me the answer, He would (SubhanaAllah). There hasn’t been a day when I felt a bit lost and I would ask for an answer, for help, for peace, that I wouldn’t get it, that never happened! I have never felt lonely once ever since I converted, but on the contrary, no matter the stress, no matter what I was needing, no matter the hardship I would have, nothing felt like an unbearable burden because I always just seemed to get what I was needing (Alhamdulillah), whether it was an answer, a solution, an idea, anything. I would make duaa or Istikhara and I would get it. And even before I converted when I asked for the truth, I got Islam, and when I asked anything about Islam, I found my answer – there is nothing more magical than that.

There is nothing in the very essence of Islam that does not make sense. Yes, there are many things that we do not have enough knowledge to explain, out of the Quran or out of the Sunnah and Allah SWT explicitly tells us in the Quran that we do not have all the knowledge. But these are just the things that we can and can’t do, and not the very pillars, the very core of the religion.

Other reasons why I believe in Islam are the numerous hints in the Quran that show it is the truth, these are the reasons I have been giving most people in regards to my conversion because that was one of the strongest points for me, but many fail to see it: the story of Pharaoh – how Allah SWT tells us that He will preserve his body as a proof and Pharaoh’s body is now being preserved in a museum in France; the story of the ants – how Allah SWT tells us that Sulaiman AS heard a conversation between the ants, and in 2009 scientists discovered ants have a system of communication; the story of the iron – how Allah SWT mentions in the Quran that He brought down iron, and the first iron-like element on the Earth came from the meteor that hit the Earth back in the dinosaurs’ age; more on the Earth – how Allah SWT mentions the Earth splitting in the Quran, or the seas having two levels/currents (for lack of a better word) of hot and cold water. I also smirk at how people like to attack these hints because in the Quran there are so many stories of how every time the people would ask Allah SWT for a sign, and when a sign would come to them, they would keep denying it, they would say either that it is magic or that it is an illusion or that it is not really a sign. The Quran also tells us how people in the past have done the question after question after question “strategy” until they put themselves in a situation they did not like – that is the story of the cow. And I smile because I still see these patterns that the Quran warns us about. So to me, the Quran itself and all of its stories were a strong reason to convert.

Last but not least, my final reason to believe in Islam is Prophet Muhammad SAW himself. The righteous type of life he led, the type of person he was, his actions and stories and struggles and victories are not an ordinary thing, that anyone can do, his determination, his strength are not like those of normal people. His life and teachings MashAllah are so profound and such a clear statement of Islam being the right thing, that I myself could not deny it.

When you put reasoning together with all of the experiences of so many wonderful Muslim converts, it becomes really hard to deny the magic of such a beautiful religion. There hasn’t been anything in my life that I have been more convinced of than Islam. And I pray InshAllah that more and more people get to see and experience what I’ve seen and experienced.

Alhamdulillah and JazakAllah Khair for reading my story! 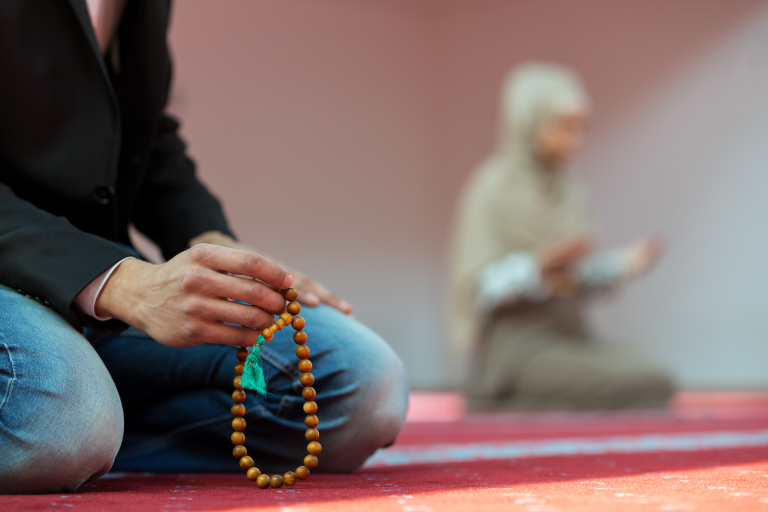 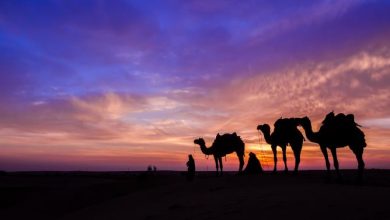