Can we get married without involving our parents?

I am interested in marrying someone in my school who is also a practicing Muslim. We are afraid of falling into sin if we do not get married as soon as possible. However he is currently unable to bring up marriage to his parents.

Is a marriage that does not involve our parents permissible under Islamic ruling?

As I do not know all the specifics of your situation, I can only provide some general guidelines that may assist you in deciding what course of action to take.

It is true that there are scholarly positions in our tradition that allow for two adults to get married without the permission of the woman’s guardian (wali). [Ibn `Abidin, Radd al-Muhtar] However, this does not mean that one is at liberty to go and marry who they wish without the knowledge of their guardian, who in the default case happens to be the father. In fact, despite the validity of such a marriage, it could be potentially sinful to take such a course of action without good reason as it entails disrespect of a parent, which is interdicted in the Qur’an.

Is Marriage Always the Solution?

Additionally, the solution to the problem you mention of falling into sin with someone of the opposite gender is not always marriage. Marriage entails rights and responsibilities. It is sinful for one to enter into a marriage if they are aware that they cannot fulfill the rights due to their spouse, which include the right to financial support, sexual intimacy, and so forth. [Ibn Nujaym, Bahr al-Ra’iq]

In many cases, it is best to simply maintain your distance from the individual you fear committing sin with and only reinitiate communication once both of you are ready for marriage. This may be easier said than done especially when two people are close and drawn to each other, but it is a pill that one must swallow to avoid sinful behaviour.

Further, you can try and speak to your parents with honesty, respect, and tact to get them to hear your proposal instead of assuming what their answer might be. Thus, for example, you can approach them by telling them you are seeking their advice and expressing your desire to be honest with them about the feelings you are experiencing, or if you’re siblings know your situation, they could perhaps assist as well in any discussion you have.

Again, as I do not know the specifics of your personal situation, I cannot give you a firm answer. However, I will say that marriage is a serious matter as it involves the coming together of two individuals in a spiritual, physical, and emotional partnership, which requires taking into account many considerations that differ from individual to individual and context to context. As such, I would not advise you to rush into anything but seek alternative solutions if possible as the consequences of rushing into a marriage may be extremely negative in the worldly and next-worldly context.

Wake for Fajr – after a long hard day of work 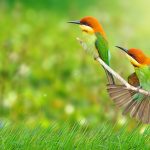 Muslim Beard for Men and Its Rulings