The world we live in today has brought many tests to the Muslims. Undoubtedly, it has also brought many blessings to us. One new reality—the fact that the knowledge of our religion has become readily available through mass media—can be either a test or a blessing depending upon the scholar you speak to. As a result, we find two extremes. Some who declare that everyone must follow one juristic school or preferred scholar to be the authority without exception. Others declare that they may follow whatever opinion they like and therefore spend much of their time searching for opinions which suit their desires. In this article we beseech the support and ultimate success only granted by Allah subhanahu wa ta`ala (exalted is He) to bring the proper attitude to the availability of knowledge and scholarship in the modern world. This must be done by balancing the two extremes. In order to be witnesses upon mankind, Allah has made us a balanced nation. (Qur’an, 2:143)

Some scholars and schools of thought teach that all laymen must follow a particular juristic school of thought without exception. They remind us of the verses in which Allah enjoined us all to ask someone of knowledge if we were confused or unaware. They also cite how the Prophet (peace be upon him) would designate some of his more knowledgeable companions to be specific references for others. Their points are all true reports, but still do not justify the claim that we should attach ourselves to one juristic school and never seek knowledge outside of it. This is like making that school of thought a legislator with the same authority as the Prophet (peace be upon him) — which is wrong.

The truth is that the science of Islamic law can be quite complicated and not everyone can deduce a sound understanding from just reading the Qur’an and hadith (report of the sayings and actions of the Prophet (peace be upon him). This requires you to seek a qualified jurist to clarify to you the ruling regarding matters you don’t know about or are unclear to you. That being said, there is nothing in Islam which says that we must follow only one juristic school of thought or only one scholar. Two of the previous scholars of al-Azhar, Shatloot and al-Sayis, wrote in their curriculum about comparative jurisprudence, “This opinion was developed by some juristic schools in the recent centuries when the spirit of difference had become dominant and juristic partiality reigned. So they made up rules that prevent laymen from taking an opinion outside of the school they grew up with. This caused the reality of juristic schools of thought to go from opinions which can be discussed and either accepted or denied by anyone to become obligatory religious truths that one who started with them must always adhere to and can never look into others. By these rules, those scholars prevented the masses from looking into the Qur’an and Sunnah for guidance! (Which all believers were commanded to do in the Qur’an.)” (Muqaranah al-Madhahib fil-Fiqh, 30)

Jad al-Haqq, one of the great scholars of al-Azhar in its prime, says in his book about the flexibility of Islamic Law: “The truth which is the opinion of the majority of scholars is that it is not an obligation to follow a certain juristic school with exception to others. Any follower (muqallid) may follow whichever school or juristic scholar he likes. This is because since the time of the companions people would follow different jurists from time to time and compare what one said with another on a given issue. This opinion was taken by al-Aamidee, Ibn al-Hajib, al-Kamel ibn al-Hamam, and al-Rafi’ee and many others from our great predecessors. This is because obliging someone to follow one juristic school over the other is like claiming for them a distinguished right to legislation whereas Islam is clear that the only obligation in obedience is to the Qur’an and authentic Sunnah. Ibn Ameer al-Hajj said in his commentary on al-Tahreer by al-Kamel al-Hamam, ‘In the foundations (usool) of Ibn Muflih and others from the Malikiyyah, Hanabilah and Shafi’iyyah, it is not an obligation upon anyone to follow a specific jurist or juristic school.’(Muroonah al-Fiqh al-Islami, 134-135) That opinion is confirmed by the many scholars based in different juristic schools who researched for the Encyclopedia of Fiqh of Kuwait (see vol. 13, p.163).

This brings us to the crux of this article. The Holy Qur’an is crystal clear in encouraging all of us to learn about our religion and to spend as much time as we can doing so. So if we find answers and clarification by reading through the Qur’an and Sunnah then that is a good thing. The problem is that there will be many texts that we don’t understand. There will also be many issues of which we aren’t aware. Finally, there will be many other issues which we simply can’t find an answer to at all. So this is why we must seek a sound understanding of Islamic law from a person who is qualified to give a legal ruling. We must go to someone who is a jurist (faqeeh/mujtahid) or has been trained in the Islamic sciences enough to give us the ruling from a qualified jurist.

The scholars have differed on the matter of taking rulings from different scholars. Some scholars allow Muslims to choose any scholarly opinion according to what is easier for them. They cite the major objective of Islamic Law in facilitation and Allah’s compassion for the believers. The well-known authentic hadith says, “When the Prophet ﷺ was faced with two options, he always chose the easier of the two as long as there is no sin in it.” (Bukhari) These scholars remind us that in the time of the companions and thereafter people would seek rulings from different scholars and there was never any blame on them for doing that. Shaikh al-Tayyib Salamah says, “There is no doubt about the fact those who have permitted the follower (muqallid) to choose opinions because he or she finds them easier upon them are not permitting it if it corrupts their religion. They are saying that as long as a qualified jurist has made a ruling then whosoever chooses to follow them is not blameworthy because facilitation is a well-known founding principle in Islamic Law.” (Al-Akhth bil-Rukhas wa Hukmuhuh, 533)

Some scholars who prohibited taking rulings from different schools of thought weren’t doing so because they believe that it isn’t permissible according to their understanding of the Qur’an and Sunnah.  They did so in order to block the means to sinful behavior. They hold that allowing Muslims to pick whichever opinion they want will lead them to picking opinions based upon their desires which they say is sinful. Thus Islamic Law would be serving their desires when the people were meant to serve Islamic law.

The majority of scholars have said that this application of blocking the means is invalid since it would be putting that juristic school on the level of Prophetic legislation when in reality it is just a human’s educated attempt to represent Islamic Law. The correct way to deal with it is teaching the people how to choose an opinion regardless of which juristic school or scholar it comes from. In this approach, the majority has said that it is permissible to follow any qualified jurist or juristic school, but according to a condition. The world-renowned scholar Yusuf Al-Qaradawi said, “Some scholars allowed following any opinion from a qualified jurist even if it is just to suit one’s desires and because they find it easiest without even looking into the proofs and thinking about which one makes sense and is rooted in the texts. I say that this is impermissible because the early generations of Muslims were narrated to have said, ’Whoever seeks the easy opinions amongst jurists has rebelled (fasaq).’ That is because that is simply following one’s desires and playing with our religion which is a mockery… In this case it is as if the believer wants the truth to follow him around whereas it is the believer that should be searching for the truth even if it goes against his desire.” (Fatawa al-Mu’asarah, vol .2, 128-129). Their strongest proof in prohibiting seeking opinions simply because they agree with their desires is in verse 59 of Surah an-Nisaa: “And if you disagree over anything, refer it to Allah and the Messenger.” (Qur’an, 4:59)

This verse supports the need to compare rulings according to that which seems closer to the Qur’an, Sunnah, and sound logic rather than the opinion that seems easier to you. The esteemed Wahbah Zuhaily said, “My opinion is that it is permissible to look for the facilitations in the juristic schools in the case of dire necessity or pressing need. This is as long as the intention behind it isn’t playing around with the religion to suit one’s desires.” (Al-Rukhas al-Fiqheyyah fi Dow’i al-Kitab wal-Sunnah, 80)

Now some might have the wrong idea of what the scholars mean in serving one’s desires. The following example was given by Shaikh Mustafa al-Taarizee: “Someone wants an illicit relationship. To escape fornication [adultery], he sleeps with her by secret marriage whereby there is no Guardian as in the school of Abu Hanifa and no witnesses as is narrated in the school of Malik…playing around with Islam in this manner makes a mockery of it and no spiritual person of reason would allow it.” (Al-Rukhas al-Fiqheyyah fi Dow’i al-Kitab wal-Sunnah, 81).

Now we must summarize the opinions of the scholars on this matter and set out the guidelines for taking easier opinions so that we don’t fall into sinful behavior.

God willing the next research will cover strange isolated opinions and the rules for dealing with them.

Proudly brought to you by Virtual Mosque, more Virtual Mosque can be found at https://www.virtualmosque.com/islam-studies/islamic-law/choosing-opinions-that-suit-your-desires/ 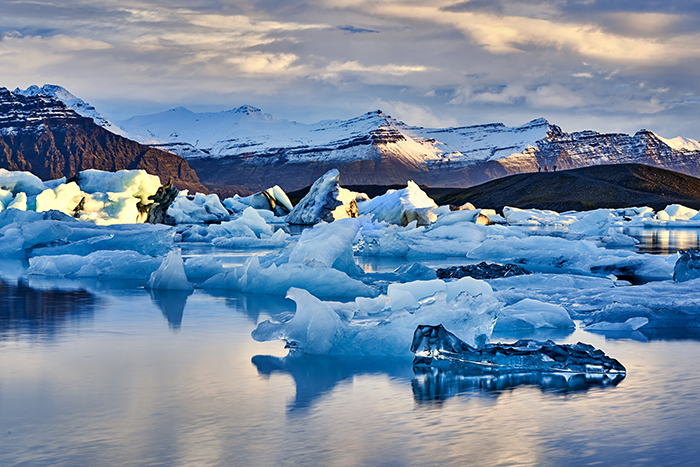 Defining Manhood: The Example of the Prophet (SAW) 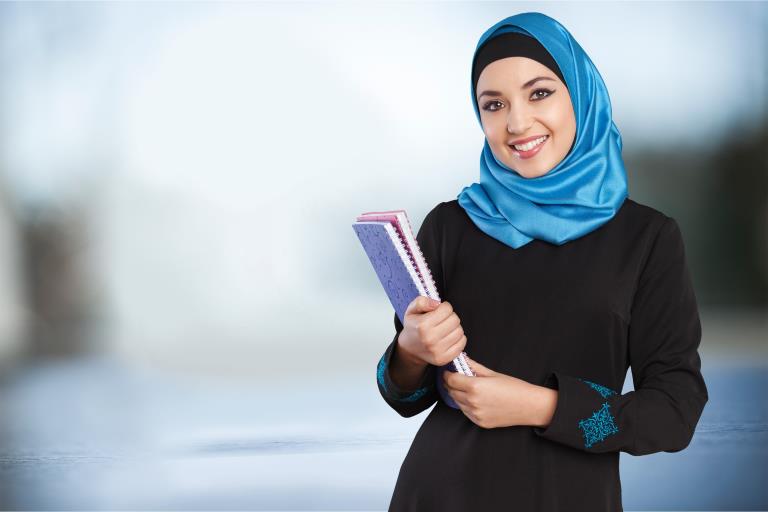 I Am Better Than Him

Too Busy for Qur’an? Check These 3 Tips To Get Rolling