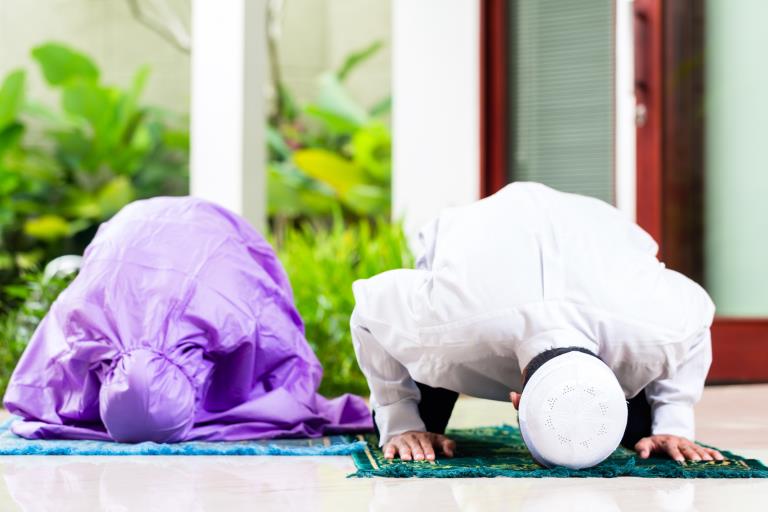 “Fasting and marriage: how is this relevant?” This is what would come to some people’s minds when they come across this noble hadith:

It was narrated that ‘Abdullah said:

“The Messenger of Allah said: ‘Whoever among you can afford to get married, let him do so, and whoever cannot afford it should fast, for it will be a restraint (Wija) for him.”‘ [Sunan an-Nasa’i]

If you’re not married, you might think: “I have a strong desire for something, and instead of getting it- instead of quenching my thirst-…I would fast! How would this solve my problem?”

I’ve recently witnessed something, however, that made me see the wisdom in this noble hadith and appreciate its beauty even more.

This happened while fasting the 6 days of Shawwal this year. I started fasting a bit later than my family members who’ve already completed their fasts.

So, there were days when I’m seeing them eat all those delicious meals; I’d also see the chocolate goodies that I love, the amazing cookies, and my favorite juices all around me while fasting.

Throughout the day, I would tell myself, “When I break my fast, I’m going to eat this and this and that… all of it!”

But something keeps happening…

Every time I break my fast, I’d eat a little bit of those things I’ve been craving all day, and then I’d get full so quickly and feel like I don’t even want to touch those things again! They weren’t really worth the hype.

I remember telling my father, “I’ve been thinking about this cookie all day, and now that I’m having it, it really isn’t worth breaking my fast!”

Then I remembered the hadith on fasting and marriage, and I realized that it was indeed very true and beautiful.

The thing is, fasting teaches you the reality of what you’re craving.

Sometimes, we have strong desires for something and we almost can’t stop thinking about it. But once we have it, it won’t be as exciting anymore and we might not even be that interested in it anymore.

Marriage for many unmarried brothers and sisters is a means to fulfill their desires and what they’ve been dreaming about for long. While this is definitely a huge part of marriage, but what we need to realize is that lusts and urges are really not long lasting. They end very quickly. They’re temporary, once they’re fulfilled, they might leave us feeling empty or disinterested… which intrigues us to think of what’s beyond that.

The reality is, marriage is not merely about fulfilling lusts; there are much deeper meanings in it. It is an experience that needs work and conscious, thoughtful, intellectual effort for it to be deeply fulfilling and meaningful.

SubhanAllah, this is why Allah Almighty says in the Qur’an about marriage:

“And of His signs is that He created for you from yourselves mates that you may find tranquility in them; and He placed between you affection and mercy. Indeed in that are signs for a people who give though.” (Qur’an 30: 21)

If it was about lust, it wouldn’t have been such a major sign because it’s temporary and once fulfilled, it might lose its value. But it’s about other deeper experiences. Tranquility, stability, affection, mercy… these are the things that create a deeper, more long-lasting bond.

How does fasting help with that?

There will be no tranquility and mercy in marriage if we didn’t practice patience and self-restraint.  We won’t be able to have partners who agree with us on absolutely everything and who do exactly what we want them to do. This leads many people to be angry and frustrated at their partners.

But among the things that fasting teaches us is to control anger and to be humble. It teaches us to discipline the ego that in fact ruins many marriages.

While fasting, something you want could be right there in front of you, but you learn how to discipline yourself and wait for the right moment to have it. Many people fight because of lashing out at each other and because of their inability to wisely choose the right time and place to resolve issues. Fasting teaches us those values.

It also teaches us to let go. It teaches us that we should refrain from doing something simply because Allah is watching; He has our highest regards. While fasting, the ONLY reason you restrain yourself from simply eating, drinking or getting what you want while no body is watching is because you know Allah is watching. In marriage this is very important, many times we’ll have to let go and refrain from doing something that might anger the other partner simply for the sake of Allah, because He is watching and He is above us all and our regard for Him make us more willing to forgive and forget and let go.

Fasting also teaches us that there is an end to waiting. Sometimes people tend to get depressed or feel that they’ll wait forever or that they won’t get what they want.Allah can easily bring us what we want, but while waiting He is actually giving us more reward than what we would have ever imagined…

“’Allah, the mighty and sublime, said: Every deed of the son of Adam is for him, except fasting; it is for me and I shall reward for it.” [Sunan an-Nasa’i]

The reward is so big in fact that it is not even something that angels would comprehend or be able to write down.

In addition to that, patience itself that you find yourself having to practice is one of the heaviest acts on the scale of good deeds.

Some people from the Ansar asked Allah’s Messenger [saw] (to give them something) and he gave to every one of them who asked him until all that he had was finished. When everything was finished and he had spent all that was in his hand, he said to them:

‘“(Know) that if I have any wealth, I will not withhold it from you (to keep for somebody else); And (know) that he who refrains from begging others (or doing prohibited deeds), Allah will make him contented and not in need of others; and he who remains patient, Allah will bestow patience upon him, and he who is satisfied with what he has, Allah will make him self-sufficient. And there is no blessing better and vast (you may be given) than patience.” [Sahih Al Bukhari]

We might be asking Allah for certain blessings, but what He is currently giving us is even better and vaster than what we’re asking for.

You never know how your marriage would turn out, but while fasting and practicing patience you know you are being rewarded without account…

There are many brothers and sisters who desire marriage so strongly, but are unable to actualize this at the moment. Just remember that fulfilling a pressing desire is not worth your anger, frustration, impatience or being displeased with Allah. The desire itself could last a very short period, but Allah is currently opening doors of unlimited reward for you… Eventually you’ll get what you want. But Allah is teaching you what brings you deeper, more meaningful happiness and endless, eternal rewards.

This is just food for thought… 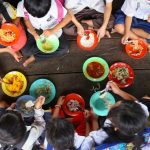 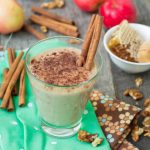 The amazing story of Hajar and how...

How much love do you have in...