My first ever trip to Makkah and Madinah 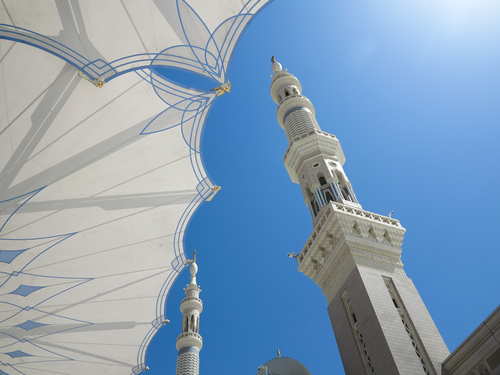 One day in 2013 I received a mail from HOTD with subject “HOTD Umrah Competition”. At first, I was hesitated to participate but later I convinced myself and participated in the competition. The winner would be announced in 2 weeks’ time.

On the 21st of April 2013, at around 00:30 am, my mobile was ringing and it was a private number. I picked up the phone after much hesitation. “Assalamu A’laikum, is it Jameel?” I replied in the affirmative. He continued “I am calling from HOTD and I am glad to inform you that you are the winner and have been selected for the Umrah trip.” Allahu Akbar!!

I was shocked and overwhelmed. I couldn’t believe that my dream was going to realize. Few minutes later, HOTD sent me a confirmation mail regarding my selection for the Umrah. I could not sleep that night, and was waiting for dawn to inform my parents about that great news.

Next morning, I informed my parents about what happened last night, and we were all in tears. Then, HOTD guided us of how to proceed and the preparation for the great journey started. I was so excited that I could not sleep for few days. Every day we kept talking about the gift received from HOTD till we reached the great day.

Here is a picture of my parents 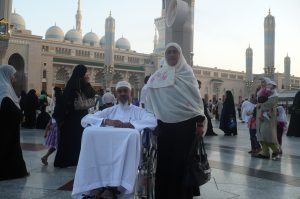 It was on a Wednesday, the 5th of June 2013 that we left home and started the great journey. We reached Makkah on the next day at around 1 pm. We were impatient to see the Ka’bah, which we have always dreamt about. We took some rest and left our hotel room few hours later to perform Umrah.

On reaching the gate of King Abdul Aziz, our heart was trembling, our eyes bending down with humility, we were walking slowly until we reached the steps, which brought us in front of the Ka’bah. Slowly, we raised our eyes and gazed at the Ka’bah for the first time in our life, Allahu Akbar Allahu Akbar! I have never been so happy in my life like when I saw the Ka’bah for the first time and I was standing between my father and mother. It was at that moment that my dream came into reality and this was due to HOTD, Alhamdulillah Thumma Alhamdulillah.

We started performing Umrah after admiring the Ka’bah for quite a long time. It was the greatest moments of my life. We stayed in Makkah for 4 nights. My days in Makkah were memorable. Despite being there, I was waiting to receive the hadith from HOTD as usual.

It was a Monday, the 10th of June 2013, we were preparing to leave Makkah for Madinah. After Zuhr prayer, we packed our luggage and were waiting for our transport. At that moment my heart was crying so much that I returned back to the Grand Mosque to watch the Ka’bah again for a last time. That was the toughest moment of my life, tears flowing from my eyes, my heart cried with regret while losing the sight of the Ka’bah, “Ya Allah return me to this Holy land again,” my heart yearned for this blessed place.

We left Makkah at around 2.30 pm. On one side our heart were saddened for leaving this unforgettable place but on the other hand out heart was pleased and impatient to reach the city of Prophet Muhammad (PBUH). On our way to Madinah, I kept thinking about the migration of the Prophet to Madinah, how difficult it would have been at that time. Finally, we reached Madinah at the time of Maghrib prayer.

After check-in in our hotel, I immediately rushed towards the Nabawi Masjid. On entering the door of King Fahd I was amazed looking at the beauty of the Prophet Mosque, it was like being in a palace. I had no idea where the Rowda is as that was the first time I entered this Masjid. I kept walking till I found myself in front of the Rowda as if someone has guided me to the right place. I sent salaam on Prophet Muhammad (PBUH), on Abu Bakr and Umar as well.

We stayed in Madinah for 5 nights. And during our stay, I got the opportunity to visit the Baqi cemetery, the place of Uhud, Masjid-e-Qiblatain and Masjid-e-Quba.

Madinah is really a place of tranquility and peace, as the Prophet said in a hadith “O Allah! Bestow on Madinah twice the blessings You bestowed on Makkah.”

This is me and my parents. 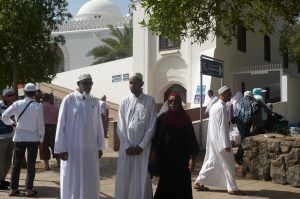 We left Madinah on a Sunday early morning, the 16th of June. We felt very sad as our journey was ended. But we are very thankful to HOTD for giving us this opportunity, which we would not have been realized without their support. And special thanks also to the donor, whom we will never forget till our last breathe.

May Allah reward the donor and his family in this world and the hereafter, and also the HOTD team for their full support.
Ameen, thumma Ameen

By Jameel Ahmed from Mauritius 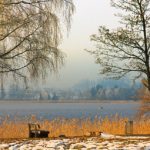 Today’s Beautiful Hadith is about Hypocrites 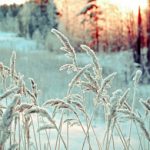 Today’s Beautiful Hadith is about Graves

Why can’t we see God?