My name is Nizam and this is how I accepted Islam 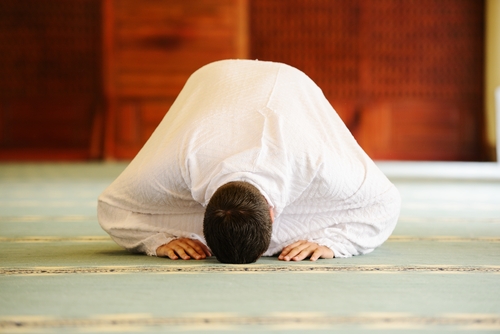 My name is Nizam and I live in the US. My parents raised me agnostic, but my family has Christian roots. We only went to church on the holidays, and I went to Sunday school a few times as a kid. We celebrated Christmas and Easter but it was mostly a family get together with presents, there was little to no religious component although I knew the basic “Christmas story” as a child.

When I was in 5th grade a girl in my class gave a presentation about how her family was an atheist. This was the first time I had been exposed to “other options” and hadn’t ever really considered that there were other options. This sparked a passion for learning about and discussing religion. I started looking into Christianity first and exploring atheism and agnosticism, and had a lot of discussions with my parents and friends. I would say I self-identified as agnostic at this point. I was never satisfied with Christianity; I thought the idea of Jesus (AS) as simultaneously God and human, and the Trinity were confusing and illogical. I also felt that there were a lot of contradictions in the Bible and that because it was the work of humans, and later edited, that it couldn’t really be wholly true. As I got older I started migrating towards atheism, and felt that science was in direct opposition to religion. This was probably a result of the way the Church handled scientific advancement throughout its history. This lead me to read and listen to Richard Dawkins and others like him and as a result I started to identify as an atheist.

I continued to research Christianity because I still found religion fascinating. I enjoyed studying what the various scriptures said as well as how the religion manifested itself in its followers. I saw a lot of hypocrisy and disconnect between the Bible and Christians in the US. I also saw a lot of contradictions in the Bible. Eventually I became an “angry atheist”; I blamed religion for many of the world’s problems. I was still very interested in religion and continued to research more about various religions. I expanded my search to a variety of religions including Buddhism, Hinduism, Judaism, and briefly Islam. I had a couple of Muslim friends in high school and we discussed it once or twice, but never in much detail. I also had a few Jewish friends and had a few discussions with them. No one I talked to seemed to take their religion all that seriously. I went to an Episcopalian (Christian denomination) high school for my last two years of high school after moving and learned a bit more about Christianity. I went because it was a good school, not because my parents or I had any particular desire to go to a religion school. And honestly there wasn’t much of any religion in the daily routine. I took a required theology class my senior year and the teacher exposed us to a variety of religions in an incredibly fair way Masha’Allah. He was one of my favorite teachers in high school. In college I took a philosophy of religion class, which presented philosophical arguments for and against the existence of God and briefly arguments for Christianity. Neither arguments for or against were at all convincing. About the same time I started taking biology classes. As I learned more about biology and evolution the more I became convinced that there has to be something else at play. I really did understand the power of evolution by natural selection, but I still felt it was insufficient to explain the world around us.

The more I learned about biology, the closer I came to believing in God. I also met a Muslim friend who was president of Students for Justice in Palestine at my university. We had a really great discussion for several hours about Palestine and Islam after class. I ended up joining the student organization shortly after that which gave me even more exposure to Muslims. I had been involved in pro-Palestine work in high school but hadn’t done much my first few years of college. At this point in my life I was devoting a substantial portion of my free time into investigating religion and started to look deeper into Islam. I had a lot of discussions with my Catholic, Muslim and Atheist friends. And I watched debates and lectures online. And then I read a translation of the meaning of the Qur’an. I had started to read a really difficult English version about a year previously, but didn’t get far at the time. This time I couldn’t put it down. I had a pdf on my phone and computer and read it between and during class, and whenever I had a minute of free time. I think I read it in about a week. Subhan’Allah. I started watching a lot of lectures on the miracles of the Qur’an, specifically the scientific miracles and the preservation of the Qur’an. I soon knew that this could only be from Allah. Alhamdulillah. I had expected to be convinced that a God of some nature existed before I found any religion that I thought contained the truth, but Islam, and the Qur’an, convinced me that there is a God. It was quite unexpected. As I was reading the Qur’an I started making dua. I didn’t know what I was doing. I just went into sujood and asked God to guide me to whatever is true. I love the hadith:

“Allah says, ‘I am as my servant expects Me to be, and I am with him when he remembers me. If he thinks of Me, I think of him. If he mentions Me in company, I mention him in an even better company. When he comes closer to Me by a handspan, I come closer to him an arm’s length. If he draws closer to Me by an arm’s length, I draw closer by a distance of two outstretched arms nearer to him. If my servant comes to Me walking, I go to him running.” (Bukhari)

It took me a little while to take my Shahada, I wanted to learn more about Islam before I committed. I had read that it is a major sin to leave Islam after accepting it, and I didn’t want to do that. It’s odd, and I recognised it at the time, that for me to be concerned about that was a huge indicator that I did believe in Islam and the Qur’an. School ended, and I went to Africa for two months to volunteer in a hospital and then a school. One day at the hospital the doctor came to me and told me to come with him to observe a surgery. I was excited because I was considering med school at the time. We walked into a room without scrubbing up and I had no idea what to expect. Inside was a man who had cut his wrist. They were sewing it back up and he was in a lot of pain because they had given him nothing to dull it. He was writhing around and screaming and I had to leave after about 30 seconds because I felt sick. I couldn’t stand to see someone in so much pain. I was really scared that I wasn’t going to be able to be a doctor, and begged Allah for help. Later on the doctor came to us again and asked if we wanted to observe a c-section. I was scared about having to walk out again but went anyway. I made a lot of dua to Allah to grant me strength so that I could stay in and Alhamdulillah I didn’t feel the slightest bit nauseous throughout the whole procedure despite the woman being in a lot of obvious pain.

When I got back to the US I continued my research on Islam and eventually in November 2011 took my Shahada. Alhamdulillah it was the best decision of my life.

Looking back I know that I was never truly satisfied with my religious or spiritual beliefs until I accepted Islam. And I am so thankful to Allah for guiding me, Alhamdulillah.

Now Insha’Allah I want to go to the Middle East to study Islam full time, and one day be part of the ‘Ulama Insha’Allah. 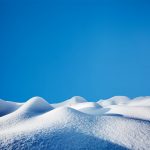 Allahu Akbar… May Allah guide us all in the right path. Ameen

SubhanAllah …. thanks to Allah give the truth way … islam is greatfull .

Alhamduliliah….Remember you were handpick by Allah(swt) to become a Muslim…May Allah(swt) guide on the straight path Ameen.

Could you please share which translation you read? We are always looking for an easy to read/understand version for our son.

Please use the Sahih International Translation. It is written in modern day English (for i.e not like “thou” etc) Its also highly recommended by all modern day scholars. I use it myself and it is very easy to understand.Get the PDF version from http://islamtomorrow.com/downloads/index.asp or Download the Software version.

Jazak’Allah Khair’un!! May Allah (swt) reward you for this Ameen.
🙂

Alhamdulilah… Great u did and Autumn u also….

I wanna know u

MashALLAH .And Its really inspiring .If you need any kind of help or suggestion to com in middle east i can guide you completely inshALLAH

Masha Allah . so inspiring, its a shame that we, the born muslims, are so far from our religion and Allah, and these newcomers are so close to Allah … may we get to know our religion more and follow the path of our prophet S.A.W . ameen

Only if everyone dug deeper like him and found Islam, there wouldn’t be so much ignorance or hatred.

Alhamdulillah, this is very similar to my story.. may Alllah Azziwijjal open your doors my brother..

SubhanAllah, Alhamdulillah, Allahuakbar… Thank you brother… Thanks Allah for choosing as as Muslim… Your story touches my heart…

You read the Quran in a week? Good for you. So many of us who were born into Muslim families struggle to read it in a month during Ramadan. I certainly wish more of us had your passion (including myself).

Assalam Aleykoum dear brother, thank you for sharing your path of life. I would like to know now what is your view about evolution by natural selection ?

MashaAllah. Very inspirational.. May Allah(swt) grant you your dream .. AMEEN