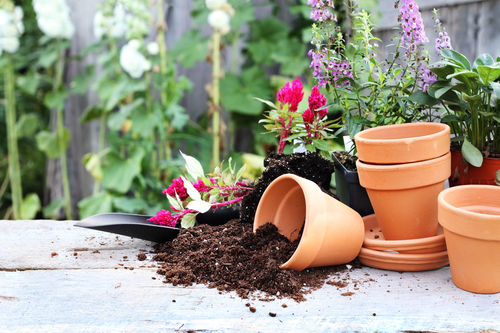 So a few weeks ago I asked the question, ‘Why do people have to leave each other?’ The answer took me into some of my life’s deepest realizations and struggles. But it has also led me to wonder: After people leave, do they ever return? After something we love is taken from us, does it ever come back? Is loss permanent—or just a means for a higher purpose? Is loss the End itself, or a temporary cure for our heart’s ailments?
There’s something amazing about this life. The very same worldly attribute that causes us pain is also what gives us relief: Nothing here lasts. What does that mean? It means that the breathtakingly beautiful rose in my vase will wither tomorrow. It means that my youth will neglect me. But it also means that the sadness I feel today will change tomorrow. My pain will die. My laughter won’t last forever—but neither will my tears. We say this life isn’t perfect. And it isn’t. It isn’t perfectly good. But, it also isn’t perfectly bad, either.

Allah (glorified is He) tells us in a very profound ayah (verse): “Verily with hardship comes ease.” (Qur’an, 94:5). Growing up I think I understood this ayah wrongly. I used to think it meant: after hardship comes ease. In other words, I thought life was made up of good times and bad times. After the bad times, come the good times. I thought this as if life was either all good or all bad. But that is not what the ayah is saying. The ayah is saying WITH hardship comes ease. The ease is at the same time as the hardship. This means that nothing in this life is ever all bad (or all good). In every bad situation we’re in, there is always something to be grateful for. With hardship, Allah also gives us the strength and patience to bear it.

If we study the difficult times in our lives, we will see that they were also filled with much good. The question is – which do we chose to focus on? I think the trap we fall into is rooted in this false belief that this life can be perfect—perfectly good or perfectly bad. But that’s not the nature of dunya (this life). That’s the nature of the hereafter. The hereafter is saved for the perfection of things. Jannah (paradise) is perfectly and completely good. There is no bad in it. And Jahannam (hell – may Allah protect us) is perfectly and completely bad. There is no good in it.

By not truly understanding this reality, I myself would become consumed by the momentary circumstances of my life (whether good or bad). I experienced each situation in its’ full intensity—as if it was ultimate or would never end. The way I was feeling at the moment transformed the whole world and everything in it. If I was happy in that moment, past and present, near and far, the entire universe was good for that moment. As if perfection could exist here. And the same happened with bad things. A negative state consumed everything. It became the whole world, past and present, the entire universe was bad for that moment. Because it became my entire universe, I could see nothing outside of it. Nothing else existed for that moment. If you wronged me today, it was because you no longer cared about me—not because this was one moment of a string of infinite moments which happened to be tinted that way, or because you and I and this life just aren’t perfect. What I was experiencing or feelings at that instant replaced context, because it replaced my entire vision of the world.

I think in our experiential nature, some of us may be especially susceptible to this. Perhaps that is the reason we can fall prey to the “I’ve never seen good from you” phenomenon which the Prophet ? (peace be upon him) referred to in his hadith. Perhaps some of us say or feel this way because at that moment, experientially we really haven’t seen good, because our feeling at that instant replaces, defines and becomes everything. Past and present becomes rolled up into one experiential moment.

But, the true realization that nothing is complete in this life transforms our experience of it. We suddenly stop being consumed by moments. In the understanding that nothing is limitless here, that nothing here is kamil (perfect, complete), Allah enables us to step outside of moments and see them for what they are: not universes, not Reality, past and present, just that—a single moment in a string of infinite moments…and that they too shall pass.

When I cry or lose or bruise, so long as I am still alive, nothing is ultimate. So long as there is still a tomorrow, a next moment, there is hope, there is change, there is redemption. What is lost, is not lost forever.

So in answering the question of whether what is lost comes back, I study the most beautiful examples. Did Yusuf return to his father? Did Musa return to his mother? Did Hajar return to Ibrahim? Did health, wealth and children return to Ayoub? From these stories we learn a powerful and beautiful lesson: what is taken by Allah is never lost. In fact, it is only what is with Allah that remains. Everything else vanishes. Allah (swt) says, “What is with you must vanish: what is with Allah will endure. And We will certainly bestow, on those who patiently persevere, their reward according to the best of their actions.” (Quran 16:96)
So, all that is with Allah, is never lost. In fact the Prophet ? has said: “You will never give up a thing for the sake of Allah (swt), but that Allah will replace it for you with something that is better for you than it.” (Ahmad) Did not Allah take the husband of Umm Salimah, only to replace him with the Prophet ??

Sometimes Allah takes in order to give. But, it’s crucial to understand that His giving is not always in the form we think we want. He knows best what is best. Allah says: “… But it is possible that you dislike a thing which is good for you, and that you love a thing which is bad for you. But Allah knows, and you know not.” (Quran 2:216)

But if something is going to be returned in one form or another, why is it taken at all? Subhan’Allah. It is in the process of ‘losing’ that we are given.

Allah gives us gifts, but then we come to love them as we should only love Him. We take those gifts and inject them into our hearts, until they take over. Soon we cannot live without them. Every waking moment is spent in contemplation of them, in submission and worship to them. The mind and the heart that was created by Allah, for Allah, becomes the property of someone or something else. And then the fear comes. The fear of loss begins to cripple us. The gift—that should have remained in our hands—takes over our heart, so the fear of losing it consumes us. Soon, what was once a gift becomes a weapon of torture and a prison of our own making. How can we be freed of this? At times, in His infinite mercy, Allah frees us…by taking it away.
As a result of it being taken, we turn to Allah wholeheartedly. In that desperation and need, we ask, we beg, we pray. Through the loss, we reach a level of sincerity and humility and dependence on Him which we would otherwise not reach—had it not been taken from us. Through the loss, our hearts turn entirely to face Him.

What happens when you first give a child a toy or the new video game he’s always wanted? He becomes consumed by it. Soon he wants to do nothing else. He sees nothing else. He doesn’t want to do his work or even eat. He’s hypnotized to his own detriment. So what do you do, as a loving parent? Do you leave him to drown in his addiction and complete loss of focus and balance? No.
You take it away.

Then, once the child has regained focus of his priorities, regained sanity and balance, once things are put in their proper place in his heart and mind and life, what happens? You give the gift back. Or perhaps something better. But this time, the gift is no longer in his heart. It is in its proper place. It is in his hand.

Yet in that process of taking, the most important thing happened. The losing and regaining of the gift is inconsequential. The taking of your heedlessness, your dependence and focus on other than Him, and the replacing it with remembrance, dependence and focus only on Him was the real gift. Allah withholds to give.
And so sometimes, the ‘something better’ is the greatest gift: nearnesss to Him. Allah took the daughter of Malik Ibn Dinar in order to save him. He took his daughter, but replaced her with protection from the hell-fire and salvation from a painful life of sin and distance from Him. Through the loss of his daughter, Malik ibn Dinar was blessed with a life spent in nearness to Allah. And even that which was taken (his daughter) would remain with Malik ibn Dinar forever in Jannah.

Ibn ul Qayyim (may Allah be pleased with him) speaks about this phenomenon in his book, Madarij Al Salikin. He says: “The divine decree related to the believer is always a bounty, even if it is in the form of withholding (something that is desired); and it is a blessing, even if it appears to be a trial and an affliction that has befallen him; it is in reality a cure, even though it appears to be a disease!”
So to the question, ‘once something is lost, does it return?’ the answer is yes. It returns. Sometimes here, sometime there, sometimes in a different, better form. But the greatest gift lies beneath the taking and the returning. Allah tells us: “Say, ‘In the bounty of Allah and in His mercy – in that let them rejoice; it is better than what they hoard.’” (Quran, 10:58) 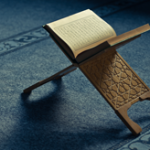 Thank you! I was suffering from several terrible losses and was at the edge of losing myself in the process. The read has been an eye opener. Thank you!

Amazing article ! Indeed Allah is the most merciful and All-knowing , we just don’t realize it .