In order to get through life with ease, the Early Muslims (salaf) focussed on certain key ways of living that would make it spiritually and practically easier and more fruitful. They coined a term for the different and variegated rules that they lived by, a term that summarised the system of living for the Next Life. They called it Zuhd: Unattachment in This World. For purposes of this article series, we have found the best match in terms of meaning to be asceticism. Other terms to describe Zuhd are unattachment or being unconcerned for worldly matters, or living simple. This is the first article from a series of articles and podcasts by SeekersGuidance scholar, Shaykh Farid Dingle.

Based on this theme, and exactly under this title, many Early Muslims wrote books collecting hadiths and wisdom of the righteous.

Abdullah ibn Al Mubarak (d. 181 AH), Imam Ahmad, Ibn Abi Dunya, Abu Dawud, and Bayhaqi besides many others compiled the sayings and practices of the Prophet (peace and blessings be upon him) and the early Muslims regarding the universal approach to life.

One such work on this topic was that a very influential teacher of Imam al Shafii, Waki ibn al Jarrah (d. 197). Waki was a major hadith narrator and scholar of law (fiqh). To get a sense of what kind of a man he was, here are a few lines of poetry that Imam al Shafii composed after he asked him for advice on seeking Sacred Knowledge:

I complained to Waki of my bad memory

So he told me to leave off sin.

He said Sacred Knowledge is a light

And that the light of Allah is not given to sinners.

Waki was not just a scholar of Islamic Law (faqih), or just a hadith narrator (muhadith). Above and beyond his learning, he was someone who had genuinely internalized the spiritual teachings of Islam and become a beacon of light to the hearts of those around him – or rather a beacon of light for all posterity. Waki opens his work on Asceticism (Zuhd) with the words of Muhammad ibn Kab al Quradhi (d. 108), ‘When Allah wishes well for a slave, He makes him uninclined towards This World, gives him a proper understanding of religion, and opens his eyes to his faults. Whoever has been given these have been given the good of this life and the next.’

These three traits summarise the whole book and whole way of life of the Early Muslims (salaf): 1. a heart that is turned towards Allah & the Hereafter and away from the Devil & this life, 2. sound and objective learning in Islam, and 3. the willingness and aptitude to engage in personal change.

Letting Go of This Life

He then follows it up with another piece of wisdom from the Prophetic Companion Abu Waqid al Laythi that shows why exactly the Early Muslims (salaf) focussed so much on Asceticism (Zuhd). He said,

‘We searched all the deeds that could be done in this life, and never found anything more helpful in striving for the next life than being unconcerned about this life.’

The reason why this is so central to the Islamic way of life is that whilst we long for this life and its pleasures, we have to persistently contend with desires that pull us towards the haram: illicit sexual relations, amassing money in haram ways, the lust of showing off or belittling others, etc. As soon as we are able to let go a little, we give ourselves a fighting chance of keeping to the straight and narrow while still giving our bodies what they need. As Umar ibn al Khattab said,

‘You will never be able to work for the next life with anything better than unattachment to this life.’

Waki then clarifies a very important point: one being uninterested in this life does not mean one does not get involved, or even enjoy, this life. The point is that we use our time and opportunities in this life to maximize our benefit in the next life. Although this often means doing without, consuming less, and generally delaying our own gratification, it doesn’t necessarily mean we ignore our own emotional and physical pleasures. It means we temper them and use our emotional and physical pleasures for worship of Allah.

The Trade-Offs in the Face of Limited Time

The great jurist, hadith scholar, and ascetic Sufyan al Thawri states, ‘Abstinence in this life means working with the assumption that you will not live long. It is not about eating coarse food or wearing poor clothes.’ When you know that your time on earth is extremely limited, and your time in the next life is not limited at all, you “trade-in” whatever you can of this life for the next. Sometimes the trade-off means less immediate enjoyment, such as fasting, and sometimes it is not a trade-off at all: you literally get to keep your cake and eat it. There is a reward, for example, in celebrating Eid, getting married, or breaking your fast, even though there is no obvious and outward “abstinence” in these acts of worship. This is a very fundamental point indeed and makes a very clear and determined line between Islamic asceticism and asceticism as applied by many other religions.

Another aspect of the way of Zuhd is not being complacent. Waki quotes the Prophet (peace and blessings be upon him) saying,

‘There are two blessings that most people sell themselves short on: free time and health.’ As the quote from Sufyan al Thawri stated previously The proper way to live life is to assume you do not have a lot of time. Complacency creeps in when we assume we have all the time in the world to get our obligations done, or to repent from our bad ways. Allah reminds of death’s eminence in the Quran saying, ‘Indeed the very death from which you all are fleeing is already coming to you.’ (Quran, 62: 8).  And as Imam al Ghazali says, ‘Whoever wakes up in the morning thinking that he will be alive at night, or vice versa, will necessarily be plagued by some form of laziness or procrastination, and will only be able to travel forward at the slowest of paces.’

This sense of urgency is exactly what Mujahid, one of the greatest scholars of Quranic exegesis (tafsir) and law (fiqh), learned from Ibn Umar. He told him, as Waki and others narrate to us, ‘Mujahid! When you enter the morning, don’t assume you will be alive in the evening, and when you enter the evening, don’t assume you will be alive in the morning. Take advantage of being healthy before you get sick, and take advantage of being alive before you die. You have no idea what will happen to you tomorrow.’

In order to clarify what is meant by the opening words of Muhammad ibn Kab al Quradhi, Waki cites a hadith that delineates the way and point of studying Sacred Knowledge. ‘O Messenger of Allah,’ said one of the Companions, ‘teach me something really novel (gharaib)!’

‘Why are you asking about what is novel?’ he replied. ‘Have you applied the basics of knowledge yet?’

‘O Messenger of Allah, what are the basics of knowledge?’

‘Do you appreciate who and what the Lord is?’

‘What have you done to honor His due.’

‘Do you recognize the fact that you will die?’

‘So what have you prepared for it?’

‘Go and apply the basics of knowledge properly first, and then come and learn novel sacred knowledge.’

We can see very clearly that Sacred Knowledge in the eyes of the Prophet (Allah bless him and give him peace) and in the eyes of the Early Muslims was nothing to do with glamour, self-gratification, or debating abstruse and esoteric theories of law, being or anything else. It was about an attitude towards oneself and others that were dyed and imbued by one’s deeds, fear, awe, respect, and love of Allah Most High.

Waki quotes another hadith to the same effect:

‘O Messenger of Allah, verily Allah has blessed all of the Muslims by you, so teach me something special [that no one else knows]!’

‘Are you going to apply what I teach you?’ the Companion replied.

‘Whenever you decide to do something, think carefully about its end result: if it is good, do it; if it misguidance, then don’t do it. Now go!’

It is in this very vein that Waki quotes Umar ibn al Khattab saying, ‘Understanding life (fiqh) is not something acquired by becoming old, rather it is a gift from Allah and provision from Him.’

Die Before You Die

As an acid test of sound and meaning Islamic knowledge, Waki cites another hadith:

The Prophet (Allah bless him and grant him peace) recited, ‘As for he whose heart Allah opens up to Islam, he is on a brilliant light from his cherishing Lord.’ Then he said, ‘When light dawns upon the heart, it dissipates and spreads.’

‘O Messenger of Allah, does it have any tell-tale signs?’

‘Yes, a lack of concern for the abode of delusion, turning to the abode of immortality, and readying oneself for death before one dies.’

This hadith sums up the method and results of this beautiful way of life and provides the checks and balances needed to make sure that one is truly going in the right direction.

First, there is a drive from within to make things right again with Allah. That light spreads and manifests in various aspects of one’s life making life more lucid and meaningful. The sign of this happening is taking the practical measures to fix things up before one dies.

This requires that one let go of this world a little, and it results in one letting go completely. Dying before one dies, so as to speak.

This is the theme of the Asceticism (Zuhd) literature. Easy words to read. Hard words to put into practice.

Ten Action Items for the Month of Shaban 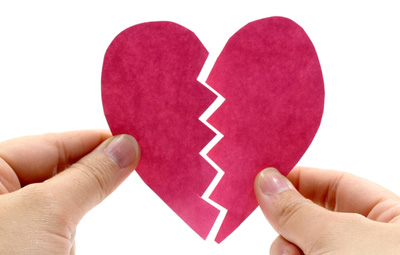 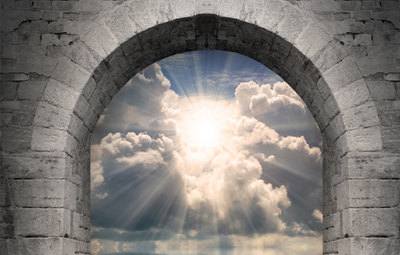 The true test of faith: how to react in the midst of tragedy and hardship