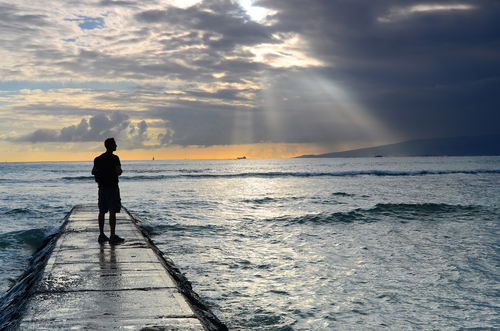 A friend of mine was doing Umrah a few years ago. Like everyone else, she fell absolutely in love with Al-Masjid AnNabawi (The Prophet’s Mosque) and she made it a point to pray each of the 5 daily prayers there during her entire stay.

She had a lovely stay. But during the last few days, something happened…

She was coming out of the masjid after Duhr prayer when she saw a lady crying out loudly saying that she lost her slippers and can’t find them anywhere. Everyone was looking for them with her to calm her down. The lady was really loud and panicking.

My friend thought to herself, “They always do that! Those people from the ‘X’ nationality are always like that! They LOVE to make a scene and they never follow orders. I’ve been here everyday for 10 days and this never happened. There is something wrong with this lady. That’s really annoying that she would make this scene here. And maybe she didn’t really lose her slippers, maybe she was lying or she had some other bad intentions…”

These were the thoughts that went on in my friend’s mind.

She had a pre-established judgement about an entire group of people from a certain nationality. She judged the woman based on that. She had a bit of an arrogant attitude.

Then she gave that lady “the look”, i.e. the look of judgement/disapproval…etc.

But what happened next?

On her way out from Asr prayer, my friend didn’t find her own slippers! She panicked and was filled with embarrassment. Her hotel was far away and she was worried about walking there barefoot. One of her friends offered her an extra pair of slippers and the issue was resolved.

Then, on her way out from Maghrib prayer, my friend didn’t find her slippers… AGAIN! This time she was really shocked and embarrassed. It’s very strange; she’s been to this place numerous times before and she has been going everyday for 10 days and this never happened to her… She had to walk to a nearby store barefoot and bought a pair of slippers. She was very embarrassed as the people in the store and the seller were giving her “the looks”!

Then, on her way out from Isha prayer, guess what happened? SHE DIDN’T FIND HER SLIPPERS….AGAIN!
It was like a slap on the face. She walked again barefoot to the same store she just bought slippers from to buy a new pair… and it was deeply, deeply embarrassing!

This whole experience was very humbling to her.

She couldn’t help but remember her attitude with the lady she saw earlier in the day, and she felt embarrassed that she judged her and thought ill of her…

You know who else judges people by external appearances, doesn’t have humility, patience or wisdom to have a different attitude? Shaytan (Satan)!

The very first encounter Satan had with our father Adam (peace be upon him) was one in which he has done just that: he judged Adam by his appearance, thought ill of him and his kind and acted arrogantly.

When my friend told us her story, we realized that Allah was teaching her a lesson. Allah helps us purify ourselves and our hearts and our thinking. It is displeasing to Allah to observe His slave thinking arrogantly and acting arrogantly towards other people…especially if unjustly and especially that it is Allah who knows the full truth and it is a wrongdoing to judge while you have insufficient knowledge. This may reflect corruption of the heart and it is not befitting of a believer to have bad expectations and lack humility and mercy with people— especially those he/she may not like. Such attitude takes away the light of one’s heart, and having discipline, mercy and humility are a sign of true faith which is the true light of the heart.

“O you who have believed, do not follow the footsteps of Satan. And whoever follows the footsteps of Satan – indeed, he enjoins immorality and wrongdoing. And if not for the favor of Allah upon you and His mercy, not one of you would have been pure, ever, but Allah purifies whom He wills, and Allah is Hearing and Knowing.” (Qur’an 24: 21)

My friend acknowledged her wrongdoing and she was really humbled by this experience; this made her journey even more spiritual as she observed how Allah is Seeing and Hearing, and how He teaches and purifies His slaves.

May Allah grant us all light, purity and mercy to live by and share with all His slaves. 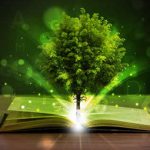