In the first part, we discussed a few tips to transform the prayer experience, in this part, we continue with more tips:

What are we actually asking Allah for here?

We want to be guided… to entering the best and nearest place to Our Beloved Creator Allah Almighty in Paradise, guided to His Pleasure and Closeness and Success on The Day of Judgment and attainment of eternal paradise….Guided to all that what is good and pure in this life and the next… Right?

The issue is, however, sometimes we don’t actually mean what we say. While we ask Allah for His guidance, once we finish the prayer, we go ahead and make decisions that might not be in favor of our guidance, and might not really benefit us on the Day we meet Allah. Sometimes we worry more about our dunya arrangements without bearing in mind being successful and guided with Allah Almighty.

And so, if we really think of our destination which we are all heading to, we will be more serious and sincere about wanting to be guided.

We have only one life, and this will determine which place we will end up in for eternity.

That’s a serious matter. We are all going back to Allah, our death could be any minute and no one can prevent the Day of Account from happening no matter how much they disbelieve, they won’t prevent it. So, if we put that in mind daily, and we ask Allah for His guidance, we will make sure we are ready and successful in the biggest test we have, the test of remaining on the straight path leading to our most desired destination.

And the beauty is that Allah is reminding us that we don’t just worship Him as though He is expecting us to present something to Him. Rather, He is reminding us to say “You alone we ask for Help,” Allah is The One who will help us remain on the straight path and earn the highest rewards and success and peace in this life and the next. He is reminding us to seek Him. He is offering us Paradise, His connection -which the most sophisticated relationship we could ever have-, as well as His own beautiful Devine Help to accomplish our goal.

And we need to remember that if we don’t ask for guidance or seek His help for guidance, we might actually end up getting lost.

I remember once driving to a destination that I didn’t know quite well, but my brother- who wasn’t with me at the time- knew it well. So he told me he will keep calling me to make sure I remained on the right track.

He kept calling me every 5-10 minutes. It was good at first, but then I felt calling me every 5 minutes is really unnecessary and there was no need for all of this hassle and calls. Then, subhanAllah, I missed one of his calls while there was a bridge that I was supposed to take. I missed taking that bridge and ended up going in a completely wrong direction. It took us so long to actually fix that mistake and go back on the right road. I really appreciated then the calls he was making because it kept me on track- even though I felt they were too much.

Now, to Allah belongs the Highest Example, He calls us five times a day every day essentially to help us remain guided on the right track and never get lost. Isn’t this generosity and mercy from Him? It is such a gift and a major aid in our advantage, while sometimes we look at it as a burden…

May Allah sincerely guide us and guide our hearts and minds to the best understanding and best conduct in this life and best reward in the next. Ameen.

Ibn ‘Abbas (May Allah be pleased with them) reported:

The Messenger of Allah (ﷺ) said: “Glorify your Lord in Ruku’ (bowing posture) and exert yourself in supplication in prostration. Thus your supplications are liable to be accepted.” [Muslim]

Sujood (prostration) has many benefits.

The Messenger is reported to have said: ‘No worshipper performs a prostration to Allah except that by it Allah will raise him a level, and erase a sin from him for it.'” [Jami` at-Tirmidhi]

The Messenger of Allah (ﷺ) said, “A slave becomes nearest to his Rubb when he is in prostration. So increase supplications while prostrating.” [Muslim]

Try elongating your prostration, make dua, take to Allah, or just say “Ya Rab” with sincerity and pure dedication to Him… and insha’Allah this will be a major source of peace.

Allah Almighty sent us the Qur’an as guidance, light and mercy. The more we learn and understand it, the more we will be able to internalize these aspects and allow the Qur’an to transform our condition.

So, it is really essential to delve deeper into understanding the meaning of the verses you’re reciting. There are many easily accessible and beneficial resources available online to help you perfectly with that, like Bayyinah Podcast and Bayyinah TV.

Try to listen to tafseer of a new short surah every week, for example, and allow this new surah to be present in your prayers.

The more we understand Allah’s Words, the more we will allow ourselves to learn from Him and be deeply connected with Him and influenced by His incomparable gift: the Qur’an.

I remember once we were going through some difficult times. Then, it was time for night prayer, and upon entering the prayer, I remembered a particular surah that I don’t recite frequently, I felt like reciting that Surah then.

Because I wasn’t sure I remembered it correctly, I was reciting it slowly and carefully. While doing that, I realized that the Words of Allah in this Surah respond so powerfully and perfectly to everything that was happening around me that day …. It really broke me into tears how much Allah is Near, All Knowing and All Acquainted of everything that goes in our hearts, minds and lives.

SubhanAllah, the more we expand in knowing the Qur’an, the more it will expand our hearts and minds and help us when we need it.

The Prophet (peace and blessings upon him) taught us amazing supplications and adhkar to recite after the prayer that increase us in rewards, wipe our sins and leave our hearts and minds peaceful and purified.

Among these adhkar are the following easy ones, so make sure you recite them after prayer insha’Allah.

Mu’adh (bin Jabal) (May Allah be pleased with him) reported:

Messenger of Allah (ﷺ) held my hand and said, “O Mu’adh, By Allah, I love you and advise you not to miss supplicating after every Salat (prayer) saying: ‘Allahumma a’inni ‘ala dhikrika wa shukrika, wa husni ‘ibadatika,’ (O Allah, help me remember You, expressing gratitude to You and worship You in the best manner)”[Abu Dawud and An- Nasa’i].

The Messenger of Allah (ﷺ) said, “The angels supplicate in favour of one of you so long as he remains in the place where he has performed Salat (prayer) in a state of Wudu’. They (the angels) say: ‘O Allah! Forgive him, O Allah! Have mercy on him.”‘ [Al- Bukhari].

Receiving the supplications of the angels in your favour will surely bring you more peace and sakeena (serenity). So, don’t miss this opportunity.

We all know that we have shortcomings in our prayer and that it doesn’t measure up to the Status of The One we’re praying to, Glorified and Exalted be He. So, one way of rectifying that is to perform the sunnah prayers because they make up for the shortcomings in the obligatory prayers, as well as, bring you immense rewards, like building a house in Jannah for you!

The 14 pillars of prayers as described by the scholars are as follows:  (source: Islam Question and Answer, https://islamqa.info/en/65847)

So, following the right course in completing the prayer will put one in a state of humility and concentration. If you go meet a King or a President, for example, there will definitely be protocols that you need to follow in terms of where/how you should stand, what to do and when to do it…etc. There are protocols that govern almost your every move in this important meeting. This puts your mind in a state of concentration and you become humble because you’re in the presence of royalty or someone of a very high status and authority.

Now, to Allah, The King of the Universe, The Highest authority in the universe, belongs the Highest Example… isn’t it more important that we pay attention to how we conduct ourselves while in His Presence in prayer?

Of course it is.

We hope these tips have benefited you a bit. Please remember to make dua to Allah to enable you to beautify your prayer and experience its peace and beauty in your heart and entire life.

May Allah help us all enjoy His blessings and be grateful to Him and earn His Closeness in this life and the next. Ameen. 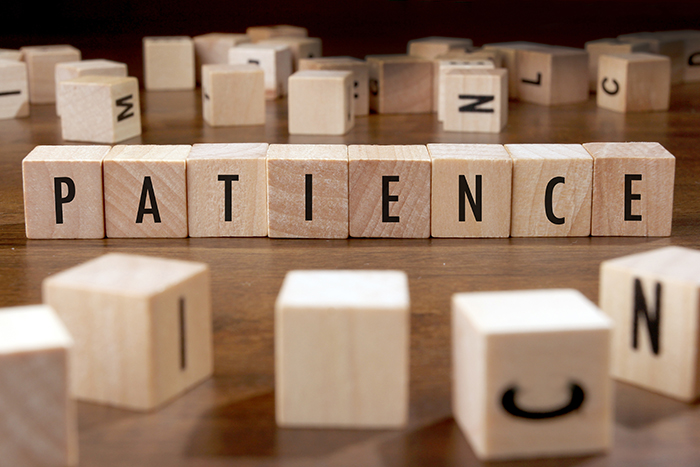 To My Dearest Daughter